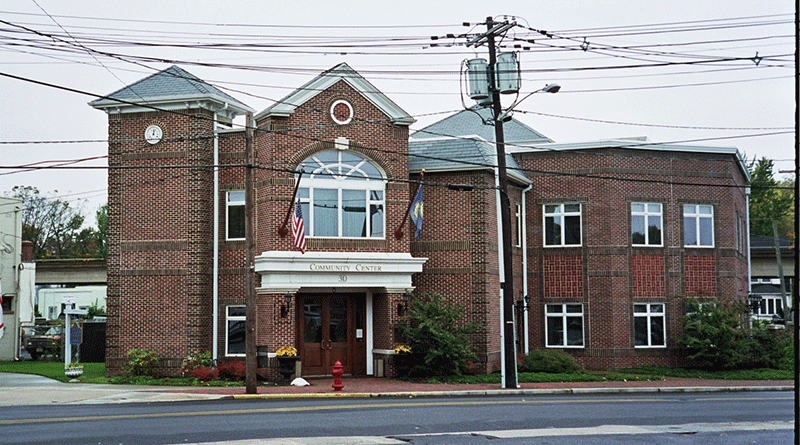 Wedged between Camden and Haddonfield, Collingswood is located just a few miles from downtown Philadelphia, and offers commuters a station on the Port Authority Transit Corporation (PATCO) Speedline for quick access into Center City. Like many inner ring suburbs, Collingswood’s residential and commercial populations decreased during the mid-1970s and 1980s, as the strip centers, planned developments, and shopping malls of outer suburbia flourished. Collingswood’s decline continued until the mid-1990s, when public officials and community leaders committed themselves to the revitalization of the borough. While it has retained its “Smalltown, USA” style, Collingswood has been transformed by several major projects into an attractive and vibrant destination for residents and visitors alike.

Officials say the turning point in Collingswood’s recent history came in 1996 when the borough took an unconventional, bold step by deciding to purchase the Sutton Towers high-rise apartment complex. Over half the units in the complex were vacant and the owner had gone bankrupt. The borough and its partner, Capital Properties, committed $16 million in renovations to the 1,025-unit complex, and renamed it the Parkview. The refurbished luxury complex is now at 95 percent capacity, with 220 units set aside for senior housing. Last year, the partnership sold the complex, netting the borough $3 million in profit. The success of the Sutton Towers redevelopment prompted Collingswood to acquire and develop several other properties in the main street area, near the PATCO transit station.

One of these projects was the redevelopment of the Zane School, another bold act by Collingswood. By the mid-1990s, the building — within a quarter-mile of the transit station — had fallen into disrepair and was condemned by the borough. The town seized the property in 1997, and converted it into a stunning office building, which is now fully rented. The borough also transformed Eldridge Gardens from a crime-ridden complex into Pewter Village, a revitalized rental community for adults age 55 and over. In addition, Collingswood has spent millions on municipal facilities, including the construction of a new community center and numerous general infrastructure improvements. At the same time, the borough instituted several business improvement district (BIDs) in the main street area. The BIDs, which levy an assessment on business owners, have improved Collingswood’s commercial district both aesthetically and financially, attracting many out-of-town visitors on weekends and weekday evenings.
According to the borough’s Director of Community Development, John Kane, over 60 new businesses have moved into Collingswood since 1998. In addition, volunteer residents hold a weekly Farmers Market in the PATCO parking lot and have formed several committees to help beautify the borough.

In 2002, the borough turned its attention to the area immediately surrounding the train station. A. Nelessen Associates was hired to conduct a visioning exercise for residents. After several meetings, residents agreed that they wanted concentrated, mixed-use, pedestrian-oriented development in the Main Street area. The town also conducted several traffic and parking studies, determining that both were a major problem. The borough acquired several grants from public sources, including a Smart Growth grant, funds for historic preservation of downtown buildings, and an award from PATCO to study parking around the station. In 2003, Collingswood was named a New Jersey Transit Village, making it eligible for future grants and providing it access to the resources of the state agency Task Force.

Most recently, the borough has become the developer of another project, the LumberYard. Located on the four-acre site of the former Peter Lumber Company, the mixed-use development will consist of 119 residential and 20 retail condominium units, featuring brick and stone facades in a brownstone-like setting with landscaped courtyards and roof terraces. The condos will range from 1- to 3-bedrooms, and from 1,020 to 2,060 square feet in size; units will sell from $225,000 to $470,000. According to the builder, Costanza Builders of Cherry Hill, over 90 percent of the residential units and all of the retail units in the first building have been reserved. The project broke ground in early 2006, and the first homeowners are expected to move in during the fall of 2007.