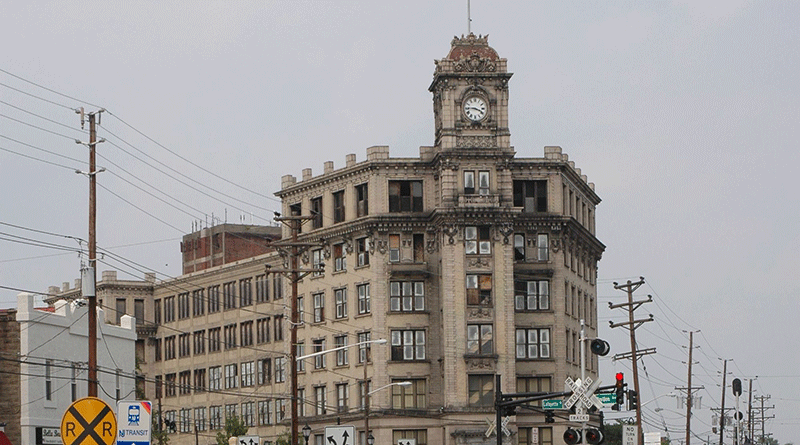 Riverside Township in Burlington County has recently announced two major projects in its transit village district. First, the township has signed a redevelopment agreement with a team of developers — Kaplan Companies, Keating Development Companies and Pulte Homes — to transform the industrial area known as the “Golden Triangle” into a $200 million transit-oriented, mixed-use development. The 32-acre industrial brownfield is anchored by the Keystone Watchcase Tower, a striking building constructed in 1908 and listed on the National Register of Historic Places. The first floor of the seven-story building, which closed over 50 years ago, will contain commercial space; 120 two-story lofts will fill the upper floors. The remainder of the property will feature 200 condominiums and 66 townhouses facing Rancocas Creek. The site is located directly opposite the RiverLINE station.

The township also agreed to terms with J.S. Hovnanian and Sons, who purchased the William F. Taubel Mills for $2.1 million. Hovnanian cited the location near the RiverLINE station as a major factor for its decision to purchase and redevelop the 1.5-acre property. Hovnanian is demolishing the existing buildings to construct 250 condominiums in two seven-story towers. All eight businesses operating in the two buildings agreed to relocate. The turn-of-the-century buildings were named after a major hosiery manufacturer that occupied the buildings from 1905 until 1930, when the business went bankrupt.