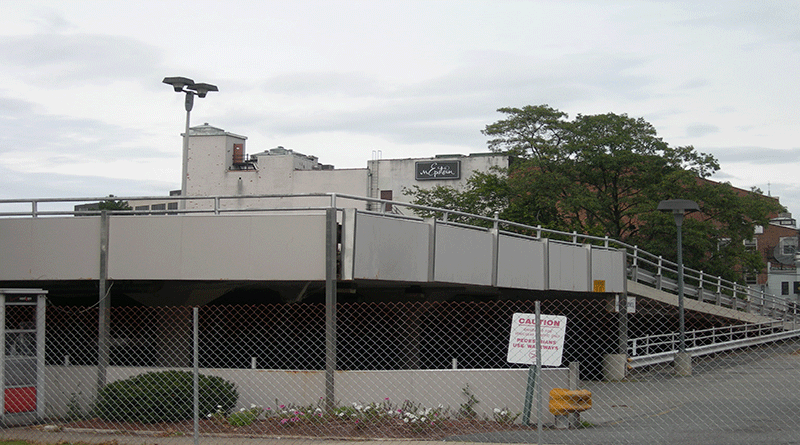 The transformation of the Epstein’s Department Store site, a landmark on the historic Morristown Green until competition from regional malls and big box discount stores forced its closure four years ago, began October 12 at a formal groundbreaking ceremony. In its place will rise two seven-story buildings (one with 116 luxury condominiums and another with 132 high-end rental units) with 70,000 square feet of retail space. This highly desirable location along South Street in the Transit Village district and the heart of the downtown shopping area, is just under a half-mile walk to the Morristown train station. The developers, Woodmont Properties and Roseland Property Company, in partnership with the Morristown Parking Authority, will also replace the old 204-space garage with a new 800-space structured parking facility along with a 20,000 square foot environmentally friendly office building.

Also included is a 36-unit condominium loft building featuring 1,500 square feet in 2-bedroom houses on DeHart Street. This loft-style building will sit over 6,000 square feet of retail. In addition to these residential units and retail space, nine townhomes will also be constructed on a vacant lot at the corner of Macculloch Avenue and DeHart Street. Each townhouse design will feature architecture that complements the neighborhood.

This is the largest project to date within the Morristown Transit Village district with an estimated investment value of $350 million. In 2006, this project was chosen as the Plan of the Year by Downtown New Jersey and received the New Jersey Planning Officials Achievement in Planning Award.

Other Woodmont/Roseland projects in the Morristown Transit Village district include the previously featured Highlands at Morristown Station, a mixed-use building with 219 rental units, 8,000 square feet of retail space and a 740-space parking garage, to be constructed on the NJ TRANSIT station parking lot. Currently, building permits are being processed and final details for temporary commuter parking are being finalized.

In partnership with Applied Development Companies, Woodmont and Roseland are also redeveloping Vail Mansion (formerly the Morristown City Hall) which includes the creation of 36 new luxury condominium flats. The mansion, just over ¼-mile from the train station, is proposed to contain a public venue (possibly a restaurant) as well as private club facilities for the residents.