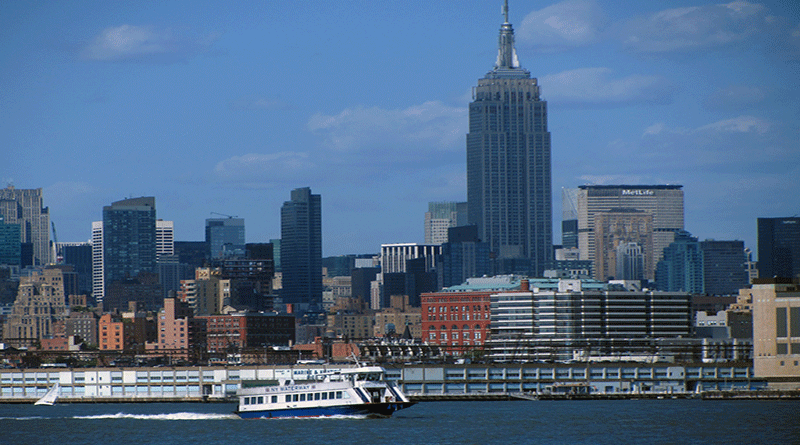 The long-awaited start of the award-winning Liberty Harbor TOD project, spanning 28 blocks in Jersey City along the north bank of the Morris Canal, has finally occurred. The developer announced that construction and marketing of the first phase, 667 condominium residences, is in full swing. The first closings are set for spring 2007 at prices from $300,000 to $1.75 million.

The product of noted New Urbanist designer, Andrés Duany, will eventually host between 9,000 and 10,000 new homes, 250,000 square feet of retail/office space, parks and civic uses. This new community will feature a variety of housing types and styles that are planned to merge seamlessly into the bordering historic Paulus Hook and Van Vorst Park neighborhoods. The project is anchored by two stops on the Hudson Bergen Light Rail line, Jersey Avenue and Marin Boulevard, and is a five-minute walk to the Grove Street PATH station with service to New York City and Newark.

This New Urbanist community is not only compact, walkable and transit-friendly, it features state-of-the-art “smart home” living. During pre-construction, the entire site was embedded with fiber to generate virtually unlimited bandwidth at all points. From a touch screen computer in each unit the owner can set controls for lighting, thermostats, security, appliances, etc. Through the Internet, these settings can be monitored from within or outside the home. For the convenience of residents and visitors, wireless capability will be available in all public areas throughout the site.