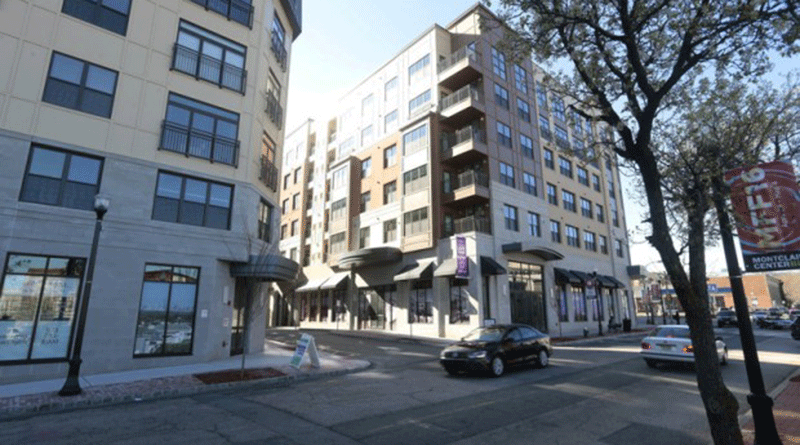 Town looks to redevelop blighted area near train station
By Meghan Grant, The Record, April 21, 2016
The Rutherford Planning Board is considering adopting area in need of redevelopment status for a 2.37-acre area located near the Rutherford Station. Rutherford was designated a NJ Transit Village in 1999 and was one of the first five communities to take part in the program. 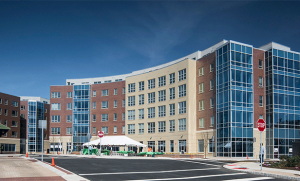 Linc 52 Condominiums Open at Transit-Friendly Location in Orange, NJ
By Steve Lubetkin, GlobeSt, April 20, 2016
Recent Transit Village designee, Orange, is the site of a new five-story condominium project, Linc 52 at Orange Station. A third of the building’s 24 units were sold before it opened this April. First time buyers can receive creative financing through the NJ HMFA’s CHOICE program, which allows access to 100 percent financing and other mortgage programs. 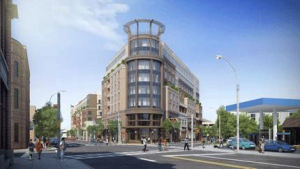 Ground broken for Montclair hotel project
By Joshua Burd, NJBIZ, April 19, 2016
At the corner of Bloomfield Avenue and Orange Road, work has begun on Montclair’s first new hotel in 80 years. The 151 room, 120,000 square foot hotel and conference center will be known as The MC. The Pinnacle Cos., The Hampshire Cos. and Circle Squared Alternative Investments have joined together on this project.

Population rebounds around train stations in N.J.
By Christopher Maag, The Record, April 15, 2016
After the 2008 recession, population growth in NJ’s transit-rich inner-suburbs and cities reverses an earlier trend toward low-density suburban growth. 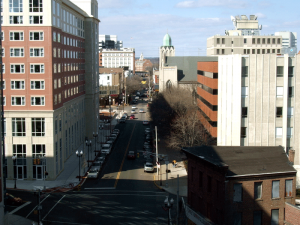 Work begins on Somerville landfill
By Mike Deak, MyCentralJersey, March 23, 2016
Remediation of the Somerville landfill has begun – a necessary next step for the designated NJ Transit Village community. Site cleanup will enable development of the site, which sits adjacent to the NJ TRANSIT Raritan Valley Line station. In February, the transit agency approved the sale of 31 acres to Holmdel-based Somerset Development, which plans to build 650 to 750 housing units on the site. 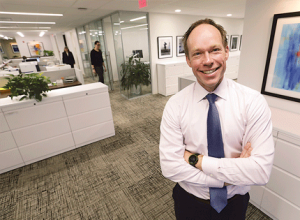 Moving into modern: Rockefeller Group’s new location in Morristown is built for the future
By Joshua Burd, NJBIZ, March 14, 2016
Like many of its clients, top NJ developer, the Rockefeller Group, has moved its NJ office to downtown Morristown – a move that has allowed it to better recruit new talent and benefit from a vibrant residential community favored by young professionals. 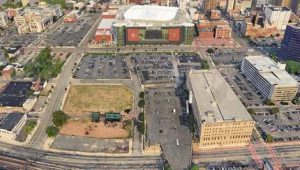 Newark, property owners reach agreement on Triangle Park redevelopment by Prudential Center
By Joshua Burd, NJBIZ, March 9, 2016
Open space and mixed-use development may soon replace a sea of surface parking surrounding Newark’s Prudential Center. An agreement between the City and Edison Properties puts in place plans to transform 22 acres of underutilized land into a commercial and residential district and provide a half-mile footbridge between the downtown and Peter Francisco Park in the Ironbound. 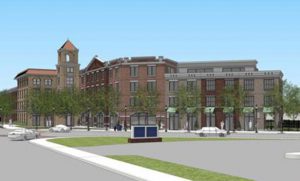 HFF Arranges $17.435 Million MF Construction Loan In Westfield, NJ
By Steve Lubetkin, GlobeSt, March 2, 2016
The Hampshire Companies and The Claremont Companies have secured financing for their 333 Central Avenue project in downtown Westfield. The mixed-use residential project is located less than 1/10 of a mile from the NJ TRANSIT station. Completion is due spring 2017. 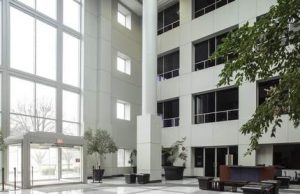 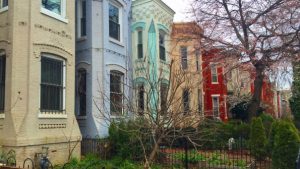 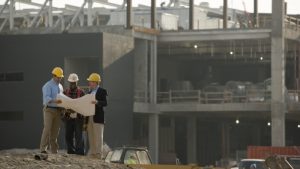 Do First Floor Retail Spaces Pencil Out for Multifamily Developers?
By Bendix Anderson, National Real Estate Investor, March 15, 2016
Wanting first floor retail and getting it to work are two different things. While busy areas with nearby shopping can support new first floor retail, neighborhood retail is likely to languish without significant population. Flexibility in first floor uses may prove beneficial in creating spaces that can be utilized for retail as demand from the neighborhood grows. 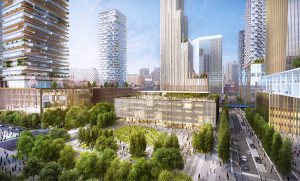 Drexel University Partnering With Brandywine On Schuylkill Yards Development
By Steve Lubetkin, GlobeSt.com, March 3, 2016
Plans are moving forward on a 14-acre master planned community to be built adjacent to Drexel University’s main campus and Amtrak’s 30th Street Station. The redevelopment of Philadelphia’s Schuylkill Yards is envisioned as a collaborative neighborhood offering a mix of academic and entrepreneurial spaces, housing, retail, and hospitality uses as well as cultural venues and public open spaces.