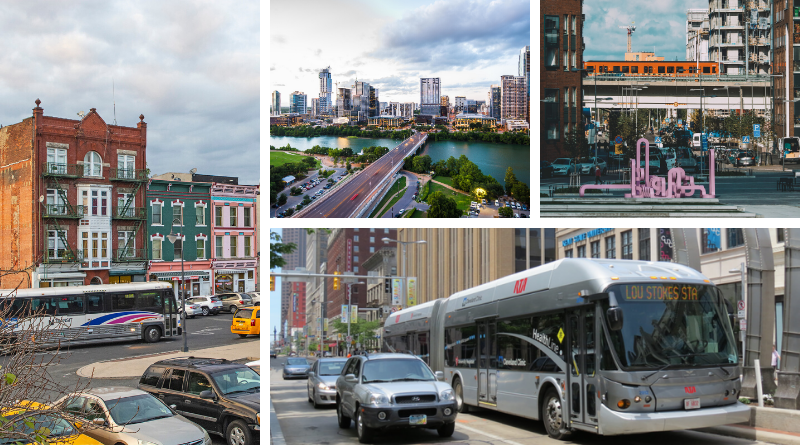 Plainfield Planning Board Approves Amended Redevelopment Plans
Carolyn Wellington, Tapinto.net, February 22, 2020
On Thursday, the Plainfield Planning Board approved two redevelopment plan updates, TODN-South Avenue Redevelopment Plan and TODD-West Redevelopment, each prepared by the Nishuane Group, LLC. The TODN plan applies to a 10.2-acre area that abuts the Netherwood Station. Amendments to this plan increase housing density from 70 to 100 units per acre and expand allowable uses to include meeting and shared work (co-working) spaces. The TODD plan governs redevelopment of a 3.27-acre area located less than a quarter mile from the Plainfield Station. Updates to this plan increase allowable building height from 10 to 11 stories, when the top floor is used as restaurant space, and reduced required parking to 0.8 spaces per dwelling unit and 1 space per 500 sq. ft. of retail.

Linden’s Transit-Oriented Redevelopment on Track
Susan Loyer, Courier News and Home News Tribune, February 24, 2020
On February 11th, the Linden Planning Board approved plans for a 402-unit apartment building to be built near the NJ TRANSIT Station. The City had previously designated the 2.72-acre site as a redevelopment area after the property reached an “advanced state of disrepair” and had been vacant for several years.  The apartment building, developed by Meridia, will have businesses on the first floor. The City of Linden was designated as a New Jersey Transit Village in 2010.

Two-Tower Residential Development to Break Ground in Jersey City
Emily Bader, ROI-NJ.com, February 25, 2020
Wallabout Realty Holdings, partnered with Dresdner Robin and Monteforte Architectural Studio, are expected to break ground soon on Parkview Apartments in the Lafayette neighborhood of Jersey City. When completed in 2021, the two 89-foot residential buildings will comprise 2 floors of parking and 7 stories of housing with 170 rental units, 18 of which are to be designated as moderate-income housing.

Meet the Millennials Reshaping New Jersey
Shelby Vittek, NJ Monthly, February 26, 2020
In Morristown and many parts of New Jersey, millennials are reshaping communities and growing in number in workplaces. However, many in this generation have chosen to leave the state, leading some communities to focus on their downtowns and to promote millennial retention by addressing issues such as the high cost of living (especially for housing) and a dearth of walkable downtowns. Municipal officials are encouraging more live-work-play environments in suburban downtown areas, focusing on walkability, access to public transportation, and increasing variety in shopping, restaurants, and entertainment options.

Greater Cleveland RTA to Study Idea of West 25th Street Bus Line, Similar to Euclid Avenue’s Healthline
Courtney Astolfi, cleveland.com, February 19, 2020
The Greater Cleveland Regional Transit Authority Governing Board recently approved a contract with Stantec Consulting Services to study the potential for bus rapid transit (BRT) along West 25th Street, one of the city’s busiest bus routes. The study, which is expected to take five years and up to $40M to complete, will lay the groundwork for the authority to appeal for federal funding to construct the line. Cleveland is the site of the Euclid Avenue Healthline, a 6.8-mile BRT route connecting Public Square, Cleveland State University, Cleveland Clinic, Case Western Reserve, and the Cleveland Institute of Art.

Growing Up in Snohomish County: Transit Hub, Development Could Cure Lynnwood’s ‘identity crisis’
Eric Wilkinson, King 5, February 22, 2020
The City of Lynnwood, Washington will soon welcome three mixed-used developments that could significantly change the landscape of the downtown. Alderwood Mall, one of Lynnwood’s most notable attractions and the site of a now-closed Sears, will be “reborn” into a live-shop-play mixed-use development with 325,000 sq. ft. of restaurant and retail space and 300 apartments. Across the street, Lynnwood Place will add 500 apartments, as well as restaurants and retail space, including a Home Depot. Northline Village will be developed as a transit hub with more than 2M sq. ft. of restaurants, retail, parks and entertainment. All three developments, including the Sound Transit Lynnwood station, are expected to be complete by July 2024.

Land Use Code to Protect Transit-Oriented Trees and Increase Canopy Cover
Ryan Thornton, The Austin Monitor, February 24, 2020
Last week, Austin City Council amended the draft to the city’s Land Development Code to include protection for “transit-oriented trees.” To preserve heritage trees, the Supplemental Heritage Tree Preservation Program relaxes zoning standards for floor area ratios and height in several corridors such as Imagine Austin corridors and the Transit Property Network. This strategy prevents developers from cutting down trees and allows them to make building adjustments that could make up for the potential loss of buildable land.

Finding Home: To Boost Affordable Housing, City Looks To Lower Barriers For Developers
David Boraks, WFAE, February 24, 2020
To address the city’s growing housing shortage, Charlotte city officials are considering reevaluating zoning and permit processes for housing developments to encourage more intensive land use and transit-oriented development. Taiwo Jaiyeoba, Charlotte’s Planning Director and Assistant City Manager, hopes to make the development process easier by shortening the permitting period from 45 days to 11 days. The city has also begun several initiatives to incentivize developers to build near transit by allowing them to add more units and height if they include affordable housing.

Development Proposed for Property near Hicksville LIRR Station
Douglas Geller, Patch.com, February 26, 2020
In Oyster Bay, Milvado Property Group has requested rezoning of land to accommodate their proposed residential and mixed-use transit-oriented development. The property at 230 Duffy Avenue is an eight-minute walk from an LIRR station in downtown Hicksville. The space is currently zoned for industrial use and is occupied by an e-commerce distribution center. Developers believe that the rezoning will bolster the town’s vision to revitalize and reinvent their downtown area and create a space from which the community can benefit.

Work Starts on Controversial $38M Affordable Housing Project. Supporters See It as a Model
David Taub, GV Wire, February 26, 2020
In Fresno, California, city leaders and developers Blackstone & McKinley are bringing mixed-use affordable housing to a site near Fresno City College. The $38M development will lie adjacent to the city’s bus rapid transit route and include 88 affordable apartments for those earning between 30 and 60 percent of the area’s median income. Funding for the current project is coming from state loans and other subsidies and $5M in city loans and fee waivers. The first floor will feature a 7,000 sq. ft. medical and dental clinic. The development is the first of what the city hopes will be several such projects. A 2019 report released by the Fresno Housing Authority found that the county had need for more than 35,000 affordable rental housing units.

GERMANY — What makes German train stations among the best in Europe?
The Local, February 18, 2020
Half of Europe’s top 10 train hubs can be found in Germany, namely Leipzig (3), Munich (5), Hamburg and Berlin (tied at 6), and Frankfurt (9). According to the Consumer Choice Center, these railway stations ranked highly due to low numbers of strike days, destination accessibility, accessibility for disabled passengers in wheelchairs, and retail, entertainment and dining options. This ranking follows several improvement projects at the Leipzig Station that added retail and dining features inside the facility.

FINLAND — Finland Seeks Funding Boost to Expand Local Railways
Anton Stoyanov, The Mayor, February 24, 2020
Last year, Finland launched the “One Hour Train” project to build a high-speed railway link between the nation’s capital, Helsinki, and two cities, Turku and Tampere. The project’s aim is to reduce travel times from the capital to each city to under an hour, which will require intensive changes to the country’s railway capabilities and massive amounts of capital. Earlier this week, the Finnish government submitted an application for funding totaling €66M. The resolution on Finland’s application to the European Commission is expected sometime during summer 2020.

September 25, 2020 Stephanie DiPetrillo Comments Off on Help NJTPA Plan for 2050!