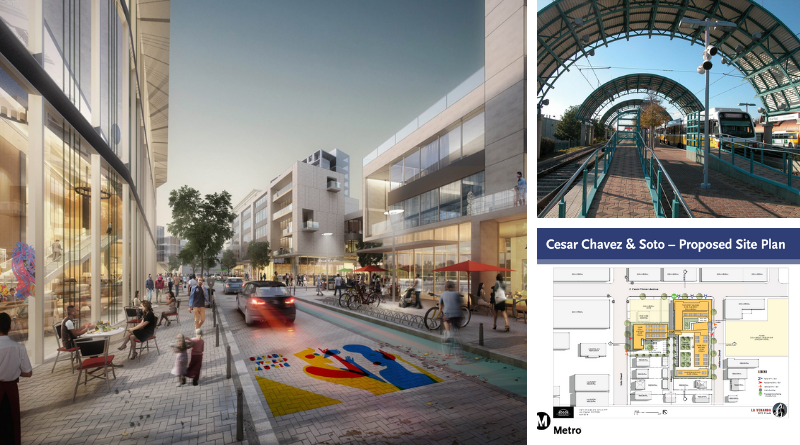 The U.S. Transportation Department’s Quest to Become a Driver of Justice
Laura Bliss and Hadriana Lowenkron, Bloomberg CityLab, July 1, 2021
The United States Department of Transportation (DOT) released a Request for Information (RFI), soliciting policy proposals for how DOT can address systemic inequities in its operations and administration. In addition, the department has convened an internal equity task force, revised a transit grant program to incentivize climate justice, and allocated $110 million for FY22 for “thriving communities” grants. Ben Crowther, an advocate from the Congress for the New Urbanism, argues that more rigorous enforcement of NEPA studies could also drive .

PENNSYLVANIA—SEPTA ridership remains low, despite rising vaccination rates and eased restrictions
Hannah Kanik, Philly Voice, July 1, 2021
Ridership for the Philadelphia metropolitan area SEPTA system remains below 60 percent of pre-pandemic levels, though the agency reported a 10 percent increase in June, when COVID-19 restrictions were relaxed. As federal funding keeps SETPA functioning for now, the transit provider is looking to lure riders back, for example, by partnering with the City of Philadelphia for the Ready, Set, Philly! marketing campaign.

The COVID-19 Pandemic Has Profoundly Influenced Transit Payments
PaymentsJournal, June 28, 2021
The necessity of social distancing prompted a dramatic increase in contactless payment methods for public transit. According to the article, use of Google Pay for fare payments has increased by 30 percent this year, despite national transit ridership still being down, on average, by 50 percent in April 2021. Contactless payments such as Google Pay are accepted by more than 80 transit agencies in the United States.

NEWARK—NJPAC Details Plans for ‘Vibrant New Neighborhood’ on Arts Center Campus
Tom Bergeron, ROI-NJ, June 28, 2021
The New Jersey Performing Arts Center (NJPAC) announced a redevelopment project to build a new arts and education district adjacent its campus along the Newark waterfront. The project will comprise two mid-rise residential buildings and one high-rise, culminating in a total of 345 new housing units with 20 percent of the 330 rental apartments designated as affordable. NJPAC expects funding from the New Jersey Economic Development Authority, and will partner with Prudential Impact & Responsible Investments on the large-scale development.

PENNSYLVANIA—A Black Vision for Development, in the Birthplace of Urban Renewal
Brentin Mock, Bloomberg CityLab, June 24, 2021
A $230 million redevelopment of Pittsburgh’s Lower Hill District looks to right the historical wrongs that urban renewal wrought in the area, and which devastated a thriving neighborhood. The Hill Community Development Corporation is placing equity at the forefront of the plan, and is working with developer Buccini/Pollin Group on initiatives such as a rent-free minority business incubator, a workforce development program, $7.5 million for housing and business opportunities, and a $22 million loan and grant program dedicated to community development. The project is spearheaded by a team of black developers and investors, and ultimately may include the $1 billion redevelopment of an additional 26.5 acres in the neighborhood.

CALIFORNIA—Transit Oriented Communities: Insights From a GWNC Town Hall
Elizabeth Fuller, Larchmont Buzz, July 1, 2021
Planners and community leaders presented on the Transit Oriented Communities concept, a designation by the City of Los Angeles to incentivize development near transit stops. The presentation highlighted the four TOCs tiers, based on zoning and transit access, that determine developer incentives. Thus far, the program has led to the construction of 34,672 new housing units, of which 7,188 have been affordable.

TEXAS—Transit Development in Plano Will Bring Affordable Apartments
Steve Brown, The Dallas Morning News, June 30, 2021
Ohio developer MVAH Partners is collaborating with the Plano Housing Authority to construct a transit-oriented development in the City of Plano, a suburb to the north of Dallas. A four-story, 220-unit complex will be built at the terminus of the Dallas Area Rapid Transit (DART) Orange and Red Lines, and will include a mix of affordable and market-rate units. The project’s affordable units are supported by tax credits from the City of Plano.

WASHINGTON—Sound Transit Seeks Public Input on Transit-Oriented Development at Future Overlake Village Station in Redmond
Redmond Reporter, June 29, 2021
As part of a future extension of light rail service connecting Seattle to the City of Redmond to the northeast, the area’s transit agency is looking for feedback on proposed transit-oriented development plans. The East Link project is expected to connect the Overlake area of Redmond to Seattle in 2024.

CONNECTICUT—West Hartford’s Newest Transit-Oriented Development Celebrated with ‘Beam Signing‘
We-Ha.com, June 29, 2021
Connecticut Governor Ned Lamont joined an event celebrating the launch of a $20 million mixed-use and mixed-income TOD, called 540 New Park. Of the 104 new units, 41 will be reserved for persons making 60 percent or less of Area Median Income (AMI). The project is within walking distance of both the Flatbush and Elmwood CTFastrak stations. CTFastrak is a Bus Rapid Transit (BRT) service that operates on a dedicated corridor. The project was financed in part by federal Low Income Housing Tax Credits (LIHTC), and the Connecticut Department of Housing.

NEW YORK—Is This the Railroad for the Rich?
The Editorial Board, The New York Times, June 26, 2021
The New York Times Editorial Board argues that municipalities along Long Island Rail Road stations are underdeveloped, and have utilized racist housing policies to make Long Island “one of the most racially segregated suburban areas in America.” For example, Bellerose, served by the Hempstead Branch, did not allow any new housing to be constructed between 2010 and 2018. According to the Editorial Board, “New York stands increasingly alone in doing nearly nothing to compel local governments to make room for housing.”

COSTA RICA—Green Climate Fund Approves US$271.3 Million to CABEI For Financing of the Electric Passenger Train Project in Costa Rica
Central Bank for Economic Integration, Bnamericas, July 1, 2021
The Green Climate Fund will finance the $273.1 million Costa Rica Electric Passenger Train Project, which will connect the Greater Metropolitan Area. A portion of the funding—$21 million—will be allocated to transit-oriented development projects along the corridor.

CANADA—Office Space Replaces Condos in Revised Proposal Next to Langara-49th Avenue Station
Kenneth Chan, Vancouver Urbanized, June 29, 2021
A rezoning application for a transit-oriented development in Vancouver by Esatto Architecture removes housing from the project, and replaces it with office space. However, building plans retain 48 units on the top floors. The project is to be built upon a site close to the Vancouver SkyTrain’s Langara-49th Avenue Station.