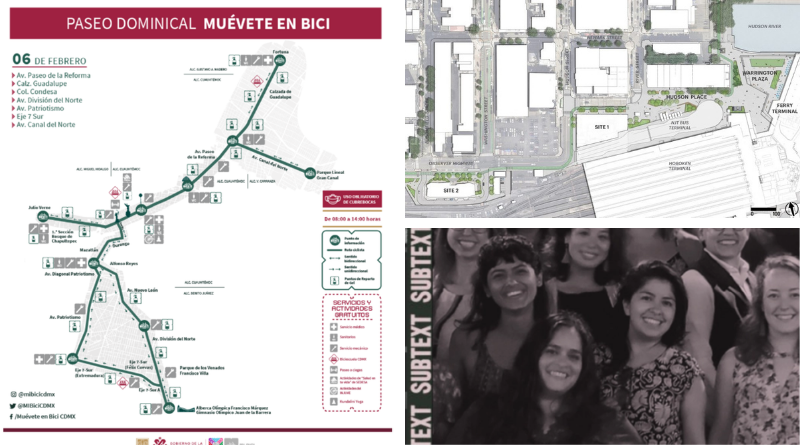 Improving transit infrastructure and developing a federal gas-guzzler buyback program may be crucial to reduce the importance of automobiles to American life. Most people in the U.S. drive single-occupancy vehicles, which emit 29 percent of the nation’s carbon pollution and ranks the U.S. with the highest per capita transportation emissions in the world. Providing drivers with attractive options will help reduce their car usage. This report, co-authored by the Urban Institute’s Yonah Freemark, recommends prioritizing bus services, investing in transit-oriented infrastructure, and developing a nationwide network of accessible sidewalks (with a focus on universal ADA-compliant infrastructure) to increasing transit ridership fivefold.

US Cities Ponder Future of Free Public Transport Beyond COVID-19
Carey L. Biron, Thomson Reuters Foundation, March 16, 2022
As part of their efforts to reduce COVID-19 exposure to operators, some transit agencies adopted no-fare transit policies. Now cities are witnessing several signs of improved social equity and economic growth as a result of these initiatives. In Richmond, Virginia, ridership on local routes has risen above pre-pandemic levels thanks to its fare-free program, while public transit usage has plummeted in other locations across the country. Early evidence indicates that free fares allow low-income groups to expand their access to healthcare and other needs. Congress has taken notice of fare-free transit, where a proposed law would create a $5 billion fund to assist transit agencies seeking to go fare-free.

U.S. Mask Mandate for Public Transit Extended Despite Falling COVID Rates
Lora Korpar, Newsweek, March 10, 2022
The Transportation Security Administration (TSA) has announced that it is extending the mask requirement for public transportation for another month, following the guidance of the Centers for Disease Control and Prevention (CDC). The move comes as the nation’s coronavirus cases have continued to decline since their peak at the start of the year. Despite the drop in cases, many health experts remain cautious, fearing that new variants could emerge and lead to a dramatic increase in infections.

HOBOKEN—See New Looks for the Massive Mixed-Use ‘Transit-Oriented’ Project Headed to the Hoboken Waterfront
Aaron Ginsburg, 6sqft.com, March 16, 2022
The City of Hoboken, NJ TRANSIT, and developer LCOR have released new renderings of Hoboken Connect, a mixed-use transit project that will bring significant investment to the City. The project will feature a 20-story office building with retail uses, a residential complex, and public open space, as well as the renovation of transit infrastructure and facilities, including the historic Lackawanna Terminal. The residential building will comprise 389 units of studio, one-, two-, and three-bedroom homes, with 73 of them deemed affordable. According to LCOR, Hoboken Connect will be a world-class transportation hub connecting New York City and New Jersey, with bus rides, PATH trains, the NY Waterway Ferry, and multiple modes into New York City via NJ TRANSIT.

JERSEY CITY—Kushner’s One Journal Square ‘Scheduled’ to Finally Break Ground in Jersey City
Chris Fry, Jersey Digs, March 14, 2022
A long awaited project, One Journal Square, is finally set to begin construction in summer 2022. The development comes at a time of unprecedented growth in high-rise buildings in the region. When completed, the two million sq. ft. development will comprise a total of 1,723 rental apartments including 493 studios, 972 one-bedrooms, 222 two-bedrooms, and 36 three-bedroom spaces. One Journal Square will be a 52-story structure consisting of two towers, each 710 feet tall, built upon a 12-story base structure.

3 Ways to Reimagine Public Transport for People and the Climate
Ben Welle, Rogier van den Berg & Claudia Adriazola, Green Biz, March 15, 2022
This article explores the significance of public transport to addressing climate change, social equity, and public health. To meet goals such as decarbonization as well as those set by the Paris Climate Agreement, it is necessary to provide more funding and space allocation to shared mobility. In addition to improvements to active transportation infrastructure, public transportation agencies must adopt a sustainable economic model. While aiming to achieve steady revenue for operations, steps must be taken to make public transport an all-electric service. Cities should reshape how they plan and measure urban mobility — placing less emphasis on ridership and vehicle flow and more on equal access to opportunities by residents. 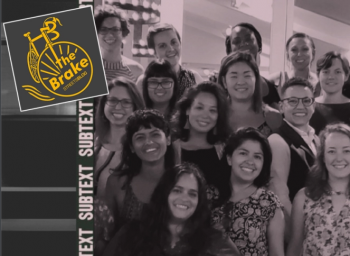 The Brake: What It’s Like to Be a Woman in Transportation (And Why It Matters)
Streetsblog, March 15, 2022
Representation matters. A new publication, Subtext, edited by TransitCenter’s Stephanie Lotshaw and Ashley Pryce, explores women’s transportation needs, how these needs must be at the center of U.S. transit planning, and what it’s like for marginalized people who want to make a difference. While women are critical to building and improving mobility and are increasingly occupying leadership or senior positions in transport agencies and transport ministries, they still lag behind men in terms of representation on boards and in leadership positions.

CONNECTICUT—Connecticut  Lawmakers, Residents Spar Over Transit-Oriented Development Bill; ‘As of Right’ Language Draws Critics
Eliza Fawcett, Hartford Courant, March 14, 2022
Connecticut lawmakers and residents are at odds over a proposed bill designed to encourage the development of land near transportation hubs and promote affordable housing across state. If enacted, House Bill No. 5429 would allow as-of-right housing development with a minimum density of 15 dwelling units per acre located within a half-mile radius of any passenger or commuter rail station or bus rapid transit hub. The development would need to reserve 10 percent of housing units for affordable housing. Sara Bronin, founder of Desegregate CT, a coalition of residents and nonprofits, advocates in favor of the bill and supports the development of walkable transportation hubs and mixed-income, affordable housing near public transit. Meanwhile, some residents and lawmakers argue that the rights to be granted to developers through the bill will exacerbate the housing crisis.

GEORGIA—MARTA Interim General Manager/CEO Discusses Future of Public Transit at United for Infrastructure Summit
Mass Transit, March 14, 2022
Metropolitan Atlanta Rapid Transit Authority (MARTA) Interim General Manager and CEO Collie Greenwood joined other transportation and infrastructure leaders at the United for Infrastructure Summit held in Atlanta. The summit focused on what the recently passed bipartisan infrastructure law means for Georgia. According to the speakers, the law would allow expansion and improvement projects and enable more projects to be eligible for the Small Starts program. Greenwood highlighted the need to examine ridership patterns, offer more frequent service, and restructuring fare products to align with the increase in remote work.

MINNESOTA—JLL Capital Markets Provides Construction Financing For 275-unit Apartment Project In Minnetonka
RE Journal, March 14, 2022
JLL Capital Markets acquired equity for the development of Minnetonka Station, a 275-unit transit-oriented multi-residential development in Minnetonka, Minnesota. The development is situated at 10400 Bren Road East in Minnetonka’s Opus Park neighborhood, eight miles southwest of Minneapolis-St. Paul and half of a mile from Edina. Located adjacent to the Green Line Extension of the Southwest Light Rail Transit, the project will enable an easy commute to downtown Minneapolis by rail.

MASSACHUSETTS—Why the MBTA Is Key—To Easing the Housing Crunch
Andy Vargas and Nate Robertson, Common Wealth Magazine, March 12, 2022
The average price of a home in Massachusetts has risen to nearly $500,000 in 2021, which is just one indicator of the state’s affordable housing crisis. The extremely competitive home-buying market increasingly makes housing inaccessible for working people, a situation that can only be resolved through a strong increase in the housing supply. Fortunately, the 2021 Economic Development Bill signed by Gov. Baker changed the zoning requirements that should help to increase the supply of housing in MBTA communities. The bill includes a provision requiring MBTA communities to have at least one zoning area no more than half a mile from an MBTA station allowing multifamily development. The purpose of the law is to legalize housing development near transit corridors and to ensure that municipalities share housing responsibilities for Massachusetts residents.

CALIFORNIA—100-Unit Affordable Housing Complex Ok’d Near San Ysidro Trolley Station
Dillon Davis, Fox5, March 10, 2022
Metropolitan Transit System (MTS) Board of Directors approved an agreement with Affirmed Housing Group for the construction of 100 affordable apartment units near the Beyer Boulevard Trolley Station in San Ysidro. The transit-oriented development will replace an existing MTS parking lot and add critically needed affordable apartments to San Diego’s housing inventory. The property will consist of studio, one-, two-, and three-bedroom units and will house families earning 30-60 percent of the area’s median income. The project is part of a wider plan by MTS to redevelop park-and-ride lots into transit-oriented housing developments. Nearly 2,000 units are under construction or in the planning stage.

AUSTRALIA—Retail Developer Diversifies with Boutique Apartment Project
Ted Tabet, The Urban Developer, March 15, 2022
Retail developer Centa Property Group is increasing its exposure to residential property as it proposes to build a 12-story tower on a corner of Lambert Road and Railway Avenue, next to Indooroopilly Station. The 11,500-sq. m. Rothelowman-designed building will sit above three levels of basement parking for 195 vehicles and four ground-floor retail leases. The residential complex will offer 95 apartments, including 42 two-bedroom and 53 three-bedroom units.

MEXICO—An Update On Mexico City, An Overlooked Sustainable Transportation Innovator
Ruth Rosas, Streets Blog, March 10, 2022
Several mobility advances in Latin America, especially those in Mexico City, are just as notable as those in the much-lauded bike-friendly European countries that have adopted a sustainable transportation model. Mexico City has increasingly invested in its walking, biking, and transit infrastructure. Expansion of bicycle lanes and bike-sharing initiatives as well as programs such as “Paseos Dominicales Muévete en Bici y Paseos Nocturnos” (Sunday Rides Move by Bike and Night Rides) have promoted cycling as an alternative mode of transportation. In addition to such initiatives, Mexico City is also working on the expansion of its cable tramway and Bus Rapid Transit system as well as several railway modernization programs.