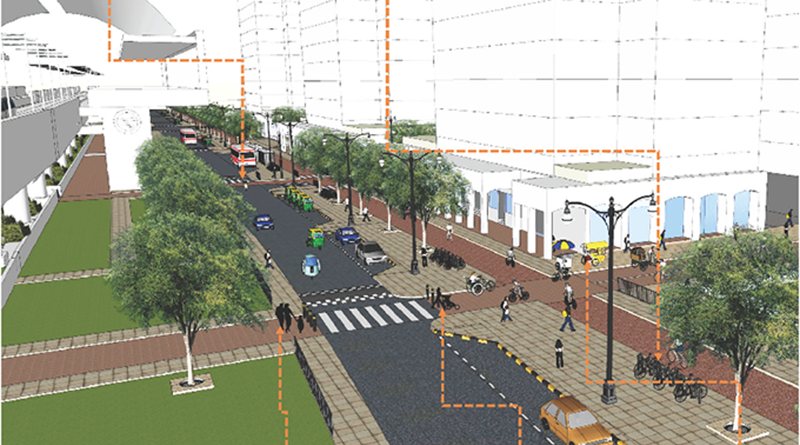 No. 4 Bus Discontinued in Jersey City: ‘We’re just stuck.’
Aya Elamroussi, The Jersey Journal, March 10, 2019
A&C Bus Corporation has discontinued its No. 4 bus service connecting downtown Jersey City to Greenville and Bergen-Lafayette neighborhoods. The route was the only direct route for residents along Ocean and Pacific Avenues to the downtown area, although NJ TRANSIT has modified its No. 86 route to serve a few former No.4 bus stops. Many residents in Bergen-Lafayette and Greenville must now use more costly rideshare services or cabs to get downtown for work, and the burden is likely to escalate once three HBLR stations are shut down to accommodate work by the Jersey City Municipal Utilities Authority, scheduled for summer 2019 through March 2020.

Somerville: Who wants to buy a train station?
Mike Deak, Bridgewater Courier News, March 13, 2019
Attorney Eric Wasser is selling the Somerville Station for $599,000. Wasser operated his law firm from the station for 30 years. The building was originally purchased by a Branchburg resident in 1985, under NJ TRANSIT’s effort to sell its stations. McLachlan Realtors is managing the sale, which has garnered much interest from potential owners due to its proximity to the pedestrian-only Division Street as well as new developments in Somerville’s Transit Village.

Lawmakers, Transit Officials Blast Trump’s Denial of Gateway Funding
Michael Aron, NJ Spotlight, March 14, 2019
President Trump’s 2020 federal budget proposal this week included no funding for the Gateway Tunnel project, officially reversing the Obama era decision to split the cost of the project with the Port Authority, New Jersey, and New York. In response, US Representatives from New York, Gottheimer and King, are introducing legislation to require the FTA to prepare a doomsday plan to use if the 109-year old tunnel fails. Some officials believe that Trump is withholding funding to retaliate against Senate Minority Leader Chuck Schumer from New York, and some have proposed making the federal government pay for the entire project since the tunnel is owned by Amtrak and is technically a federal asset.

Senator Scutari Introduces Legislation on Raritan Valley One Seat Ride
Raritan Valley Rail Coalition, TapIntoSpringfield, March 14, 2019
NJ District 22 Senator Nicholas Scutari has introduced legislation to the State Senate that would require NJ TRANSIT to conduct a feasibility study on restoring one-seat-ride service from the Raritan Valley LINE to Manhattan. The Regional Plan Association has already published the results of its impact study on the one-seat-ride, indicating that all the towns on the Raritan Valley Line would see increased property values and salaries, as well as stronger local economies. NJ TRANSIT would be required to report its findings on feasibility within six months of the legislation’s enactment.

Portal Bridge Won’t Open During Rush Hour Under Deal with Coast Guard
Curtis Tate, North Jersey Record, March 15, 2019
In an attempt to alleviate some of the current delays caused by the Portal Bridge, scheduled for replacement under Gateway project, the Coast Guard and New Jersey state officials have agreed to prohibit vessels from requesting the bridge open to grant passage underneath during rush hour commute times. The goal is to prevent the bridge from being stuck in the open position, causing delays to NJ TRANSIT trains crossing over the Hackensack River. The agreement will be in effect for six months during each weekday 5 to 10 am and 3 to 8 pm.

Envisioning More Green Space in Atlanta with a Park-Capped Highway
Adina Solomon, Urban Land Institute, March 11, 2019
On March 1, the Urban Land Institute (ULI) presented its recommendations for “The Stitch,” an elevated green space “lid” over the Interstate 75/85 downtown connector in Atlanta, extending from MARTA’s Civic Center Station to Piedmont Avenue. The project would be part of ULI’s national movement to create a park within a 10-minute walk of every US resident. Proposals for The Stitch include utilizing a tree canopy to mitigate the downtown heat island effect, facilitating easy mobility for pedestrians and bikers in the downtown area, and creating affordable housing with easy access to a main MARTA bus and rail hub.

More People are Living Near Metro Stations. But Fewer Are Actually Riding the Trains.
Kery Murakami, The Washington Post, March 11, 2019
The number of households within a half-mile of a WMATA metro station grew to 200,000 in the period between 2012 and 2016, an increase of 15,000 more than the previous five-year period. However, ridership on Metro as a whole fell by 13 percent between 2011 and 2018, despite ridership growth at seven stations undergoing major housing development. The overall ridership decrease is attributed to the unreliability of the system and increasing mobility options, such as rideshare and bikeshare, as well as teleworking.

Transit Trends, the Only Secret that Vegas Isn’t Keeping
Maile Rudebusch, Mass Transit Magazine, March 12, 2019
The Regional Transportation Commission of Southern Nevada (RTC) has received a $5.3 million BUILD grant for an autonomous vehicle pilot and a $300,000 grant for TOD along its Maryland Parkway Corridor. Both grants will focus on increasing access to medical facilities in Las Vegas. The BUILD grant will fund an autonomous shuttle between four hospitals and a new medical school, while the TOD grant will support another pilot program that ties development to the regional transit plan. RTC is seeking public comment on a light rail line along the Maryland Parkway Corridor, but believes that BRT is also an option for the region.

Sen. Scott Wiener Makes Sweeping Revisions to Transit-Housing Bill
Adam Brinklow, Curbed San Francisco, March 12, 2019
Senator Scott Wiener, who proposed SB50 (More Homes Act) in the California State Senate, has drafted amendments to the bill to address concerns with its policies. The new version considers ferries, along with buses and rail, for rezoning to increase density. Additionally, the amendments set inclusionary zoning requirements of 15 to 25 percent for low-income housing, provide protections against displacement for mobile home owners, and define “job-rich areas” where there would be a specific effort to create new housing.

5 Metro Stations to be Developed on TOD Policy
Rajesh Kumar, The Pioneer, March 11, 2019
Delhi Development Authority (DDA) is seeking comments on a proposed amendment to the Delhi 2021 Master Plan that would specify TOD policies to use on proposed pilot projects. Any public transit system in Delhi, including BRTs, that can carry more than 20,000 people in its peak hour is eligible for consideration of TOD around its major nodes, a change from the original policy which focused on transit corridors. The amendments dictate the size of land parcels eligible for TOD projects, and increase the permissible Floor Area Ratio for any developments put in place.