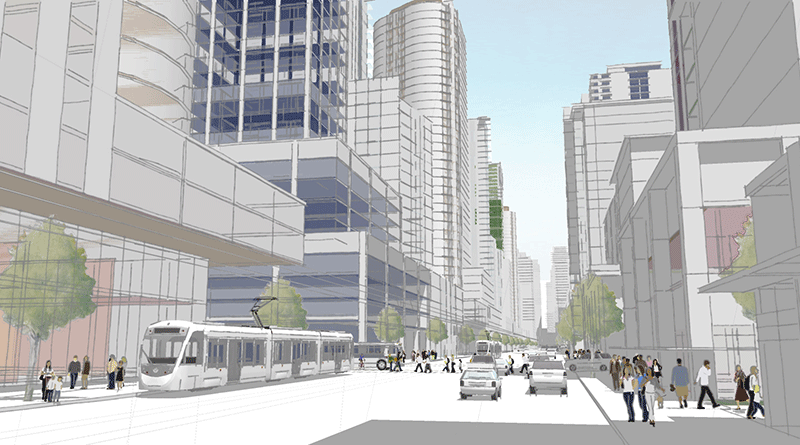 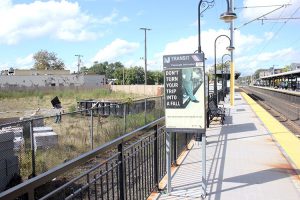 New Building with 25 Apartments Could Come to Bergen-Lafayette
By Jared Kofsky, JerseyDigs.com, October 16, 2018
Developer Ash Street Property, LLC is planning to build a six-story, multi-family, residential building in Jersey City’s Bergen-Lafayette neighborhood, with 15 percent of the units designated as affordable. The historically industrial neighborhood has been the site of numerous residential development projects in recent years due in part to the presence of the Liberty State Park Light Rail station.

Complex Near Newark City Hall to Include Offices, Retail, and Parking
By Jared Kofsky, JerseyDigs.com, October 18, 2018
The Newark Parking Authority (NPA) is planning to develop a multipurpose complex with a parking garage, administrative offices for the NPA, a café and first-floor retail space. The complex is about a five-minute walk from the Military Park light rail station. 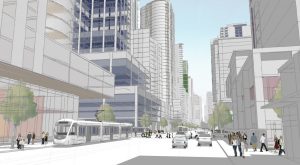 Find Out How Your Block Could Change with the Minneapolis 2040 Plan
By Alan Palazzolo and Andy Mannix, Star Tribune, October 14, 2018
Planners have proposed upzoning —allowing more intensive use—so as to allow for triplexes in all neighborhoods, even those currently restricted to single-family homes. Four-to-six story buildings are proposed along some transit corridors. The article includes a searchable map that allows readers to explore what may change. 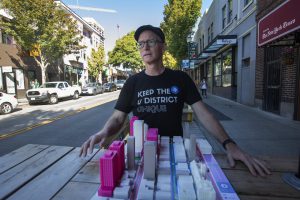 Transfers at Husky Stadium Station were ‘Horrendous,’ for Some Users, So U District Community Devised a Plan for its Future Stop
By Michelle Baruchman, The Seattle Times, October 15, 2018
When a new light rail station opens in Seattle’s University District in 2021, significant development may follow, with thousands of new housing units and the expansion of the University of Washington campus among potential changes. The U District Mobility Group is helping to prepare for these changes and has become the first community organization in the city to create its own comprehensive transportation plan in response to the new station.

East Norwalk Train Station TOD Plan Chugging head
By Kevin Zimmerman, WestFairOnline.com, October 15, 2018
The TOD study will develop a framework and vision for the future of the area around the train station. The effort is funded by a $125,000 grant from the State of Connecticut and is part of a $15 million package of TOD planning grants.

City Turns Zoning Focus to Monroe Ward’s Abundance of Surface Parking Lots
By Jonathan Spiers, RichmondBizSense.com, October 15, 2018
Richmond, Virginia is rezoning a district along a bus rapid transit (BRT) corridor to encourage more development and density in that area. The recommendations stem from the City’s Pulse Corridor Plan. The plan accommodates the BRT line, which started running earlier this year. 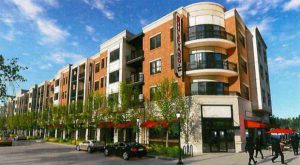 Tinley Park Considering Over $7 Million in Incentives for Mixed-Use Development
By Cody Mroczka, The Tinley Junction, October 16, 2018
Developers proposing a $36 million mixed-use development in downtown Chicago’s Tinley Park have requested over $7 million in economic incentives. These incentives include a rebate for project completion and public infrastructure improvement funds. The project is adjacent to the Oak Park Avenue train station and is part of the developer’s efforts to build TOD on a three-acre site. 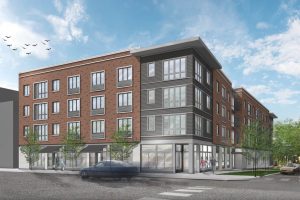 Affordable Apartments Ready to Rise at Corner of Clark and Estes in Rogers Park
By Jay Kozlarz, Curbed Chicago, October 16, 2018
The project will replace a long-vacant lot with a new four-story, 54-unit affordable apartment complex. The mixed-use project by developer Ross Real Estate Services will include a mix of studios, one and two-bedroom units, and retail. Of the 54 apartments, 42 will be reserved for residents making 60 percent below the area median income. The development will provide only 20 parking spots. Note: According to Chicago’s TOD ordinance, new construction located within a quarter mile of a CTA or Metra station (or a half mile if located on a pedestrian street), may reduce its parking by up to 50% from that otherwise required. Further, parking may be reduced by 100% if replaced one-for-one by bicycle parking, following special use approval.

Long Island Businesses Increasingly Back Mixed-Use Housing
By Warren Strugatch, Long Island Press, October 16, 2018
At a Long Island luncheon with business leaders, speakers discussed the dwindling numbers of employees who want to stay in the area, and the need for more mixed-use and transit-oriented projects to retain workers. One example is the $600 million Ronkonkoma Hub project located near the train station with housing, entertainment, jobs and nightlife. 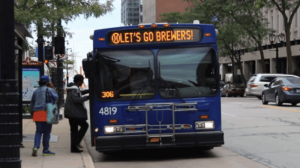 Bus Routes Helping Bridge Milwaukee’s Notorious Racial-Economic Divide
By Angie Schmitt, StreetsBlog USA, October 16, 2018
A study from the University of Wisconsin-Milwaukee found that two key bus routes were the only transportation links between Milwaukee’s poorest and most segregated neighborhoods and key employment sites that house 15,000 jobs. The bus routes will be eliminated, however, if the state does not renew funding.

Related Betting $3B on the Continued Wave of Seniors Who Need Housing
By Miriam Hall, Bisnow New York, October 17, 2018
Developer Related Companies plans to spend $3 billion over the next five years building luxury apartments for seniors. Related has joined with Atria Senior Living, a management company. Their first two projects will be in Manhattan and San Francisco, and they plan projects in other cities. The buildings will feature between 150-200 units, will set space aside for those with aging-related health conditions, and will include amenities such as spas and restaurants.

Co-living Startup Starcity Plans Over 1,000 Tiny Apartments in SF, San Jose
By Roland Li, San Francisco Chronicle, October 17, 2018
Construction may begin next year on over 1,000 new “tiny apartments”, single rooms sized 180 to 220 square feet with access to shared kitchens and living rooms. The San Francisco project, located in the SoMa district, includes 270 units, half of which are affordable. Another 800 units are proposed three blocks from San Jose’s Diridon station. Google is planning a new office campus and transit village nearby.