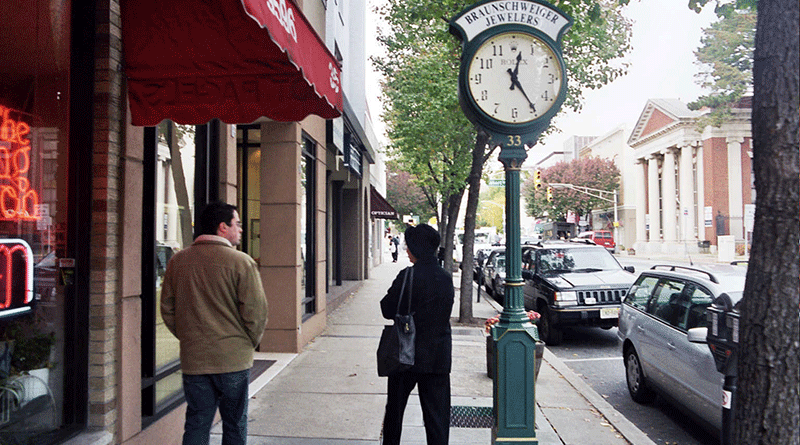 Three recent studies have demonstrated the desirability of transit-oriented development principles. The first study, Aging Americans: Stranded Without Options, supports the need for age-sensitive, walkable communities. The second report is the 2004 American Community Survey, which reveals Americans’ preferences for more compact, transit-oriented communities. The final study, entitled Hidden in Plain Sight, discusses the increased demand for housing near transit centers. These three significant reports have all been published within the last year, revealing the increased demand for transit-friendly policies and initiatives.

Aging Americans: Stranded Without Options was released in April 2004 by the Surface Transportation Policy Project, with assistance from several organizations including the American Public Transportation Association and the American Association of Retired Persons (AARP). Building on previous studies conducted in recent years, including the Funders’ Network article “Aging and Smart Growth: Building Aging-Sensitive Communities,” the report presents nine major new findings based on the  National Household Transportation Survey of 2001:

The study suggests that because the number of Americans age 65 or older will grow from 35 million today to over 62 million in 2025, communities must adopt age-sensitive policies to address the needs of seniors as the baby boom generation nears retirement age. The authors argue that investment in public transportation must increase substantially to address these needs, while transportation planning agencies must pay more attention to the mobility of the senior population. Finally, the report suggests an urgent need for road and street improvements to increase walking and biking opportunities.

The 2004 National Community Preference Survey conducted for Smart Growth America and the National Association of Realtors, reveals the opinions of Americans on the types of communities they prefer. The report drew three major conclusions. First, Americans favor shorter commute times and places to walk over sprawling communities. Second, commute time is a very important factor in deciding where Americans live. Most surveyed felt that the solution to cutting commute times is to improve public transportation rather than increase road capacity. Finally, Americans strongly agree that the priorities of government and business should lie in improving existing communities as opposed to building new sprawling communities located far from cities and older suburbs.

Hidden in Plain Sight: Capturing the Demand for Housing Near Transit was published in September 2004 by Reconnecting America and the Center for Transit-Oriented Development. This report discusses the increased demand for housing near transit, stating that 25 percent of new households will look for housing in a ½-mile radius of transit stations over the next 25 years. The report then suggests four major conclusions:

These three reports reflect the increased attention being paid to transit-oriented development principles and call for policies that address the changing needs of all Americans.