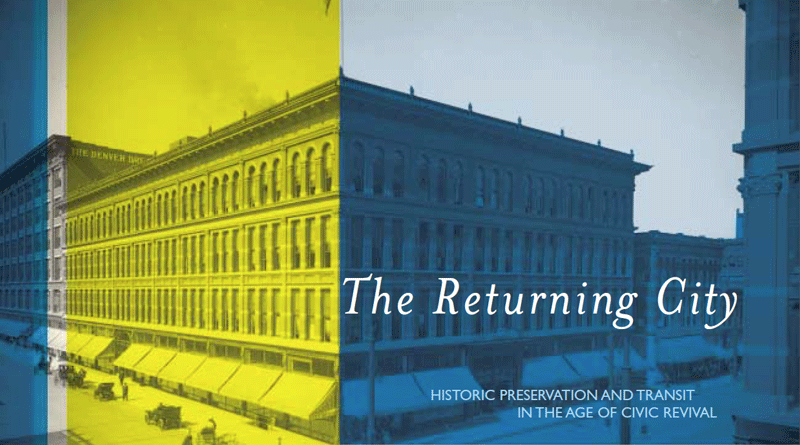 Produced by the National Trust for Historic Preservation with support from the Federal Transit Administration, The Returning City demonstrates how transit and historic preservation act in complementary ways to invigorate urban and suburban neighborhoods. In case studies from around the country, the authors offer detailed accounts of transit-oriented developments that have been spurred by, and serve to reinforce, historic preservation efforts and transit investments. The study concludes that public-private collaboration, community involvement, creative and flexible financing, and parking strategies that are both pragmatic and context-sensitive, are among the keys to achieving development that respects a community’s historic assets and encourages the use of transit.