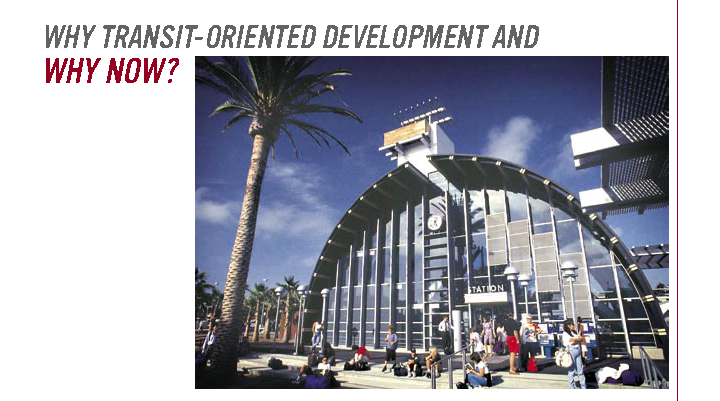 Need a way to make the case for development near transit? Want to explain TOD to a new council member or community group? Reconnecting America and the Center for Transit-Oriented Development have published a new 24-page “picture” book highlighting the benefits of TOD and how it can help maintain the economic vitality of communities. The book cites numerous examples of new mixed-use development near new and existing transit hubs and provides short case studies evaluating development in the Rosslyn-Ballston Corridor in northern Virginia and in Portland, Oregon’s Pearl District. Among the topics reviewed are the changing demography of the U.S. population, the need for efficient forms of development and the trade-off between housing and transportation costs. The publication is not intended to be a detailed examination of TOD or to provide a full accounting of its benefits. Rather, it is a good primer for those new to the subject and should whet the appetite of those wanting to vitalize their downtowns and/or make the most of their transit assets.