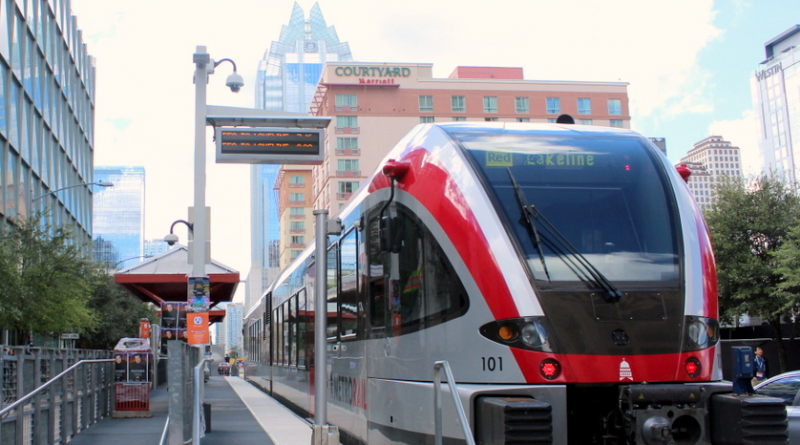 In two short years, the Texas capital city of Austin and nearby Leander have approved construction of a new commuter rail link and launched comprehensive plans for transit-oriented development before the new system has begun running. The process began in November 2004 when voters approved construction of a 26-mile commuter rail line between downtown Austin and Leander. The Austin City council, intent on maximizing usage of the commuter line, crafted a transit-oriented development ordinance which passed in May 2005 to encourage development near stations. The TOD ordinance is designed to create development zones around six of the eight stops on the newly branded MetroRail. A similar ordinance was adopted in Leander to allow for TOD around the route’s terminus station. These new regulations mandate higher densities (15-25 units per acre) than previous zoning, as well as mixed-use development.
At Metro’s future North Lamar station in north-central Austin, work is a well advanced on a $100 million project, dubbed “Crestwood Station,” located at the intersection of Lamar and Airport Boulevards on the site of the former Huntsman Chemical research facility. Dallas-based Trammell Crow has partnered with Austin’s Stratus Properties to develop the 73-acre property into a high-density, mixed-use development that will include:

Demolition of the Huntsman buildings has already been completed and construction is set to begin in April 2007 following remediation of the site. The rail station is scheduled to be fully operational by 2008.