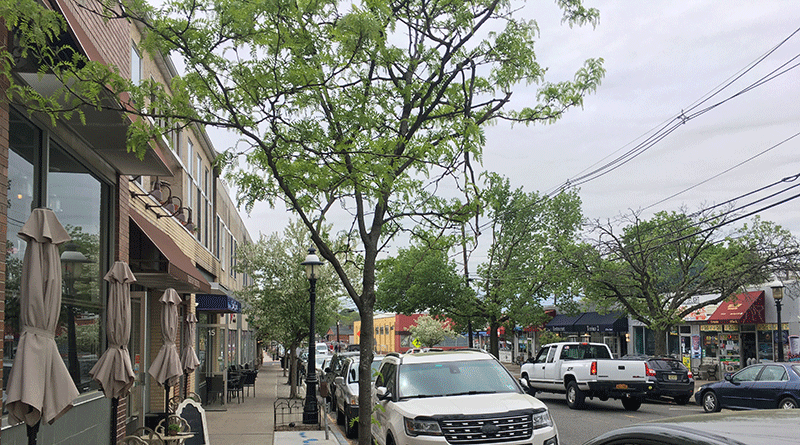 Throughout the nation and as well as right here in New Jersey, being near transit is an important consideration when choosing where to live for a large and growing population. While residents who value transit come from all demographics, transit-rich locations are especially appealing to young professionals in their late 20s to mid-30s, members of Generation Y, as well as their parents, baby boomers, who are looking to downsize.

These two demographic groups share some key traits that provide clues to why transit-served communities and the newly-built TODs in those communities are so appealing. Whereas the traditional neighborhoods that grew around transit are truly the first TODs, new TODs expand the diversity of the housing supply, allowing more people to live near transit and to benefit from the mobility it affords them.  Thus building TOD can allow towns to attract new residents and provide for their residents who stay in the community as they age.

Both Gen Y and baby boomers are increasingly choosing public transit as their primary means of travel. It is now common for young adults to forgo what had been seen as a rite of passage, owning a car, in favor of living in a walkable community. According to the Federal Highway Administration, the percentage of licensed adults aged 20 and 24 declined by five percent from 1994 to 2008, falling to 82 percent. While some of this decline is likely due to the weakened economy, it also indicates a level of ambivalence toward driving and auto ownership among this demographic. While baby boomers may not immediately give up their cars, they are looking to live in places where they can live comfortably without a vehicle. A 2004 study by the AARP found that 71 percent of older households want to live within walking distance of transit. It’s little wonder why, they can foresee the day when being auto-dependent would limit their mobility. They want the benefits of living in a walkable neighborhood near transit, which allows them the freedom of travel that they could lose if they were to depend only on cars.

Gen Y and baby boomers have shown a preference for compact homes with access to greater amenities, such as those available in transit-rich locations. In part, this reflects the nature of these demographic groups. They live in smaller, and often childless households. Childless households comprise nearly 67 of households in NJ in 2008, the most recent year for which there is data. According to the US Census, this is up from 65 percent in 1990 and 62 percent in 1980. Taking these trends into account the Federal Transit Administration projects demand for compact housing near transit to rise to more than 14.8 million households nationwide by 2025, more than double the 6.2 million households that lived within a half mile of existing transit stations in 2000 (see TCRP Report 95, 2007). Communities that can accommodate this demand are those that are likely to grow in the future.

Why do you choose to live in a TOD?
Number one was location. It is next to the train station. I travel by train 5 or 6 days a week, for work and for pleasure, into New York mostly. The location works for me. I don’t have a car. Living here means I can walk to the huge variety of restaurants and bars that Morristown has to offer and have easy access to work. It’s a great location for a young professional, and I like living where there are other young professionals. I moved into a one bedroom apartment last October, shortly after the building opened, and I plan to stay.
– Jeffrey Shaw, resident of the Highlands at Morristown

Finally, Gen Ys and baby boomers are looking for good value for dollar spent and see TOD as one way to maximize spending power. While residents of TODs can be low, medium or high-income, all are looking to make the most of their money and get the best housing design possible. This may in part explain why the demand for smaller homes has been growing. As the National Association of Home Builders (NAHB) reported last summer, Census data have indicated that the average size of new homes declined in 2009, the first time in nearly 30 years.

Why live in a TOD?

First, there is the easy accessibility to transit. Residents of TODs make good use of transit for their commute to work as well as for other travel. While New Jersey is rather exceptional in that about 10 percent of its residents commute by transit, residents of TODs are even more likely to use transit for their trip to work. According to building managers about 20 percent of residents in the newly completed Highlands in Morristown TOD commute by rail, and they expect that number to grow with improvements in the economy. Research completed earlier this year by the Voorhees Transportation Center found that 48 percent of residents of new housing located near transit commute by either rail or bus (see Chatman & DiPetrillo, Barriers to TOD, 2010). And Voorhees’ current research indicates that among residents of new housing in transit-rich locations in Hudson County, nearly three-quarters of all workers travel by transit to work.

Despite how important transit is, it is often the other benefits that come from living in a TOD that motivates people to live there. Living in a TOD can put you in the center of it all, close to work, shopping, and recreation. People living in TODs have questioned why they spend time driving to and from work, schools, stores, and offices when their needs can be met with a short walk or a convenient transit ride.

What drew you to Rahway’s Park Square?
It is so convenient to the train station, and Rahway is an up-and-coming location. So I have the best of both worlds. I can get to the city easily for work and for fun, and we have great stuff here too. I love going to our restaurants here in Rahway, like Luciano’s and Cubanu. We were one of the first tenants, moved in July 2009 and we are planning to stay. We do drive and the location is convenient to major highways … close to Route 1, the Garden State Parkway and Turnpike. It’s easy to get to the beach and there are two big malls close by. I live here with my partner and my two small children.
– N. Fields, resident of Park Square

Still others choose a transit accessible location because it makes sense as a way to contain costs. As recent scholarship on the subject has shown, living in near transit can save you money. Anyone shopping for a mortgage knows lenders determine housing affordability based on a percent of income, typically limiting housing expenses and other expenses to proportion of income, 28 percent and 36 percent, respectively. But these limits ignore transportation costs and have spurred on the “drive ‘til you qualify” mentality. It is little wonder that the average American family spends more than half of its income on housing and transportation; according to the US Department of Housing and Urban Development Secretary Shaun Donovan the average American family spends 52 percent of its income on just these two items. Living in a TOD can put a stop to that.

Living in a TOD

So whether you are a member of Gen Y or of the baby boom, living in a TOD may make sense. You might make your decision based on cost or lifestyle or just wanting to maximize your personal time. Either way, you are thankful when there is a TOD available that provides you an alternative to suburban, single family home living. Choosing to live in a TOD can be the right choice for many reasons. Many are realizing that living in far flung suburbs is not always the best choice and that they have better uses for their time than sitting in their cars. These folks are choosing to trade their long commutes for a more convenient location, and are happy that they have done so.