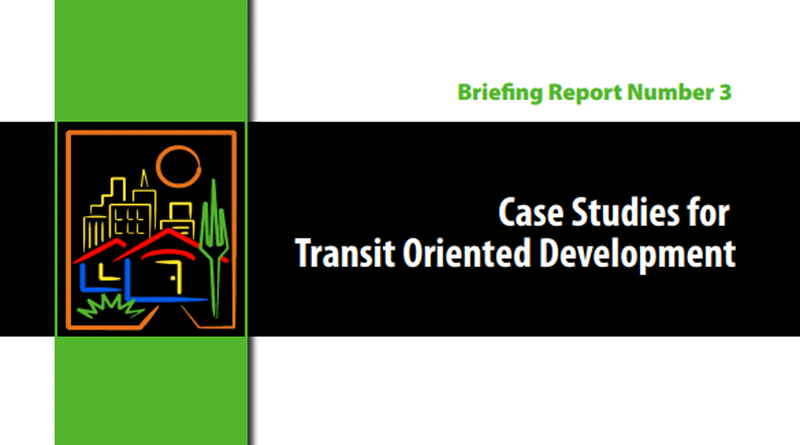 Case Studies for Transit-Oriented Development offers a useful summary of some of the wide variety of land use and planning techniques that have been used to encourage TOD in communities around the country. These ten tools—many of which have been or can be emulated in New Jersey—are described with case studies. Overall these tools focus on how specified strategies and policies can be linked with TOD and how community benefits can result. The case studies demonstrate the application of the tools in particular places and illustrate the tools’ use and effect.