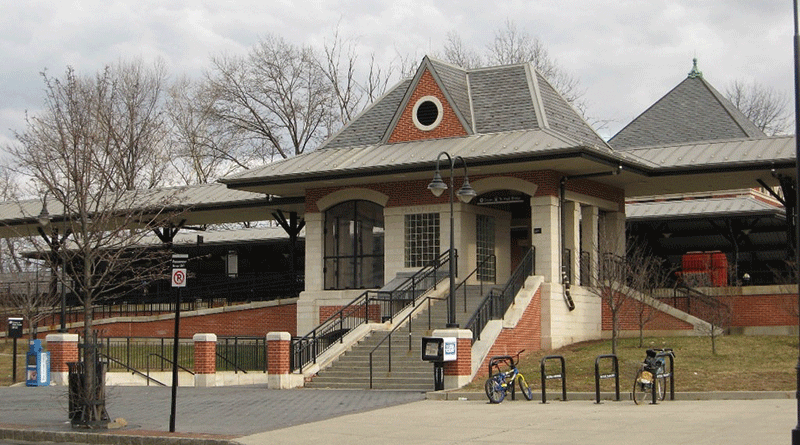 In March 2014, the New Jersey Department of Transportation designated Plainfield New Jersey’s newest Transit Village. With this designation and its funding opportunities, Plainfield hopes to capitalize on the city’s convenient access to New York City and on reemerging interest in the downtown. Located in Union County, the city is a multi-modal hub well served by both rail and bus. It plays host to two NJ TRANSIT stations – Plainfield Station and Netherwood Station. Nearly 1,500 riders board some 50 trains that stop in the city each weekday. Many commuters make the 50 minute ride on the Raritan Valley Line to Newark where they can transfer to other NJ TRANSIT trains or the PATH service to access New York City or locales along the Hudson waterfront. Plainfield is also served by nine NJ TRANSIT bus routes, all of which connect to the Plainfield Station. These bus routes provide important links between the city and other job centers throughout the region as well as access to Plainfield’s reemerging downtown. It’s this multi-modal service that is a driving force behind the city’s transit-oriented development plans and revitalization efforts.

Plainfield has long offered good transit access and was once served by four train stations. Like many similarly situated rail towns in the early 1900s, it attracted city commuters and those looking for a slower-paced community with an active downtown. In the latter half of the 20th century, however, the city’s train ridership decreased, city vacancy rates increased, and two of the four stations closed. Now new planning efforts, development projects, and changes to local transportation are helping to reverse these trends. One such change is NJ TRANSIT’s pilot one-seat ride service to Manhattan, which began on the Raritan Valley Line in March 2014. All ten test trains (five in each direction) stop in Plainfield, running during off-peak hours on weekdays. The one-seat ride cuts ten minutes off the travel time from Plainfield to New York Penn Station. Plainfield hopes its planning efforts as well as the increased convenience that the service offers will encourage residential and commercial development nearby the city’s two stations, especially the downtown Plainfield Station.

The second piece of Plainfield’s transit story is the many bus routes that serve the city and connect it to Newark and New York City (see map). Each weekday, riders can board any one of 35 buses to Newark, or 39 buses to New York. And just as importantly, seven bus routes provide access to local destinations, particularly those within Union County. These routes carry passengers to numerous employment centers located in Newark, Elizabeth, Westfield, and Somerville, and elsewhere, and connect riders with hospitals, secondary schools and universities, and recreational areas, as well as with other bus and train routes. The extensive bus network also bolsters economic investment by providing access to employment and other services in Plainfield for residents of nearby municipalities.

To take advantage of these multi-modal transit links, Plainfield has focused its planning strategies on attracting development in proximity to its train stations and bus stops. The city’s TOD potential was demonstrated in part by 2010 study conducted by students at the New Jersey Institute of Technology, which assessed the potential for transit-oriented development around the Plainfield and Netherwood stations. Their recommendations included rezoning the blocks around the stations and redeveloping vacant buildings as mixed-used residential and commercial properties. The study demonstrated the economic, health, and environmental benefits of TOD that could accrue to the city and its residents.

Bolstered by these findings, Plainfield has taken steps to promote TOD and support favorable development conditions by creating TOD zones near both stations. Updated in 2009, the city’s Master Plan calls for the revitalization of two areas adjacent to the stations through targeted commercial and residential TOD. Following through on the Master Plan’s aims, the city created the Transit Oriented Development – Downtown (TODD) Zone for the area near Plainfield Station in November 2012. In May 2013, the city passed an ordinance that created the Transit-Oriented Development – Netherwood (TODN) Zone for the area surrounding that station. The intent of both zones is to create an environment that is friendly to developers who are interested in building dense, mixed-use projects in close proximity to the stations – within about a quarter mile. By taking the steps over the past few years to create a transit-friendly environment, Plainfield has demonstrated its commitment to TOD. These actions helped it earn Transit Village designation, which will support the city as it advances its redevelopment goals.

Developers are already taking interest in downtown redevelopment, and this is likely to only increase with the new Transit Village designation. Despite a poor economy halting many redevelopment projects in Plainfield over the past few years, construction near the stations continued. In 2009, Landmark Companies completed The Monarch, a residential complex with community space. This mixed-use project offered 63 for-purchase condominiums and parking for residents less than a half-mile from the Plainfield Station and provides a ground floor meeting space for senior citizens and veterans. Landmark owns several residential and commercial properties near both stations, and is planning to redevelop or renovate a number of them. The firm has proposed the renovation or redevelopment of more than ten buildings – many of which are small in scale and feature four to twelve apartments above retail and office space.

The Arkad Group has also expressed interest in TOD in Plainfield and wants to capitalize on the city’s assets. Arkad cites Plainfield’s two train stations, a concentration of two to four story buildings prime for renovation, and a supportive local government as reasons why it is pursuing a mix of small-scale retail and residential redevelopment.

Our entire strategy revolves around TOD,” Mario Camino, of Arkad, said. “I don’t think there are many towns like Plainfield.”

The company has expressed interest in revitalizing of a two-block area within TODD Zone. Its first project is the renovation of the old Queen City Savings and Loan on Park Ave. The project will result in a mixed-use building, with retail space on ground floor and office space on the upper floors. Arkad plans to add three more stories atop the building to house 12 residential units. Keen to attract small technology and start-up companies to the office space, Arkad is providing pre-installed amenities – such as internet and phones – to reduce start-up costs.

The Transit Village designation, new construction, city initiatives, and one-stop train service are coalescing with the city’s plentiful transit options at an opportune time for this old rail suburb. By focusing its development strategy on transit-oriented development, Plainfield is moving toward providing residents with a sustainable economic future and a greater quality of life.