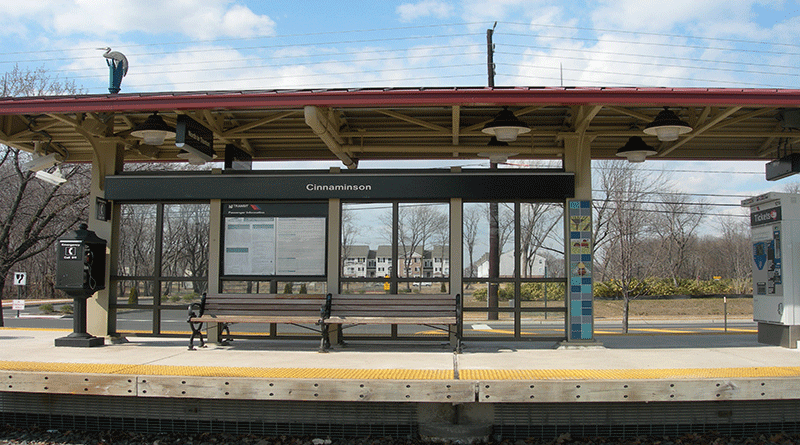 On April 24, 2007, the Delaware River Port Authority (DRPA) and its subsidiary, Port Authority Transit Corporation (PATCO), announced a master plan for the seven stations in southern New Jersey served by the PATCO High Speed Line. The plan, completed by the Philadelphia planning firm Wallace Roberts & Todd (WRT) in 2006, assessed the feasibility of transit-oriented development along the rail line. While the final report has not yet been approved by the DRPA, an executive summary of the report has been released to the public. The executive summary finds that while all of the PATCO stations are potential TOD sites, financial constraints, including replacement of existing commuter parking, would currently limit redevelopment to Collingswood and Haddonfield. At the other stations, the financial return to a potential redeveloper does not support the cost of structured parking.

Since its 2003 designation as a New Jersey Transit Village, Collingswood has seen an impressive amount of development. Situated on the PATCO High Speed Line which provides an easy commute to Philadelphia, the Camden County community has been working to make the most of its enviable assets–good transit access, a walkable downtown, capacity in its schools and dedicated public and private leadership. Mayor James Maley and the borough’s council have earned considerable goodwill from residents through outreach and public meetings and have demonstrated that if residents want local businesses to survive and the borough to maintain public services, the community must welcome new residents.

The focus of development in Collingswood would be the North Atlantic Avenue area, the site of several surface parking lots serving the station. The borough is considering residential and commercial development as well as a parking garage to replace and augment existing parking. PATCO would like to double the amount of parking available at the station as the lot is usually full by 7 a.m. each day. New parking would serve commuters, residents of the new development and nearby retail. A total of 2,500 spaces is being considered.

Community involvement continues to be a hallmark of TOD in Collingswood. Using a $20,000 grant from the Urban Land Institute (ULI), the borough is holding planning charrettes and information sessions where residents participate in the process of converting the conceptual plan into reality. On May 2, residents joined ULI Senior Resident Fellow Robert Dunphy and Nando Micale, a senior associate at WRT, at a forum on the principles and benefits of TOD. On May 23, John Beckman, a WRT principal, led a group discussion that focused on traffic flow, building height, and density issues as they pertain to Collingswood. Two nearby structures, the borough’s water tower and the Collingswood Arms, a senior residence, are more than 10 stories, and these may provide a precedent for taller structures in this station area plans.

Recent TOD achievements include the first closings on residential condominiums in the LumberYard, a mixed-use development located a few blocks from the PATCO station. The project’s retail component also has attracted interest with the sale of 12 street-level stores. New businesses include All Fired Up (pottery painting), Aenigma (jewelry and accessories), and a full-service salon. Two eateries have recently sought approval to open in the new structure.