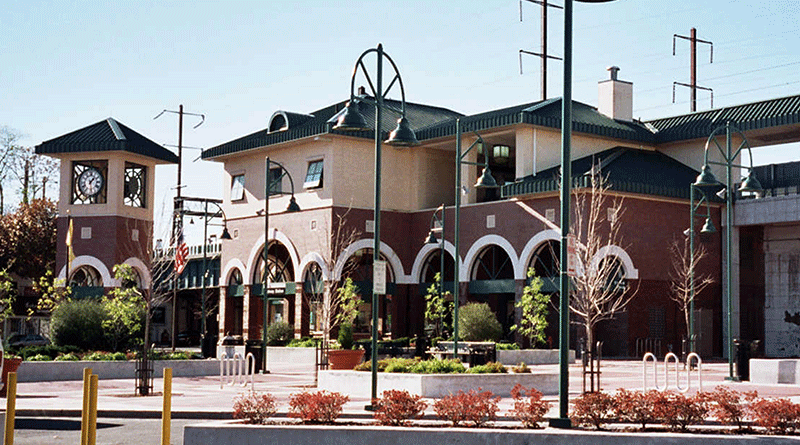 Once the site of a thriving retail corridor centered around the train station, the working class downtown area of Rahway, New Jersey had deteriorated since the 1970s due to increased suburban competition in Union County. In recent years, however, this same area has been the site of a major revitalization effort.

Several factors have contributed to the municipality’s notable redevelopment efforts. Rahway is strategically located on the high-speed Northeast Corridor Line of NJ TRANSIT, which provides frequent “one-seat-ride” access to New York Penn Station, Trenton, and Newark Penn Station. Riders can easily reach the Newark Liberty International Airport terminals by transferring to the Air Train at the Airport stop just outside Newark. There is also access to and from the North Jersey Coast Line, which transports travelers south to numerous destinations along the New Jersey shore. Rahway’s transportation advantage has made it attractive to industries and businesses—foremost being the pharmaceutical giant, Merck, which employs 4,500 individuals.

Led by Mayor James Kennedy’s sustained support for downtown redevelopment, the municipality’s commitment to transit-oriented development principles have guided these recent revitalization efforts. The centerpiece of Rahway’s transformation has been the $13 million renovation of the NJ TRANSIT Station on Milton Avenue, complemented by the construction of a $1.5 million plaza directly adjacent to the station entrance. The renovation and preservation of the 1920s Union County Arts Center has been another major factor in downtown Rahway’s resurgence. The formerly abandoned building now hosts world-class concerts and theater events. Its location only a few blocks from the train station makes it attractive to patrons traveling from out of town. The redevelopment process has also been aided by the designation of Rahway in 2002 as a Transit Village, making the city eligible for grants and assistance under New Jersey’s Transit Village Initiative.

Indeed, nearly all new developments in Rahway have capitalized on the central location of the train station in the downtown area. Within the ½-mile “transit village” area surrounding the station, no less than 15 major projects have been constructed or are in the planning and development phases. Several of the more noteworthy projects are: the 136-luxury apartment River Place development, the Park Square project which includes 159 apartments and townhouses plus retail space, the construction of three major hotels, and the redevelopment of a mixed-use building containing a movie theater and artist live/work spaces.

Developers and investors have realized that this particularly well-connected and compact municipality is an ideal candidate for revitalization. Construction activity within the ½-mile radius totaled over $105 million from 1999 to 2003. While much of this investment was directed to commercial or municipal projects, the stage has been set for residential expansion and over 1,500 residential units are now in the production pipeline.

Towns in New Jersey and elsewhere can learn valuable lessons from Rahway’s transit-based resurgence and its commitment to the tenets of transit-oriented development (TOD).