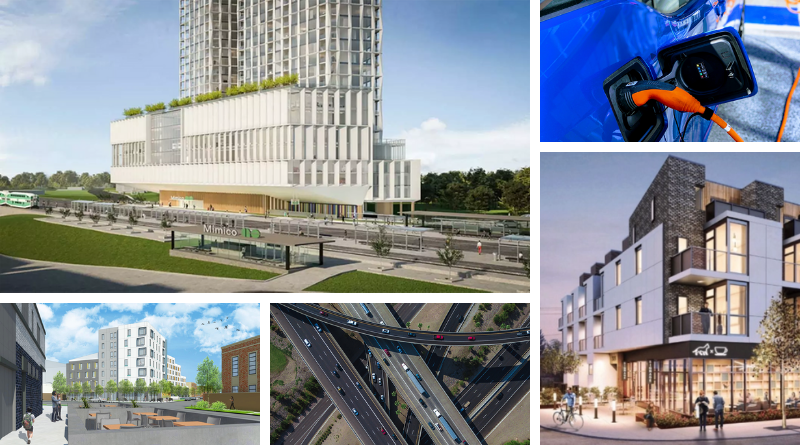 After Pandemic, Safe and Sound Affordable Housing Needs to Be Addressed
Roger K. Kewis, Washington Post, April 24, 2020
As the pandemic has made alarmingly clear, long-standing societal issues, including poverty and a lack of safe affordable housing, disproportionately affect the health of some members of our communities. The coronavirus is infecting and killing black Americans at a higher rate than the general population. Those with heart disease, diabetes and lung disease seem to be more vulnerable to coronavirus and these conditions stem from poverty, poor nutrition and substandard housing in marginally safe and underserved neighborhoods. Infrastructure investment, and the training and employment associated with it, is a way to address these needs.

Can Public Transit Survive a Pandemic?
Alon Levy and Eric Goldwyn, CityLab, April 24, 2020
Hit especially hard by the pandemic, public transit has seen ridership decline 50-90 percent worldwide. Declines in financial supports such as sales and other local taxes will further stress these systems. Some interventions are immediate and necessary to ensure the safety of workers and riders. Others will take longer and will be geared toward rebuilding ridership, which is coupled with employment, and improving operations. Equally important will be maintaining and expanding service, and nurturing more beneficial transportation-land use connections through local planning and zoning.

How Cities Can Manage Travel Demands in Post-COVID-19 Societies
Sayan Roy, Down to Earth, April 24, 2020
Transit providers in cities throughout the world are, and will be, employing a variety of methods to safeguard their employees and passengers. Many agencies have adopted social distancing in boarding and on board vehicles, alternative fare policies and media, and new vehicle cleaning methods to promote safer travel by transit. But the tremendous reduction in ridership means that agencies will need to work hard to bring passengers back to transit during the post-pandemic recovery.

Coronavirus and the Fragility of Auto-Centric Cities
Ben Holland, Rocky Mountain Institute, April 13, 2020
As the pandemic plays out, it exposes a clear and haunting view of the social and economic inequities created in auto-centric cities all over America. A report from the Rocky Mountain Institute discusses systemic problems arising from urban land use and transportation policies that have made accessing food and other critical needs during times of crisis more difficult for lower-income households and those living in transit-poor neighborhoods.

Two Hudson-Bergen Light Rail Stations to Reopen April 25
Ron Zeitlinger, The Jersey Journal, April 21, 2020
On Saturday, Martin Luther King Drive Station and Garfield Avenue Station are expected to reopen after a 10-month shutdown. The two Hudson-Bergen Light Rail stations were closed to allow for the repair of deteriorated pipelines under the rail line. Service at the two stations is scheduled to resume operations that start before 6 AM and end after 2 AM each day.

CHICAGO—Essex Realty Group Brokers Sale of North Center Redevelopment Property
Real Estate Journals, April 24, 2020
Landrosh Development LLC recently purchased 1800-1808 W. Berenice Avenue, a TOD located in the North Center neighborhood of Chicago. Originally built as a warehouse, the property currently houses a theatre, one apartment, office space, and outdoor parking. Plans call for expansion of the building, which would allow for a 58,400 sq. ft mixed use building. Proposed uses, which will require a zoning amendment, include micro-offices and co-working space, 42 apartments with an on-site affordable housing component, and parking.

Research: Displacement in the Face of Climate Change
Marissa Ramirez, NRDC, April 23, 2020
The Strong, Prosperous, and Resilient Communities Challenge (SPARCC), in conjunction with the Urban Displacement Project (UDP) at the University of California Berkeley and EcoAdapt, recently released a literature review and survey results that explore the links between climate and displacement. The literature indicates that green investments, such as transit-friendly housing, enhance resilience to climate change by lowering emissions and/or absorbing floodwaters, but these benefits often come with higher housing costs. The research focused on efforts to stabilize neighborhoods and improve resilience, without causing displacement. One example is the Equitable Transit-Oriented Development program administered by the Partnership for Southern Equity (PSE) in Atlanta.

CHICAGO—Would Logan Square Affordable Housing Complex Create Parking ‘Nightmare’ As Opponents Claim in Lawsuit? Not at All, Report Finds
Mina Bloom, Block Club Chicago, April 22, 2020
Daniel Cooper, Director of Research for the Metropolitan Planning Council, recently issued a data-driven analysis that refutes the views of Logan Square property owners who sued to block an affordable housing project proposed for a site next to the Logan Square Blue Line Station. Members of the group Neighbors for Responsible Development argued that replacing a parking lot with 100 subsidized apartments would cause them “irreparable injury.” Nonprofit developer Bickerdike Redevelopment Corporation has proposed a seven-story affordable housing complex at 2602-38 N. Emmett St., a city-owned site. To counter the group’s claims, Cooper analyzed all parking lot demolitions in Chicago over the past five years. While it may not be possible to determine if demolition of parking harmed nearby businesses or property owners, the data show these demolitions have occurred in areas with a large number of businesses and with great walkability and access to public transit.

SAN DIEGO—Revitalization of NAVWAR Site Moving Forward
Dave Schwab, San Diego News, April 22, 2020
The Navy will continue its efforts to revitalize its Information Warfare Systems Command facilities at Old Town in San Diego, California. Recently, the service signed an agreement with the City and the San Diego Association of Governments to redevelop the 70.5-acre site near the Old Town Transit Center. Plans call for a high-density mixed-use development and a transit hub with buses and rail service, as well as possibly a people-mover or shuttle connecting to the airport. The Navy is currently working on an Environmental Impact Statement, needed to advance the project.

WISCONSIN—Developer Offers 5-Story Mixed-Use Project with Housing at Ella’s Deli Site
Dean Mosiman, Wisconsin State Journal, April 21, 2020
One of Madison’s beloved but now vacant places may be redeveloped into a five-story mixed-use project. Anne Morrison and Urban Land Interests have proposed the redevelopment of the former Ella’s Deli, a toy-filled restaurant with hot air balloon-shaped marquee and outdoor carousel that attracted patrons for more than four decades. Plans for the site comply with existing zoning and would result in 8,000 sq. ft of first-floor commercial space, 135 apartments targeted at those making between $20,000 and $60,000 annually, and underground parking. The site is located near the city’s BRT system.

CALIFORNIA–Pittsburg to Buy $1.4 Million Prime Property Near BART
Judith Prieve, East Bay Times, April 21, 2020
On Monday, the City Council of Pittsburg approved a proposal to purchase a prominent property for transit-oriented development. The City will need to borrow $1.65M from its Housing Authority to purchase the 1.59-acre site and cover the cost of environmental impact report and other related expenses. The property sits less than half a mile from the Pittsburg Center BART Station, on the site of an old Winter Chevrolet dealership.

CHICAGO—MXU in Grand Blvd. Lines Up LIHTC
Connect Media, April 20, 2020
The Habitat Company and P3 Markets received city approval of Low Income Housing Tax Credits (LIHTC) for a mixed-use, mixed-income transit-oriented development in Grand Boulevard, one of Chicago’s great historic neighborhoods. The first phase of the $35M project will comprise 91 apartments and 7,500 square feet of retail space. The next two phases of construction will focus on two more buildings with mixed-income apartments near the 43rd Street Green Line Stop on the South Side.

SPOKANE–Rapid Transit Line Drives Toward Reality In Eastern Washington
Nicholas Deshais Northwest News Network April 18, 2020
This week, the Spokane Transit Authority bought 10 new fully-electric 60-foot buses to service the Puget Sound region. The buses are expected to arrive in 2021 and will be used on routes that connect downtown Spokane, Spokane Community College, and the Browne’s Addition neighborhood through the City Line. The $92M bus rapid transit (BRT) and City Line station project is expected to begin construction in May.

TORONTO, CANADA—This is What Toronto’s New GO Station Could Look Like
Blog Toronto, April 21, 2020
The VANDYK Group of Companies recently submitted a rezoning application for the site of a proposed two-tower mixed-use transit-oriented development just north of Toronto’s Mimico GO Station. The redevelopment project will revitalize two abandoned sites and renovate the railway station to accommodate a connection to 687 residential units, office and retail space, and 514 parking spaces. The project will also integrate the Mimico-Judson Greenway’s pedestrian and cyclist path in support of active transportation.

CALGARY, CANADA—White: A Look at the Challenges to Revitalizing 24th Avenue NW
Richard White, Calgary Herald, April 18, 2020
Three proposed mixed-use projects in Calgary’s Banff Trail have come up against a 1952 zoning restriction to developments on the south side of 24th Avenue NW. The ordinance allows only for the construction of single-detached homes or duplexes in the neighborhood, and stands in contradiction to the city’s vision of densifying and diversifying housing options and adding infill projects near CTrain stations. The projects affected include residential communities strategically located near two primary transit networks and the MAX Orange Line.