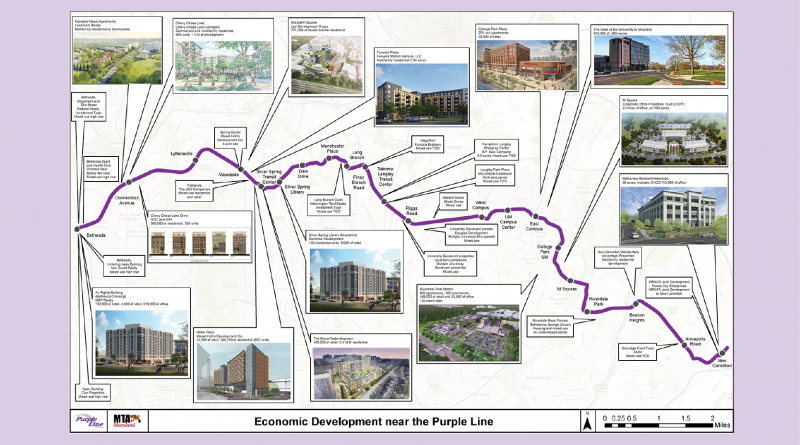 We’re back from our holiday break and ready to report on TOD news!

Train Station Apartments Flagged Forward by Morristown Council; Fire Coverage Questioned
Kevin Coughlin, Morristown Green, December 14, 2018
Morristown’s Council has approved the redevelopment of a parking lot, co-owned by the Morristown Parking Authority and a family, behind the town’s train station into a mixed-use, 5-story, 89-unit apartment building with ground floor retail. Residents have raised concerns about future parking availability and location since most commuters will now park across Lafayette Avenue in a parking garage.

370-Unit Mixed-Use Project Underway in Garwood
Alexis Tarrazi, Patch, December 17, 2018
Construction has started on a mixed-use retail and residential complex a block away from the Garwood train station on the Raritan Valley Line. Russo Development is redeveloping the site in conjunction with Garwood officials, who have been working for five years to identify the best use of the vacant industrial buildings that, until recently, occupied the site.

New Jersey Ranks Top in the Nation for Economic Development Potential in Opportunity Zones
New Jersey Department of Community Affairs Press Release, InsiderNJ, December 18, 2018
LOCUS, in partnership with The George Washington University and SPARCC, has published a study analyzing investor opportunities available in all 50 states’ Opportunity Zones, based on economic, environmental, and social impacts. New Jersey ranks as a top state to invest in, partially due to its smart growth strategies in affordable housing and transportation accessibility. The study is meant to assist investors with choosing Opportunity Zones that will provide the highest return with the lowest risk.

Development of New Ward Street Garage to Propel Investment in Downtown Paterson
Steve Lenox, TAPinto Paterson, December 20, 2018
The Paterson Parking Authority will soon be releasing a Request for Proposals to redevelop a portion of the site of an old parking garage. The garage will be demolished and replaced by a new 860-space structure with 5,000 square feet of retail, but the city is looking for new ideas for the remainder of the site. Local officials would like to utilize $30 million in Economic Redevelopment and Growth (ERG) tax credits to turn the site into a TOD that takes advantage of the city’s train station across the street.

Lincoln Park Officials Focus on Parking Impact from New Downtown Building
Jai Agnish, North Jersey Record, December 21, 2018
On Thursday, December 20, the Lincoln Park Planning Board held a hearing on the Meridia Transit Village Project, discussing the project’s parking impacts on commuter access to parking at the Lincoln Park NJ TRANSIT station. Meridia Capodagli Property is currently in talks with NJ TRANSIT to allow its potential tenants to use a portion of the station parking. The proposed project hinges on the use of shared parking—the idea that each business has its own “peak” parking hours.

How Chicago’s New Bus TOD Ordinance Could Help Underserved Communities
David Zegeye, StreetsBlog Chicago, December 17, 2018
Chicago’s mayor has introduced an ordinance that would expand TOD zones to include areas within a quarter-mile of certain high-ridership, and potential BRT bus routes on the south and west sides, in an attempt to increase “equitable TOD” in the city. TOD rules in Chicago allow for reduced minimum parking requirements, and increased height and densities, but often result in displacement. The mayor’s office will develop a plan over the next 18 months to revise current TOD ordinances to focus on eliminating displacement effects and investing in underserved communities.

With HQ2 Looming, Long Island City Transportation Issues Become Urgent
Miriam Hall, Bisnow New York, December 17, 2018
In the wake of Amazon’s decision to build HQ2 in Queens, local and regional experts have emphasized the need for New York City to progress on transportation infrastructure improvements in Long Island City. Numerous proposals for NYC transit upgrades have become more relevant because Amazon is projected to bring 25,000 new employees to the region by 2028. Project proposals include extending the new Hudson River Tunnel to Queens, construction of the Brooklyn-Queens Connector streetcar, and expedited subway repairs and improvements, especially on the E, 7, G, and M lines which run to the Court Square subway station where HQ2 will be located.

Wegmans is Coming to Reston, VA, as Part of New Halley Rise
Saliqa Khan, CBS WUSA9, December 17, 2018
Wegmans Food Markets has signed on as the retail anchor tenant for Halley Rise, a mixed-use development adjacent to the new Reston Town Center station on the D.C. Metro Silver Line extension, scheduled to open in 2020. Brookfield Property Group is the developer of the project, and will use Halley Rise as a prime example of its placemaking and TOD efforts. Phase 1 of the $1.4 billion project is scheduled to be completed in 2022 and will include residential, retail, office, and public green space.

Framingham Honored for Downtown Development Strategy
Samantha Mercado, Patch, December 18, 2018
Framingham, Massachusetts has received an outstanding planning award from the local chapter of the American Planning Association for its TOD efforts since 2009. In recent years, the downtown has been rezoned and residents have voted to approve several tax-increment financing agreements for urban center housing and TOD. One project receiving this financing, Alta Union House, has been awarded the 2018 LOCUS New England Leadership Award for “Project of the Year” by Smart Growth America.

Maryland Awarded $2 Million Federal Grant to Get 16-Mile Corridor ‘Prepared’ for Purple Line
Katherine Shaver, The Washington Post, December 20, 2018
In 2017, Maryland’s government signed an agreement with local business and community leaders around the site of the future Purple Line light rail. The agreement ensures stakeholders will actively work together to ensure current residents, workers, and employers can benefit from the transit investment. The state received a $2 million federal grant to assist with this process, which will include studies in preserving affordable housing, helping local businesses stay on pace with the economic changes, and helping pedestrians, cyclists, and bus riders easily reach the stations. The grant will be jointly spent by the Maryland Transit Administration and the University of Maryland’s National Center for Smart Growth Research and Education.

Town to Study ‘Depressed’ Area near LIRR Station
Jean-Paul Salamanca, Newsday, December 25, 2018
The New York State Regional Economic Development Council has given the town of Riverhead a $25,000 grant to study options for TOD near Riverhead’s LIRR station. The station is currently in a state of disrepair with much blight and crime in the region. Riverhead leaders hope to use the grant to understand feasibility and costs of redevelopment, and eventually create a welcoming, accessible downtown train station area.

These Changes Will Bring New Entertainment and Housing Options to University City
Cassie Cope, The Charlotte Observer, December 27, 2018
The opening of the LYNX Blue Line Light Rail extension in March 2018 has spurred major project proposals for the University City neighborhood of Charlotte. The projects include a brewery, dine-in movie theater, TopGolf, and a college convention center with conference rooms and a hotel. New mixed-use housing developments will contribute several hundred residential units to the area as well.

MKH Launches First Transit-Oriented-Development in Kajang
Rachael Lee, The Edge Malaysia, December 19, 2018
Kajang, Malaysia will open its first TOD this month, adjacent to a transit station serving three rail lines—one each of commuter, intercity, and high-speed rail. The developer, MKH Berhad, believes the mixed-use residential and retail project will be 75 percent occupied before the end of the year. The units cater to first time homebuyers and young families, as well as students at the local universities.

London Politicians to Mull Masonville Transit Village
Megan Stacey, The London Free Press, December 25, 2018
Beginning in 2019, the London City Council in London, Ontario will be asked to approve the creation of a plan focusing on the best way to develop a successful transit village in Masonville. The new plan would be a spur of the original London Plan that guides the city’s overall growth. It will utilize community input and the potential Bus Rapid Transit system to lay out a plan for mixed-use development in the neighborhood.

TOD 205: Families and Transit-Oriented Development: Creating Complete Communities for All

October 28, 2013 Steph_Admin Comments Off on TOD 205: Families and Transit-Oriented Development: Creating Complete Communities for All