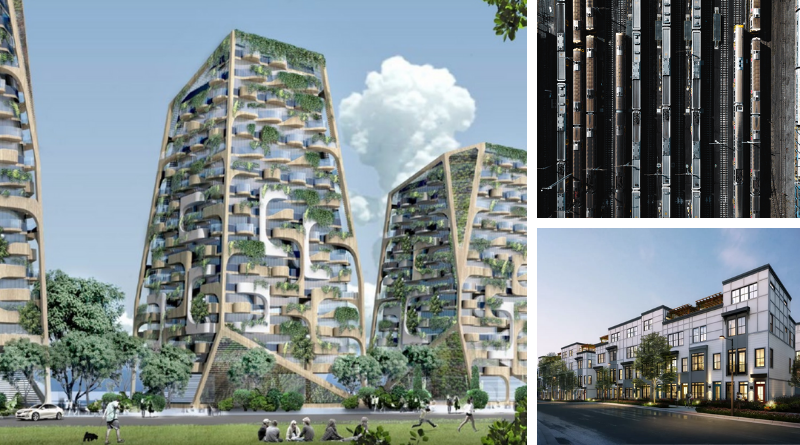 New Jersey Municipalities Receive $161.3M in Grants for Transportation Projects
Melina Druga, Transportation Today, December 6, 2019
NJDOT recently announced the 542 cities and towns that will receive Municipal Aid grants for fiscal year 2020 transportation projects. Seven types of projects are eligible for this funding: bikeway, bridge preservation, mobility, pedestrian safety, roadway preservation, roadway safety, and quality of life. If awarded, the grant will cover 75% of a project with the municipality responsible for the remainder.

East Brunswick Redevelopment: Big Changes to Route 18
Maureen Berzok, TAPinto.net, December 8, 2019
At the beginning of December, the East Brunswick Redevelopment Agency established a 10-year agreement with River Development Equities to manage a 45-acre Redevelopment Zone on Route 18 South, which will include residences, retail, public parking, and a hotel, along with possible community and public services. The site will be a transit-oriented development, built around the township’s third bus terminal which will be constructed in the first phase of the project. River Development Equities’ plan appealed to the township because of its coherence and innovation, according to East Brunswick Mayor Brad Cohen. The next step will be land acquisition for the developer, as the site currently consists of properties that are both abandoned and active.

NJ Transit, Amtrak Begin Work on New Railroad Yard in Middlesex County
Mike Deak, MyCentralJersey.com, December 10, 2019
Construction has begun on a new protective storage facility for NJ TRANSIT railroad cars during extreme weather events near the Jersey Avenue station along the Northeast Corridor Line. This project is part of NJ TRANSIT’s Resilience Program, initiated in response to the damage caused by Hurricane Irene and Superstorm Sandy. The facility will ultimately help protect the equipment from damage and provide an inspection facility to return equipment to use quickly after extreme weather.

Proposal to Turn Flophouse into TOD Development Moves Forward
By REW, Real Estate Weekly, December 4, 2019
Nassau County Industrial Development Agency (IDA) has given preliminary approval to economic incentives to support a transit-oriented rental development on the site of a former motel in the Village of Lynbrook. The developer, Terwilliger & Bartone Properties LLC, of Farmingdale, plans to demolish The Capri Motor Inn at 5 Freer Street and build a 97,482 square foot 80-unit apartment complex that would include eight affordable apartments. In 2016, the village terminated the motel’s license to operate after years of controversy. That same year, the village issued a Request for Proposal seeking a developer for the property and executed a contract of sale with the existing property owners.

First Look: Near Edgewood-Candler Park MARTA Stop, Vision for New Rentals Emerges
Sean Keenan, Curbed.com, December 10, 2019
Curbed Atlanta was provided with exclusive renderings for an anticipated transit-oriented development located adjacent to the Edgewood-Candler Park MARTA Station in Atlanta. Developed by the Ardent Companies and LaFrance Square, the luxury residential development will consist of a mix of townhouses and apartments, and will include amenities such as workout facilities, communal recreation space, a dog park and spa, and garage parking.

CANADA—Development of Squamish Nation Sen̓áḵw Lands Approved by Members
Peter Meiszner, Urban YVR, December 11, 2019
Members of the Squamish Nation have approved development of the Sen̓áḵw Lands next to the Burrard Street Bridge in Vancouver. The vote overwhelmingly approved the land designation and a 50/50 partnership between the Nation and developer Westbank Corp. The project represents the single largest development on First Nation lands in Canada. The Squamish Nation will contribute the land through 120-year leases, after which time the land will return to the Nation. The Nation will also retain full rights to charge property taxes. The transit-oriented mixed-use project will result in 11 towers of up to 56 stories, with each offering 600 units of rental housing, retail, and a small number of condominiums. Construction is set to begin in 2021, with buildout planned for 15-to-20 years. Between 150 and 200 units will be available to Nation members at a rate discounted from prevailing market price.