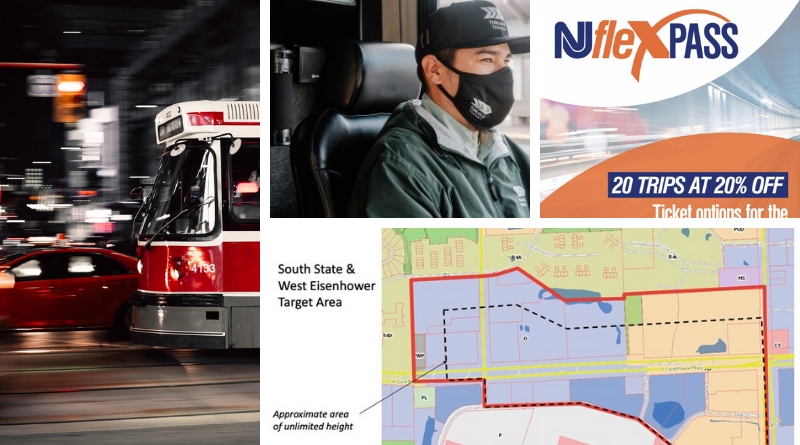 Can Biden save public transit from the pandemic?
Kristin Toussaint, Fast Company, February 11, 2021

What’s the role of public transit in a pandemic? While New York City subway ridership declined by 70 percent, bus ridership fell only 50 percent, suggesting that many essential workers continue to rely on public transportation. In order to hit carbon emission reduction goals, and champion mobility for riders (who tend to be people of color and have lower incomes), President Biden and Department of Transportation Secretary Pete Buttigieg will need to pass relief measures that keep transit agencies running. In addition to $39.3 billion in emergency funding, the federal allocation structure for transportation—currently a legislatively-mandated 80-20 split between highways and public transit—needs to be fixed. That will take an act of Congress, but there’s optimism now that government leaders, starting with Biden himself, as well as Senate Democratic Majority Leader Chuck Schumer, will prioritize saving public transit in the current slate of COVID-19 relief bills.

NEW JERSEY—NJ Transit Offers New Discounted Package for Occasional Commuters
Lary Higgs, NJ.com, February 8, 2021
Responding to shifts in travel patterns brought on by the pandemic, NJ TRANSIT announced a new offering for commuters who may not be heading in to work every day. Flexpass is a package of 20 one-way tickets at a 20 percent discount, giving travelers more options than a traditional monthly pass. “Our hope is that we can encourage customers to return to transit by offering a flexible fare option that meets their needs,” NJ TRANSIT President and CEO Kevin S. Corbett said in a press release.

NEW YORK—5 Things NYC Wants From Biden to Transform Transportation
Patrick McGeehan, The New York Times, February 10, 2021
Trying to weather the fiscal crisis brought on by the COVID-19 pandemic, New York area transit agencies are asking for billions from the federal government. The Metropolitan Transportation Authority, The Port Authority of New York and New Jersey, and NJ TRANSIT are asking for a total of $39.3 billion in relief funds. In addition, it is hoped that the new Biden administration will assist with congestion pricing, the Gateway project’s new tunnels between New York and New Jersey, and the second phase of the Second Avenue subway extension.

CALIFORNIA—Turlock Transit First in State to Utilize Air-Cleaning Tech for Drivers
Angelina Martin, Turlock Journal, February 10, 2021
As transit agencies work to encourage a return in ridership, California’s Turlock Transit plans to install 20 Airlabs Airbubbl devices in its buses, removing 95 percent of airborne viruses, as well as air pollutants. The devices will protect both drivers and riders, cleaning the air of harmful particulates long after the pandemic has passed.

Contactless Transit Fares Get a Pandemic Boost
Laura Bliss, Bloomberg CityLab, February 1, 2021
The COVID-19 pandemic has spurred transit agencies to find new ways for users to pay their fares, such as “tap and go” style contactless fare validators. California’s Monterey-Salinas Transit, Austin’s Capital Metro, and New York’s MTA are case studies of agencies that have implemented “open-loop” payment infrastructure, allowing customers to use their own cards and devices rather than a single, agency-mandated swipe card. For the unbanked, or those without credit or debit cards, public transportation agencies continue to offer reloadable cards.

Officials Want to Reconnect a Bergen-Passaic Commuter Line. Here’s How to Weigh In
Colleen Wilson, NorthJersey.com, February 5, 2021
Over the past month, Passaic County public officials have sought public input on potentially reviving the New York, Susquehanna and Western Railway (NYS&W) corridor for passenger use. Prospective plans include a light rail connection to the Hudson-Bergen Light Rail line at Tonnelle Avenue, then traveling by way of Paterson to a terminus in Hawthorne. The project, still in the planning phase, could restore service last used by passengers in 1966.

Plainfield Apartment Boom Continues with Another Transit-Oriented Plan
Mike Deak, My Central Jersey, February 1, 2021
An increase in people looking to live outside the city has driven new development in the areas along Plainfield’s two train stations. The mixed-use development near Netherwood station will bring 100 new units to the area, in accordance with the City of Plainfield’s transit-oriented redevelopment plan, and will be considered by the municipality’s planning board this month. 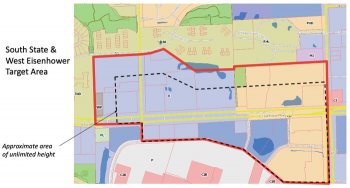 MICHIGAN—Ann Arbor Mulls ‘Unlimited Height’ Development Zones
Ryan Stanton, MLive, February 11, 2021
The Ann Arbor City Council is considering removing height restrictions for developments in certain zones in transit-rich corridors, with the hope of encouraging more mixed-use, multi-modal properties. Some residents have expressed concern about tall buildings blocking sunlight, though heights would be capped in areas within 300 feet of residential districts. The Council will continue reviewing proposals with a vote expected in June. NOTE: Access to the article may require a subscriber sign-in.

CALIFORNIA—Redwood City Weighs In on Sequoia Station
Sierra Lopez Daily Journal Staff, February 10, 2021
Part of a plan to expand a Caltrain station is a proposed Sequoia Station Transit District redevelopment project that, in addition to adding grade separation and doubling track capacity, would create 625 housing units, 1.25 million sq. ft. of office space, and 175,000 sq. ft. of retail. City councilors were generally supportive of the plan, with some hesitation as to whether the proposed number of affordable units (225) could be expanded.

ILLINOIS—Alderman Martin Approves 48-unit Equitable TOD at Zia’s Restaurant Site in Lakeview
Imelda March and John Greenfield, Streetsblog Chicago, February 10, 2021
A zoning change in Chicago’s Lakeview neighborhood will enable the construction of a 48-unit development on a former restaurant property. The new apartments will house 10 affordable housing units, twice the required number in Chicago, with local officials promising to work with the Chicago Low-Income Housing Trust Fund to secure another five units for residents with 30 percent of the area median income. Neighbors worry that the development lacks adequate parking, though it is near the high-frequency bus line and the Irving Park Brown Line Station. To address these concerns, residents of the new development will not be eligible for on-street parking permits, and additional bike parking space, comprising more than one space per unit, will be added to the plan.

MASSACHUSETTS—Riverside Developers Seek to Replace Hotel with Life Sciences Building
John Hilliard, The Boston Globe, February 10, 2021
Developers transforming a Green Line parking lot and adjacent hotel property have adjusted their project proposal, substituting a hotel with space dedicated to biological science research and development, a decision that reflects development trends along the nearby Route 128 corridor. The development, at the terminus of the MBTA’s Green Line D Branch, would also host 550 units, with 44 reserved as affordable housing. The changes have drawn some concern from neighborhood residents, and the revised proposal must be still approved by Newton’s City Council.

CALFORNIA—How Much Parking Does a BART Station Need? New Buildings Are Taking Some Away
Nico Savidge, The Mercury News, February 4, 2021
Tensions mount from the nearly 3,000 units under construction or planned on Bay Area Rapid Transit (BART) property, as adjacent neighbors and commuters worry about parking facilities lost to new developments. The boom was spurred in part by a 2018 law authorizing BART to build on its properties with less municipal interference. BART’s development program manager acknowledged that the loss of parking in the transit-oriented development was part of a push to encourage the use of more multimodal options.

GERMANY—Berlin’s New Timber Tower Comes with Lofty Ambitions
Feargus O’Sullivan, Bloomberg CityLab, February 11, 2021
The new WoHo tower will be 29 stories tall, constructed mostly out of cross-laminated timber, earning the title of the tallest wooden building in Europe. The tower is planned with a social mission in mind: ⅓ of its units will be affordable housing, with another ⅓ designated as rent-controlled. Its layout has diversity of use in mind: flexible rooms scattered throughout, as well as a mix of unit types. WoHo, with sustainability and social equity in mind, is branded as a response to the controversial “Amazon Tower” in Berlin—which spurred a suite of new height and design regulations that this timber tower follows.

CHINA—New ‘Future City’ to Rise in Southwest China
Jacqui Palumbo, CNN, February 9, 2021
Architectural firms OMP and GMP released plans for 1.8 sq. mi. urban space outside Chengdu, Sichuan province’s capital, which aims to create an industry and technology hub with a pastoral character. The Chengdu Future Science and Technology City will contain laboratories, office space, and educational facilities, all oriented with walkability in mind. The new city will be near the future Tianfu International Airport, and will remodel an existing subway station on its site.