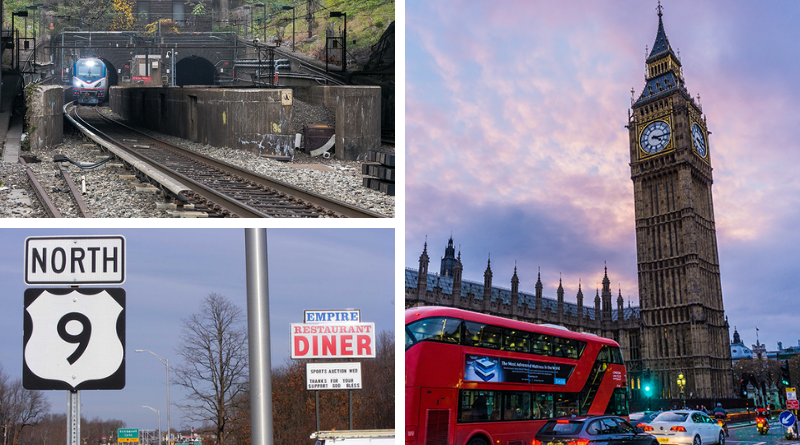 The U.S. Department of Transportation’s Federal Transit Administration (FTA) today announced the award of the latest round of funding for its Pilot Program for Transit-Oriented Development (TOD) Planning grants program. In total, the program will provide $11 million in support for 20 projects in 12 states, including $470,000 to NJ TRANSIT to develop a comprehensive TOD study for the proposed Route 9 bus rapid transit in Middlesex and Monmouth counties.

NEW YORK—Transit Tech Lab Announces Winners of COVID-19 Response Challenge
Erik Bascome, SILive.com, January 18, 2022
The Transit Tech Lab has announced the three winners of its COVID-19 Response Challenge. In July 2020, the MTA and the Transit Innovation Partnership announced the challenge and solicited innovative transit-based technologies to improve network service and bolster customer experience during the pandemic. The winners include the Brooklyn-based Beyond company, offering individually leased folding electric bikes and scooters to be used in conjunction with the City’s transit system; CitySwift, from Galway, Ireland, for technology that provides riders and operators with train and bus capacity levels; and Kinnos, also of Brooklyn, for a proprietary colorized powder formula that dissolves into liquid bleach that can be used to improve disinfection application. The companies will now begin one-year pilot programs with the MTA or Port Authority.

Amtrak temporarily reduces train service amid Omicron surge within its ranks.
Madeleine Ngo, The New York Times, January 14, 2021
Amtrak, as well as many other of the nation’s transit providers, have had to reduce service due to rising cases of the Omicron variant among operators and other transit workers. Along the Northeast Regional route, eight percent of weekly departures will be suspended between January 24 and March 27.

Feds Clear the Way for Gateway Tunnel Project to Get Billions in Funding
Larry Higgs, NJ.com, January 21, 2022
The final hurdle needed to qualify for federal funding to start building the $12.3 billion Gateway rail tunnel was cleared Thursday when the Federal Transit Administration raised its rating of the project. FTA officials announced the tunnel project’s rating had been raised to “medium-high,” meaning that the Hudson River Tunnels are eligible to move forward in the Capital Investment Grants (CIG) program process to access federal funding for the project.

PLAINFIELD—Plainfield Planning Board Approves 71-Unit Apartment Building
TAPintoPlainfield, January 21, 2022
The Plainfield Planning Board unanimously approved plans for a new apartment building at 110-120 West 6th Street in the TODD South Redevelopment area. The five-story structure will comprise 71 units and offer ground floor covered parking as well as bicycle storage. The building will be situated a short distance from the Plainfield Rail Station.

DUNELLEN—Living in … Dunellen, N.J.
Jill P. Capuzzo, The New York Times, January 19, 2022
This week the NYT real estate section recognizes another NJ rail town—the Borough of Dunellen in Middlesex County. Situated on the Raritan Valley Line, the one-mile square community offers both affordability and diversity. The Borough was designated a New Jersey Transit Village in 2012. This summer, the first phase of Dunellen Station, a $105 million mixed-use project, will bring new housing to the community for the first time in decades. The 20-acre site near the train station will comprise 252 rental apartments, 130 townhouses and 9,200 sq. ft. of retail space.

MARYLAND—Annapolis Transportation Board Urges City to Adopt Fare-Free Transit Model to Increase Ridership, Equity
Brooks Dubose, Mass Transit (The Capital), January 21, 2022
The Annapolis Transportation Board (ATB) has recommended that to increase ridership, reduce car congestion, and increase equity among residents, the City of Annapolis should make its transit system entirely free to riders. If adopted, the change would come as the City demolishes and rebuilds the 425-space Noah Hillman Garage and redevelops its historic waterfront area known as City Dock. A report to the ATB outlines several ways to offset the estimated $389,000 in annual fare revenues that would be lost including increasing city parking revenues allocated to public transit, new private and public grants, and increasing state and county contributions.

RHODE ISLAND—During a Crisis, Zoning Laws Are Hindering Construction of Affordable Housing Units
Alexa Gagosz, Boston Globe, January 20, 2022
In the Ocean State, local zoning and parking requirements frequently obstruct efforts to build new, and rehabilitate, old, affordable housing. Developers must seek variances and reductions in parking requirements, which often call for at least two spaces per housing unit despite efforts to expand transit availability and usage. For Foster Forward and other nonprofit developers looking to update properties offering a small number of units, these challenges can be too much to overcome.

MASSACHUSETTS—Can You Force the Suburbs to Build Apartments? Massachusetts Is Trying.
Henry Grabar, Slate, January 21, 2021
Changes may be coming to Boston’s suburbs due to the economic development bill that passed in 2021. The bill included zoning and permitting reform and mandated multifamily housing for places served by or adjacent to MBTA stations. The legislation has been designed to address the region’s housing storage and high housing prices. Threatened loss of access to some state grant programs may not be enough of an incentive for municipalities to comply.

NEW YORK—Hinging on the Details
Eric Kober, The City Journal, January 20, 2022
New York State Governor Kathy Hochul and the state legislature are looking at changes to the state’s housing policy. Among the proposals under consideration are the permitting of accessory dwelling units as well as “transit-oriented development” legislation requiring New York City suburbs to permit housing near stations and stops at a density of at least 25 units per acre.

WASHINGTON—Statewide Upzoning Proposal Aims for ‘Stout’ Housing Density Near Mass Transit
Dalton Day, MYNorthwest, January 19, 2022
In the coming year, the Washington State legislation will consider bills to address housing, growth management, and a push for upzoning near transit facilities. House Bill 2020 looks at all three of these issues as it calls for a modification in residential zoning around transit hubs and would establish minimum density requirements to increase availability of low- and moderate-income housing in cities governed by the Growth Management Act. A total of 28 of the state’s 39 counties would be affected.

GEORGIA—MARTA Attracts Interest in Devising Plans for Two Suburban Stations
David Pendered, Saporta Report, January 13, 2022
MARTA has drawn the interest of internationally recognized firms as it seeks to hire a consultant to develop master plans for both the H.E. Holmes and Indian Creek stations. Plans will support the transit friendly concept of live-work-play as has been advanced by the transit agency and the Atlanta Regional Commission through its Livable Centers Initiative. However, pandemic impacts on transit and transit-friendly housing remain in flux such that in October 2021 MARTA deferred its plans to develop mixed use communities around stations in Midtown and Downtown Atlanta and MARTA’s Board of Directors voted on October 14, 2021, to rescind awards for development at its Arts Center and Peachtree Center stations.

KENYA—Affordable Housing: State to Build 4,900 Units in Nairobi’s Mowlem Estate
Maureen Kinyanjui, The Star, January 19, 2022
Nairobi, Kenya, will be the site of the nation’s first transit-oriented development housing program. Mowlem Development will comprise a total of 4,900 units, to be built in three phases, and will be situated near the Dandora Station on the Nairobi commuter rail system.

United Kingdom—Sadiq Khan Proposes Journey Charge for Motorists in London
Gwyn Topham, The Guardian, January 17, 2022
London Mayor, Sadiq Khan, has proposed using smart road pricing in all of London in an effort to reduce carbon emissions and improve air quality. His recommendation draws upon a recent report that found that travel by private autos needs to be cut by more than a quarter to meet net zero emission targets by 2030. Kahn has asked Transport for London (TfL) to explore road pricing that would charge by distance traveled, time, and location.