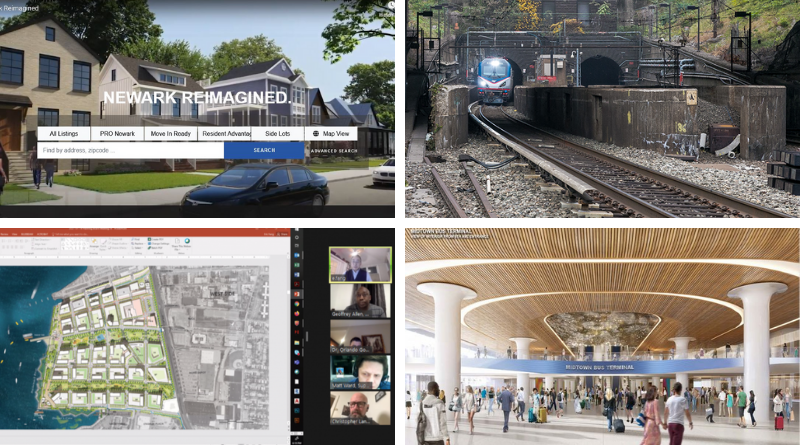 Two of the region’s most important transportation issues highlight how infrastructure investment, or the lack thereof, affects economic conditions. How the Gateway rail project and the budget crisis facing the Metropolitan Transportation Authority (MTA) each get resolved will have long-term impacts on how people move across the region, and on the area’s commercial real estate market and other economic sectors. Both issues are expected to see considerable progress with the change of administration. Key milestones that languished during the Trump administration and that are likely to be addressed quickly include federal approval of the Gateway project environment impact statement as well as congestion pricing as a funding stream for the MTA. The New York City real estate market is likely to see immediate impacts from concrete support behind these and other measures, even if project completion is more than a decade away. 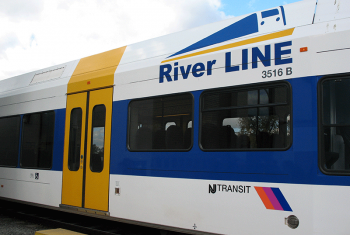 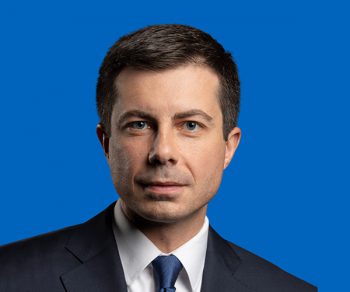 Buttigieg Vows to Work With Lawmakers on NYC-N.J. Gateway Tunnel
Keith Laing, Bloomberg.com, January 21, 2021
During his recent confirmation hearing, U.S. Department of Transportation Secretary designate, Pete Buttigieg, discussed his plans to focus on two TOD-related issues: Covid-19 safety aboard public transport and working with lawmakers to advance the proposed Gateway rail tunnel between New Jersey and New York. In his remarks, he noted the ties between transportation infrastructure improvements and a successful economy, and spoke of the need for sustained funding for the Highway Trust Fund.

Remote Work Pushes Transit Agencies to Rethink Monthly Rail Passes
Paul Berger, The Wall Street Journal, January 18, 2021
With U.S. vaccine rollout gaining momentum, those who have been working from home have begun thinking about their return to workplaces. However, even workers itching to get back to their offices have come to realize that a five-day a week commute may no longer be necessary. This change in commuting patterns may have long-term effects on ticket pricing. As demand for monthly and weekly passes decline, transit agencies have begun to adopt and/or promote other forms of ticket bundling that may better suit current commuting patterns, such as 10-trip or other bulk purchases that do not expire and 72-hour/3-day passes. Note: This article requires a paid-account to access.

NJ grant pegged for South Amboy train station. Here’s what it will bring
Susan Loyer, MyCentralJersey.com, January 19, 2021
The NJ Department of Transportation recently awarded the City of South Amboy a $120,000 grant to be used to improve pedestrian safety and signage near the NJ TRANSIT station. The funds will help to purchase and install three LED signs to provide riders with up-to-date transit information. South Amboy was one of the first four Transit Villages designated by the New Jersey Department of Transportation in 1999.

Invest Newark Launching Dedicated Website for the Newark Land Bank
New Jersey Stage, January 21, 2021
Invest Newark, the City’s Economic Development Corporation, will launch a website dedicated to the Newark Land Bank (NLB). The NLB initiative was created in 2019 to improve the quality of life of city residents through increased home ownership, reduced blight, the creation of affordable and market rate housing, and increased capacity of Minority, Women-Owned, and Disadvantaged Business Enterprises (M/W/DBE) developers and subcontractors. The effort has been championed by Mayor Ras J. Baraka. When the website launches in February, users will be able to preview available properties, register to receive notifications, and learn how to purchase property. Users can also access training videos, learn more about specific programs, and find information on policies and additional resources.

Jersey City Planning Board Unanimously Approves Bayfront Redevelopment Plan
Daniel Ulloa, Hudson County View, January 20, 2021
The Jersey City Planning Board recently approved the site plan for the Bayfront redevelopment project, which is to be built on the city’s west side along the Hackensack River. Plans for the TOD project call for a total 8,100 housing units, 340,000 sq. ft. of office space, 450,000 sq. ft. retail space, and 19 acres of parks, as well as a K-8 school for 400 students. Overall, 35 percent of the units will meet affordable housing standards, with 15 percent priced as workforce housing. Each phase of the project will have meet the 20 percent requirement for affordable housing. The development team, led by Perkins Eastman, stated that part of the financing would likely come from Low-Income Housing Tax Credits (LIHTC), which stipulate sustainability requirements for the project. Jersey City is working with NJ TRANSIT on plans to extend the Hudson Bergen Light Rail further into the west side neighbor and to build a new light rail station in close proximity to Bayfront.

NEW YORK—Port Authority Decides to Build New Bus Terminal in Footprint of Current One
Stephen Nessen, WNYC/The Gothamist, January 22, 2021
After years of public meetings and consideration of 30 different options, the Port Authority of New York and New Jersey has decided to build a new bus terminal on the same footprint as the current 1950 structure at 42nd Street. Plans call for increased capacity to accommodate 30 percent more buses, including electric and possibly autonomous vehicles as well as larger vehicles. Community members called for getting interstate buses off of city streets, so plans include ramps connecting directly to the Lincoln Tunnel and a separate wing for vehicles traveling out of state. The Port Authority plans construction of that facility first, then demolition and construction of the new terminal.

ILLINOIS—Transit-Oriented Development in Bronzeville Passes through Plan Commission
Christian Belanger, Hyde Park Herald, January 21, 2021
On Thursday, the Chicago Plan Commission approved a mixed-use project in Bronzeville, a predominantly African-American neighborhood in the city’s South Side. First presented to the local community in late 2019, the project will redevelop vacant land, and comprise 99 apartments (about half of which will be affordable) and ground floor retail. While Chicago has actively promoted TOD since adopting a supportive ordinance in 2013, the vast majority of projects have been built on the city’s North Side, in the West Loop, or downtown. This project represents a concerted effort to more equitably promote TOD throughout the city and to include equity into the design and execution of its TOD projects.

PENNSYLVANIA—SEPTA Advancing King of Prussia Rail Extension
Marybeth Luczak, Railway Age, January 18, 2021
The Federal Transit Administration (FTA) has issued a combined Final Environmental Impact Statement/Record of Decision (FEIS/ROD) authorizing SEPTA to continue design and construction of the 3.5-mile, five-station King of Prussia Rail extension of the Norristown High Speed Line (NHSL). SEPTA is seeking up to half of the $2.07 billion (2025 dollars/mid-point of construction) project funding from FTA’s Capital Investment Grant program, New Starts. In December 2020, the agency received a $360,000 grant through FTA’s Pilot Program for Transit-Oriented Development (TOD) Planning. The King of Prussia rail extension will connect Center City, University City and King of Prussia—three of the largest employment centers in the region.