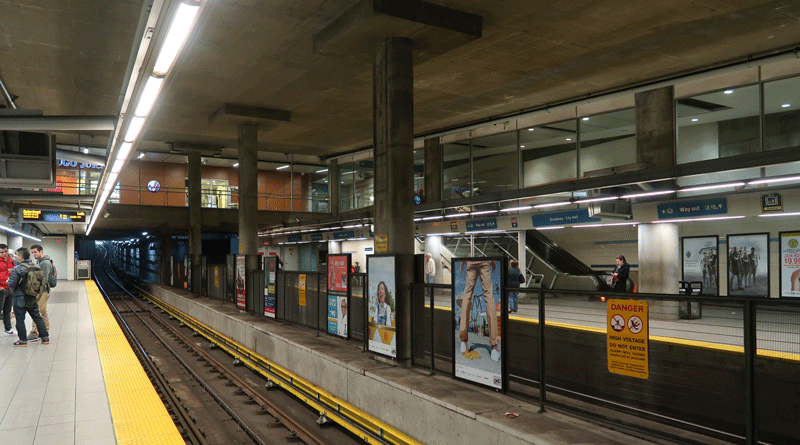 Governor Murphy Signs Legislation to Provide Tax Benefit for New Jersey Commuters
Press Release, InsiderNJ, March 1, 2019
On March 1, Governor Murphy signed legislation requiring all employers with 20 or more employees to utilize the federal transportation fringe benefit, which allows commuters to set aside a portion of their pre-tax income to pay for transit or parking costs associated with their commute. Previously, the benefit was available to all employers under federal tax law, but it was not mandatory to offer the benefit to employees. Murphy’s signature came a week before several US representatives introduced a bill in the House proposing to reinstate the bicycle commuter tax benefit eliminated in the 2017 Tax Cuts and Jobs Act.

Bound Brook May Reach Its ‘Remarkable Potential’ with Downtown Pedestrian Plaza
Mike Deak, Bridgewater Courier News, March 4, 2019
In July 2018, Bound Brook published a report detailing the borough’s plans for redevelopment modeled after a similar project in Somerville—turning a block of the Hamilton Street corridor into a pedestrian plaza and upgrading the Van Horne Plaza next to the train station. Councilmembers are looking for ways to finance the $3 million project without increasing taxes on residents. The borough will also determine whether businesses along the studied block of Hamilton Street will be viable after its conversion to a pedestrian plaza, which the report states could be “the heart of Bound Brook’s civic life.”

Office Leasing Blossoms in the Garden State
Industry Insights, Commercial Observer, March 5, 2019
Real estate company Cushman & Wakefield report in their Marketbeat newsletter a continued increase in office space leasing activity in northern New Jersey. Many developers, such as Mack-Cali Realty Corporation, are working to revitalize former industrial neighborhoods in the region by turning them into mixed-use sites. Companies are drawn to the northern New Jersey office market due to a variety of factors, including the State’s tax incentives, cheaper rents and access to public transit.

The Trump Administration is holding up funding for a Portal Bridge. Here’s a proposal to get around it.
Jonathan D. Salant, NJ.com, March 5, 2019
Before construction of the new Portal Bridge over the Hackensack River can begin as the first step of the Gateway Project, Transportation Secretary Elaine Chao must approve $275 million in federal funds. Federal officials have listed numerous reasons for not approving the disbursement of funds, including a lowered rating of the project from the FTA, and an allegation that states have not met their local share of the project funding. In the event approval from Chao continues to be delayed, the New Jersey and New York senators (Booker, Menendez, Schumer, and Gillibrand) are drafting legislation that would allow their states and Port Authority to begin the work with their own funds, and be reimbursed once federal funds are approved.

New Flood Control Systems Could Make New Jersey Town Too Pricey for Current Residents
Robert Benincasa, NPR – All Things Considered, March 6, 2019
After the completion of $650 million of flood protection, developers are building new apartments, restaurants, and amenities in the transit village of Bound Brook, only an hour from Manhattan via NJ TRANSIT’s Raritan Valley line. Local officials and residents are embracing the new development, but worry that members of the Latino community will be displaced as rents rise.

‘Emotions are a little raw right now’: Officials Respond to Duke Not Supporting the Light Rail, Discuss Path Forward
Bre Bradham, The Chronicle, March 1, 2019
Last week, Duke University and North Carolina Railroad refused to sign onto a cooperation agreement with GoTriangle to work on the Durham-Orange Light Rail project. Duke officials report that they are concerned about vibration impacts, electromagnetic interference, and access to electric power in the Duke University Hospital during construction and operation of the adjacent Erwin Road station. Some city officials have proposed using eminent domain power to purchase the needed land from Duke, or modifying the proposed route of the light rail, although the Environmental Impact Study has already been finalized.

With IPO Due, Uber Aims to Be ‘Amazon of Transportation’
Glenn Chapman, Phys.org, March 3, 2019
As Uber prepares to go public around April 2019, the company has begun to shift towards a model encompassing multimodal transit options. Uber has acquired the electric bike startup Jump and will begin including LimeBike and public transit options in its smartphone application. Uber’s goal is to eventually include transit timetables and fare payments within its app, so a user can book their trip from start to finish using its services—for example, e-scooter from the trip origin to the departing transit station, take transit to the arriving station, and take an e-bike or rideshare to the final destination.

San Diego City Council Votes to Repeal Minimum Parking Requirements for New Housing
Alexander Nguyen, Times of San Diego, March 4, 2019
San Diego City Council has voted 8 to 1 to remove the City’s minimum parking requirements, mandating one spot per housing unit or bedroom, for new developments in “transit priority areas,” which are areas within half a mile of a current or planned transit stop. The bill is meant to increase the supply of affordable housing by decreasing construction costs, which are upwards of $90,000 per parking space in San Diego. Opponents of the bill are concerned that residents of developments with limited or no parking will circle lots looking for a parking space, and that San Diego’s transit is not able to support an influx of riders that may result from the elimination of parking in residential developments.

Can Micro-Real-Estate Developers Help Solve the Homelessness Crisis?
Dana Goodyear, The New Yorker, March 6, 2019
In 2017, California lifted restrictions on accessory dwelling units, allowing many suburban homes with detached two-car garages to convert the garages into micro housing units. United Dwelling, a new development company, has proposed to convert some of the 250,000 two-car-garages in Los Angeles County into below-market rental housing for the homeless and housing insecure. The new law requires any converted garages to be within a half-mile of public transit or within a block of a rideshare pickup spot, adding another potential asset to the TOD handbook for California and LA.

TriMet to Sell 7 Sites Near MAX Lines for $20 Million
Melody Finnemore, Portland Tribune, March 7, 2019
The Tri-County Metropolitan Transportation District of Oregon (TriMet) has been constructing stations on its Portland MAX light rail line since 1982. The transit agency still owns much of the land around the stations, since it was required to purchase all land that would be needed for, or impacted by, construction of stations, even if a station did not directly occupy the land. Now, TriMet is selling off some of its old properties, under the condition that buyers work to properly implement TOD projects, and has partnered with two real estate developers to evaluate and market its sites for suitability as mixed-use TOD.

With 27 Stations, 2 Corridors, Agra to Have Metro Running By 2024
Deepak Lavania, The Times of India, March 2, 2019
India’s Union Cabinet has approved the construction of the Agra Metro Rail Project. The project will consist of two lines – an 8.7-mile-long, 13 station route between Sikandara and Taj East Gate, and a 9.6-mile-long, 14 station route between Agra Cantt and Kalindi Vihar. The $1.2 billion (USD) project will be jointly financed by the central and state governments and will connect central Agra with regional tourist attractions, as well as promote TOD around new stations.

Vancouver Considers Rental-Only Zoning Around Proposed SkyTrain Line to UBC
CBC News, March 5, 2019
A new bill proposed to the Vancouver City Council would institute a rental-only zoning policy for the 1-kilometer corridor on either side of the new SkyTrain line. Below-market rental housing, affordable student housing for University of British Columbia (UBC) students, and social housing would all be acceptable uses under the policy. The Coalition of Vancouver Neighborhoods is concerned about the impacts of treating the region as one long corridor, rather than considering individual neighborhoods with unique policy needs.