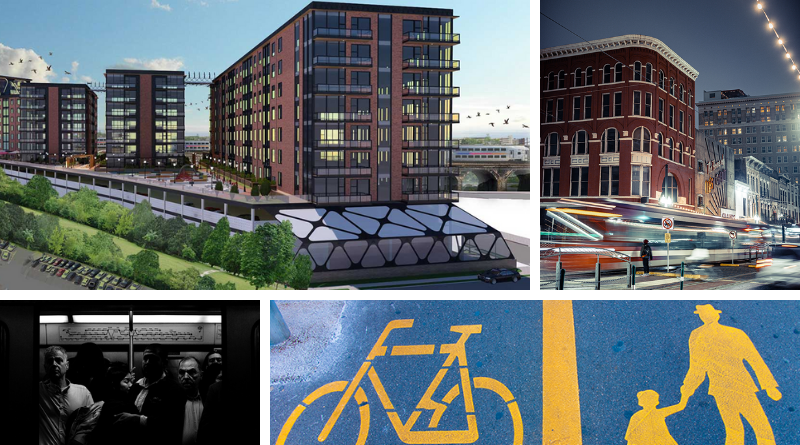 This Memorial Day, we honor the fallen heroes in our armed forces, along with first responders and essential workers on the front lines of the fight against COVID-19. Please use transit for essential travel only, and face coverings are required when riding. Enjoy the weekend! pic.twitter.com/u5dMqpdQsy

Here’s What NJ Transit May Soon Look Like: Gov. Murphy
Caren Lissner, Patch, May 21, 2020
In accordance with Gov. Phil Murphy’s multi-phased plan for reopening, NJ TRANSIT has been preparing for New Jersey’s “new normal,” with a key focus on encouraging riders to return to the system. The plan by Murphy includes approaches that the agency is already pursuing, such as service modifications, social distancing measures, and daily cleaning of all vehicles. NJ TRANSIT has also implemented rear-door boarding on all bus routes and the disinfecting of frequent customer touchpoints like ticket vending machines, handrails, and door handles.

Local Transit Systems Make Slow Return to Charging Fares as Coronavirus Restrictions Ease
Heidi Groover and Michelle Baruchman, Seattle Times, May 19, 2020
In Washington, Puget Sound transit agencies are slowly phasing out fare-free transit. Beginning June 1, some routes on the Sound Transit and Community Transit lines will be issuing discounted tickets for buses and trains. The Link light rail will offer one-dollar “recovery fares” and the Sounder commuter rail line will offer a two-dollar fare, available either through vending machines or through the agencies mobile app.

From Goody-Two-Shoes to Pariah: How Coronavirus Is Changing Public Transportation
Tanya Snyder, Politico, May 19, 2020
As the pandemic and social distancing measures strain public transit ridership, experts weigh in on ways to keep transit agencies financially afloat. Transit consultant Jarrett Walker suggests that agencies cut rush-hour services and eliminate downtown and tourist trolleys to focus on the needs of hospital and grocery workers. In Cleveland and San Francisco, transit agencies are tailoring bus and rail services for essential workers, who don’t always have standard 9-to-5 schedules. Former New York City Transportation Commissioner Janette Sadik-Khan says that she hopes transportation officials use this time “not to restore transit but to expand it.”

How do we go about designing pandemic-resilient cities?
Dr. Julian Bollester and Robert Cameron, Business News Australia, May 18, 2020
In a series of articles, Great for the State 2020: City of the Future, Business News Australia canvasses a variety of perspectives in the debate over pressing urban issues. Dr. Julian Bollester and Robert Cameron argue that in order to build pandemic-resilient cities, urban design should incorporate the “prized features of suburbia” into higher-density urban precincts, maximizing what both have to offer to secure the well-being of societies during lock-downs.

COVID-19 Crisis Spotlights Importance of Equitable Transit-Oriented Development
Sean Keenan, Saporta Report, May 13, 2020
The COVID-19 pandemic has further exacerbated the daunting housing shortages and displacement issues in many major cities all over the America. In Atlanta, lower income brackets living in transit and food deserts with lost or decreased incomes suffer the greatest. To alleviate the distress, many are looking at transit-oriented developments like the $62M mixed-use community in Grant Park, near the King Memorial MARTA train station. The development would bring 100 new affordable homes for households earning up to 80 percent of the area median income.

Garfield Introduces $15M Tax Alternative Plan for Passaic Street Apartment Towers
Katie Sobko, NorthJersey.com, May 21, 2020
Developer Meridia and the City of Garfield may pursue a 15-year tax alternative plan worth $15M for two proposed high-rise condos. If completed, the project would bring 105 apartments to the site on Passaic Street. Most members of the city council agreed with the PILOT plan, which will allow the developer to pay a percentage of revenues from the development to the city instead of traditional property taxes. After evaluation by the council, the PILOT plan needs to be brought before a public meeting before final approval.

New Details Revealed About Nine-Story $79M Elizabeth Development Proposal
Jared Kofsky, Jersey Digs, May 20, 2020
Updated renderings for a mixed-use development in Elizabeth were released earlier this week, two years after the plan was approved by the city’s planning board. The $79M nine-story project is next to the New York-bound platform at Elizabeth’s main train station and is expected to include 300 residential units, 2,737 sq. ft. of office space, and 12,629 sq. ft. of retail space, and will incorporate green infrastructure.

Waterfront Garages, Downtown Block Could Be Hoboken’s Newest Rehabilitation Areas
Chris Fry, Jersey Digs, May 20, 2020
This week, the Hoboken City Council will vote on resolutions to create two rehabilitation areas near the city’s PATH station. The two proposed rehabilitation zones will span 4.79 acres and include three city-owned garages near the Hudson River. The properties within the proposed zones will need renovations to address aging sewer and water infrastructure and will additionally need to be rezoned for mixed use development. Should the resolutions pass, redevelopment plans will be drawn up and presented to the council and the public before any zoning changes or development can progress forward.

Harrison Yards’ Second Phase Could Include Hotel and Nearly 900 Units
Jared Kofsky, Jersey Digs, May 20, 2020
A former industrial site near the western Hudson County PATH station could be home to hundreds of new residential units and a hotel soon. Developer Accordia Harrison of Urban Renewal, LLC submitted a proposal for developing 898 residential units, 1,350 parking spaces, a 200-room hotel, 204,709 sq. ft. of retail and commercial space, and 40,784 sq. ft. of park space. The City Council is set to decide on the proposal this week.

TEXAS—Can America’s Oil Capital Go Green?
Nolan Gray, CityLab, May 21, 2020
Famous for being America’s largest unzoned city and a sprawling oil capital, Houston is surprising many with its green urban initiatives. The city has considered plans to shift its bus transit fleet to electric vehicles and to use renewable energy sources. It has also been making space for more walkable urbanism. The city released a Bicycle Master Plan and has implemented its Walkable Places Ordinance and Transit-Oriented Development Ordinance.

ILLINOIS—Chicago RTA Study Identifies Costs, Potential Local Funding Strategies for Service Improvements Along Metra NCS
Mass Transit Mag, May 20, 2020
Recently, Chicago area’s Regional Transportation Authority (RTA) completed a study on possible improvements to the Metra North Central Service (NCS) corridor. The study is the first step in a continuing dialogue on the future of the NCS as well as the area’s larger local and regional multi-modal and transit-oriented goals. Data gathered for the study indicate that 44 percent of survey respondents favor weekend service improvements and 39 percent of daily riders preferred more weekday commute service. The RTA conducted the study prior to the COVID-19 pandemic, and will be collecting additional input to determine appropriate modifications and expansions to the service.

How do we make sure that open streets are truly open for everyone?
Courtney Cobbs, Streetsblog Chicago, May 20, 2020
The Untokening, a mobility justice advocacy group, recently organized a talk titled “Open Streets for Our Communities during COVID and Beyond,” discussing the challenges that the pandemic has raised for the Open Streets movement. Many advocates feel a sense of urgency to create more socially-distanced, car-free transportation and recreation, especially for people of color that are transit-dependent. Advocacy groups are also calling for bus-only lanes to help essential workers and urban residents commute to work more quickly, as well as the construction of affordable transit-oriented development to address the spatial mismatch between where essential workers live and their places of work.

CALIFORNIA—Hines’ 200-Acre San Diego Riverwalk Transit-Oriented MXU Advances
Connect Media, May 19, 2020
The Riverwalk project in Mission Valley, San Diego continues to progress as it awaits a decision on its environmental impact report. The $2.5B redevelopment will transform a former 195-acre golf club into a mixed-use live-work-play village with 4,300 apartments and condos, retail space and 1M sq. ft. of office space by 2035. The project will dedicate 100 acres to open space, trails, bikeways, and pedestrian infrastructure, and it will include the buildout of a light rail station connecting to the city’s existing green trolley line.

CANADA—Taller Heights Proposed for Old Translink Bus Depot Redevelopment in Vancouver
Kenneth Chan, Vancouver Urbanized, May 13, 2020
Modern Green Canada, developers for the Oakridge Transit Center redevelopment project in Vancouver, have submitted a modified rezoning application requesting increased tower heights. The developer hopes to increase the heights for the proposed residential towers from 22 stories to 26 stories, adding a total of 50 feet to the project. Should the rezoning application be approved, the project will bring 300 units of social housing, 24,000 sq. ft. of commercial space, 1,149 condominiums, an 8,500 sq. ft. childcare facility, a two-acre public park and sports field, and an extension of public streets into the site.