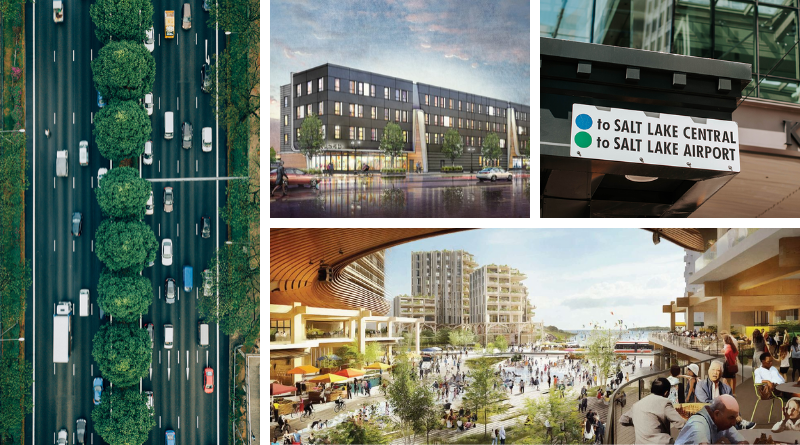 Why COVID-19 Tells Us to Embrace Transit-Oriented Development, Not Reject It
Mass INC, May 1, 2020
While the global pandemic has spurred debates on the risks and consequences of investing in urban densification, public transit, and active public spaces, an article from Mass INC argues that these elements are exactly what help cities be resilient and overcome disruptive events and emergencies. Transformative transit-oriented development can do a lot to ease crowding, reduce poverty, and decrease pollution in cities and may even be a key to unlocking economic and wealth-building opportunities that make resilient cities. The article also rounds up transportation- and housing-related news and milestones in COVID-19 responses all over America.

Six Months After Settlement with Hoboken, ‘Shipyards’ Developer Wins in NJ Supreme Court
Ron Zeitlinger, NJ.com, May 5, 2020
On Tuesday, an eight-year legal battle between developers Applied Development Company and the City of Hoboken ended with a settlement and land swap involving the waterfront property slated for the Monarch at Shipyards development and the city’s Department of Public Works site. This is expected to bring 4,000 sq. ft. of retail and 264,000 sq. ft. of transit-oriented rental development to the neighborhood, just half a mile from Hoboken NJ TRANSIT Terminal.

TEXAS—Dallas Housing Authority Adds to Affordable Housing with Purchase of Inwood Road Apartments
Steve Brown, Dallas News, May 6, 2020
A partnership between Dallas Housing Authority and developers Fairfield Residential converted 2018 project Inwood Station Apartments into a 347-unit affordable housing development. At least half of the apartment will be allocated for affordable housing, with price accessible to residents earning less than 50 percent of the area’s median income. The property sits across the street from DART’s Inwood commuter station, within Dallas’ booming medical district.

WASHINGTON, D.C.—Washington, DC, Just Made It Easier to Ride Transit, But Will Riders Return?
Gordon Chaffin, Next City, May 6, 2020
Nearly a month ago, the Council of Washington, D.C. passed the Transit Benefits Equity Act, a law that requires more employers to offer commuting benefits to their employees, providing equal incentives for all travel modes. Employers have the option of providing parking and transit benefits as a non-tax fringe benefit or a pre-tax deduction that employees can take from their pre-tax salary.

COLORADO—Transit-Oriented Development in Lakewood Goes Vertical
Mile High CRE, May 5, 2020
Traverse, a new transit-oriented development, is coming to Denver’s West Line Village near Sheridan Station. Construction broke ground in February and continues with the build-out of the lower levels of the garage. The five-story development will comprise 281 residential units and 362 parking spaces, and have access to the Lakewood Dry Gulch trail for pedestrian and cyclists. It is expected to open in early 2022.

CONNECTICUT—‘540 New Park’ Project Receives CHFA Federal Tax Credits, Groundbreaking Expected this Year
We-Ha.com, May 4, 2020
Connecticut Finance Housing Authority (CFHA) recently granted federal tax credits to 540 New Park, Trout Brook Realty Advisors’ proposed $20 million mixed-use, mixed-income residential development between the Flatbush and Elmwood CTfastrak stations. The 520-unit development will include market-rate and workforce housing, as well as commercial and retail establishments on the first floor of the building. West Hartford Mayor Shari Cantor says that the community is “committed to providing a variety of housing options for our residents” and that 540 New Park is a step towards more financially accessible housing for residents earning 60 percent or less of the area median income.

PENNSYLVANIA—City Center, Allentown Parking Authority Team Up on Reconfiguration of Bus Terminal, New Apartment Complex
Andrew Wagaman, The Morning Call, May 4, 2020
On Tuesday, the Allentown Planning Commission will review proposals from City Center Investment Corp. to build a 260-unit transit-oriented development on a property on the corner of Seventh and Linden Streets. The property sits on the same block as the Allentown Transportation Center, the primary hub for LANTA buses that sees approximately 3,000 transit riders daily. The apartment complex will have 9,000 sq. ft. of street-level retail space and minimal parking.

CONNECTICUT—Windsor Locks Eyes $45M Mixed-Use Development Around Planned Train Station
Greg Bordonaro, Hartford Business, May 4, 2020
Windsor Locks, Connecticut recently received $45 million in funding from the state Bond Commission for the construction of a new train station on Main Street and several other transportation improvement projects. The development of the 510-foot long boarding platform at the new Hartford Line railroad station in Windsor Locks is the centerpiece for transit-oriented development. Already, several residential properties and mixed-use developments are in progress in the heart of downtown. The town hopes to send out a call for proposals soon, though the construction timeline has yet to be determined.

CALIFORNIA—How Much You Drive Soon Will Dictate the Price of a New Home
Jim Jakobs, GV Wire, April 30, 2020
Starting July 1, 2020, new developments in places like San Joaquin Valley, California will be assessed a fee depending on how many vehicle miles traveled (VMT) it produces. Passed in 2013, Senate Bill 743 mandates that California communities step away from automobile-oriented metrics and embrace VMT as a threshold and metric for measuring transportation impacts.  The legislation was designed to reduce urban development sprawl and incentivize Californians to use alternative modes of transportation like public transit, biking, and walking.

CANADA—Alphabet’s Sidewalk Labs Scraps Its Ambitious Toronto Project
Aarian Marshall, Wired, May 7, 2020
This week, Google sister company, Sidewalk Labs, announced that it will no longer pursue its smart city development project on Toronto’s waterfront. In 2017, the city-within-a-city project promised sustainable buildings, underground freight networks, a sensor-assisted garbage sorting and disposal system, temperature-controlled sidewalks, and modular, affordable housing. The project has met with resistance and controversy over data privacy issues with its proposed digital identification and monitoring system. Sidewalk Labs CEO Dan Doctoroff pointed to COVID-related issues as the reason for the decision, stating that economic uncertainty resulting from the pandemic “has become too difficult to make the project financially viable without sacrificing core parts of the plan.”