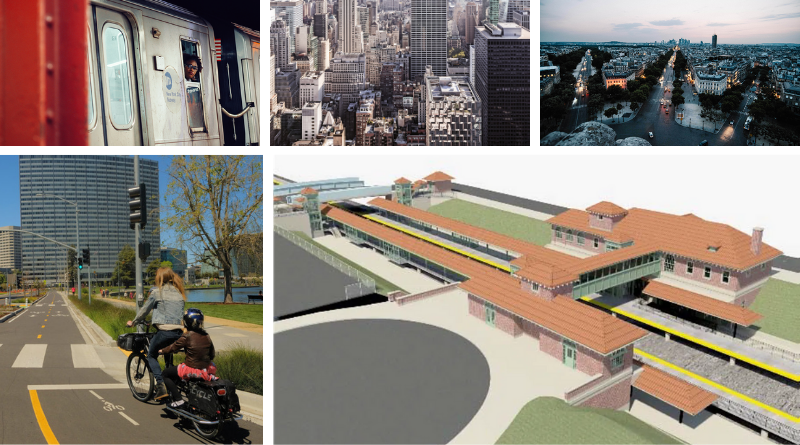 The New Jersey Economic Development Authority Board approved rules for the Aspire Program, which promotes mixed-use, transit-oriented development through tax credits that help to close financing gaps for commercial and residential projects. Credits are allocated based on a percentage of a project’s eligible costs, and capped based on available financing, location, and other factors. While eligibility areas vary, the program prioritizes proximity to a rail transit station or high frequency bus stop. Tax credits vary from up to $42 million for most eligible projects, up to $60 million when additional criteria are met, and up to $350 million for qualified “transformative projects.”

NY-NY-CT Governors Reach Agreement on Emergency Relief Funding
Mass Transit Staff Report, Mass Transit, November 12, 2021
The governors of New York, New Jersey, and Connecticut announced they had come to an agreement as to how to divide $14 billion in federal COVID-19 aid for public transit. Under the arrangement, New York will receive $10.85 billion, New Jersey, $2.66 billion, and Connecticut, $474 million. The funding recognizes the impact of the pandemic on the tristate area and provides resources in support of the nation’s largest subway, commuter rail and bus systems. 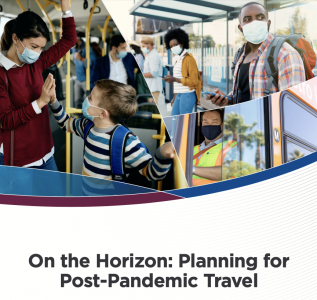 NJ Transit Ridership Climbing Toward Pre-COVID Levels as Federal Aid Questions Linger
Larry Higgs, NJ.com, November 10, 2021
NJ TRANSIT has announced that ridership on some of its bus routes is returning to pre-pandemic levels. According to NJ TRANSIT CEO Kevin Corbett, Saturday and Sunday bus ridership is approaching 75 and 80 percent, respectively. Concerned that the transportation provider had lost nearly $1 billion in expected funding, some of the agency’s board members expressed skepticism over the results of a funding agreement with New York and Connecticut. State Transportation Commissioner Diane Gutierrez-Scaccetti stated that, at the next board meeting, there would be a more detailed discussion that would assuage funding concerns.

PLAINFIELD—Plainfield Unveils $19 Million Housing Redevelopment on West Second Street
Mike Deak, My Central Jersey, November 3, 2021
Plainfield celebrated the grand opening of the Elmwood Square Apartments, a new affordable complex built to replace an inadequate one that was demolished in 2012. The project was funded in part with a nine percent tax credit from the New Jersey Housing and Mortgage Finance Agency (NJHMFA). Nearby, the 59 and 113 NJ TRANSIT bus routes provide service to Newark and New York.

Like Basic Income, But for Transportation
Laura Bliss, Bloomberg CityLab, November 11, 2021
Several cities across the country are testing “Universal Basic Mobility” concepts, in which residents are given prepaid passes or funding to use transit and other shared mobility services. For example, in California, Oakland will give up to 500 residents $300 for such a program, and Bakersfield is conducting a similar program for 100 young, vulnerable residents. Los Angeles and Pittsburgh are preparing to launch similar efforts. The ultimate goal is to study how providing a minimum, guaranteed level of transportation can change outcomes for citizens currently without access.

WASHINGTON—Rainier Beach at a Crossroads: Where is Light Rail’s Promised Housing and Economic Equity?
Alex Fryer, The Seattle Times, November 5, 2021
In 2009, Seattle’s first light rail line opened, connecting the downtown with SeaTac airport to the south. With the new line came redevelopment for nearly all neighborhoods, save one—Rainier Beach, located at the city’s southernmost station. Compared to the nearby Roosevelt neighborhood, Rainier Beach, is a more diverse and less wealthy district. While the City of Seattle continues to advance affordable housing efforts in the neighborhood, a local community advocate theorized that developers were waiting for a greater influx of affluent residents before investing in the area.

TEXAS—Dallas Wants to Develop Some of Those Empty Parking Lots Around DART Stations
Alex Macon, D Magazine, November 10, 2021
The Dallas City Council signed a Memorandum of Understanding (MOU) with Dallas Area Rapid Transit (DART), signaling intent to develop underutilized station-adjacent parking lots into Transit-Oriented Developments (TOD). While DART owns the land, the City will be facilitating agreements with developers. Over the last two decades, the transit agency has expanded rapidly throughout the Dallas-Fort Worth metro area, and proponents are hopeful that such land use development will help to support the light rail system.

UTAH—Builders Look to Add a New Large-Footprint Apartment Building on West North Temple
Taylor Anderson, Building Salt Lake, November 4, 2021
Defy Co Labs, a Salt Lake City-based real estate developer, has applied to construct a transit-oriented development on the site of a parking lot and manufacturing building. The project would result in 350 apartment units and 224 parking spaces, taking advantage of the City’s Mixed Use Employment Center Transit Station zoning for the parcel. Across from the proposed development is the 1940 West North Temple Station on the Utah Transit Authority’s TRAX Green line, offering service to the airport and much of Salt Lake City.

Gateway 79 is planned for a lot at State Street and 79th Street, Chicago. Source: Google maps

ILLINOIS—A South Side Church Will Bring ‘Long-Awaited’ Housing to Chatham Thanks to City Grant
Atavia Reed, Block Club Chicago, November 2, 2021
Having received one of Chicago’s Equitable Transit-Oriented Development Pilot Program grants, the Carter Temple CME Church in the Chatham neighborhood will proceed with the Gateway 79 project. The effort will convert five acres of church-owned vacant land adjacent to the 79th Street Red Line station into a mixed-use, affordable development. Anchored by retail space on its first floor, the project will include housing units for low- and moderate-income families, as well as senior citizens.

Cities and Climate Change: Why Low-Rise Buildings Are the Future – Not Skyscrapers
Ruth Saint and Francesco Pomponi, The Conversation, October 27, 2021
Researchers at Edinburgh Napier University assessed the whole-life cycle of carbon emissions of buildings and urban environments—looking at operational carbon (that generated while the building is in service) and “embodied” carbon (the carbon produced from extracting, manufacturing, and transporting the raw materials of buildings). They found high-density low-rise cities, such as Paris, to be significantly more environmentally friendly than if a fixed population moved to a high-density high-rise city such as New York.

HUNGARY—Zaha Hadid Architects Reveals Designs for a Mixed-Use Development in Budapest
Andreea Cutieru, November 12, 2021, ArchDaily
Zugló City Centre is a proposed mixed-use development in Budapest. The project has been designed to emphasize sustainable features, such as green roofs and rainwater collection. Volumetric design and green spaces are estimated to reduce heat in the complex by up to 6 degrees in the summer. Construction on the complex, located close to several tram lines, is expected to begin next year.

INDIA—Govt Sets Ground for Revised Transit-Oriented Policy in B’luru
The Times of India, November 11, 2021
The state government of Karnataka announced that it will now be implementing a TOD policy aimed at increasing public transport use in the Bengaluru Metropolitan Region. Currently, the share of public transportation users in Bengaluru is 48 percent. The new policy aims to shift this to 70 percent through investment in mass transit and planning neighborhoods around stations.

March 4, 2021 Stephanie DiPetrillo Comments Off on Promoting Transit-Oriented Developments by Addressing Barriers Related to Land Use, Zoning, and Value Capture