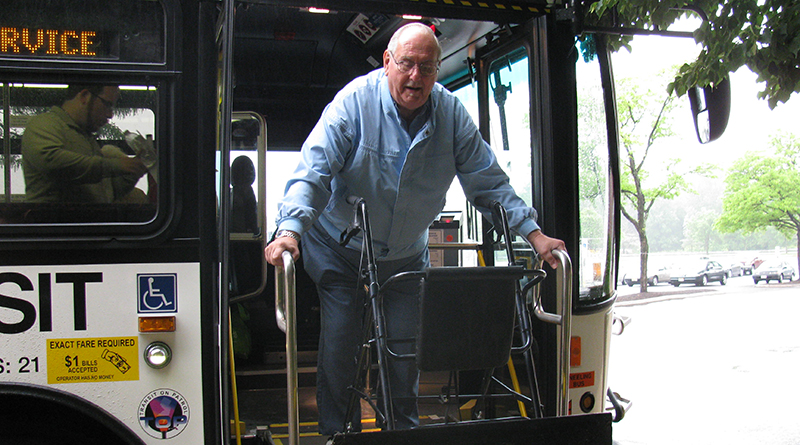 1. Establish a federal Office of Sustainable Housing and Communities at the Department of Housing and Urban Development (HUD) to administer and oversee the Livable Communities grant programs. Shelley Poticha, co-chair of Transportation for America, a national coalition committed to creating a new national transportation program, and president and CEO of Reconnecting America where she directs the Center for Transit-Oriented Development, is expected to head this office.

3. Create competitive planning grants, authorized at $400 million over four years, which towns and regions can use to create comprehensive, long-term plans that integrate transportation, housing, land use, and economic development.

4. Create sustainability challenge grants, authorized at $3.75 billion over three years, which towns and regions can use to implement these long-term plans through investments in public transportation, affordable housing, complete streets, transit-oriented development, and brownfield redevelopment.

The bill is unique in that it recognizes the intrinsic relationship between housing, transportation, land use, economic development, and the environment. It would provide some much-needed teeth to a federal inter-agency “sustainable communities” initiative (see box, below) which attempts to foster partnerships between the DOT, HUD and EPA to better coordinate federal transportation and housing investments so as to facilitate sustainable development.

The planning grants would help states and cities implement regional plans that integrate sustainable housing, transportation, and community development. The second, larger grant program, would help localities make their plans materialize. The grant programs would need to be funded separately through appropriations bills, but authorization of spending is an important first step. A House counterpart bill has yet to be introduced.

The program could also be a boon for dense and transit-rich New Jersey, where communities are always seeking additional funds to help them develop around transit hubs, create affordable housing in downtown areas, and improve bicycle and pedestrian infrastructure.
At an August hearing, Senator Dodd said: “As our communities grow, people are commuting longer distances on more crowded roadways. Those are precious hours they could be spending with their families, and precious dollars wasted on gas. We must change the way we plan for the future of our communities and tackle these challenges with a coordinated strategy.”

This Issue’s Focus: Parking in TOD

April 30, 2007 Steph_Admin Comments Off on This Issue’s Focus: Parking in TOD