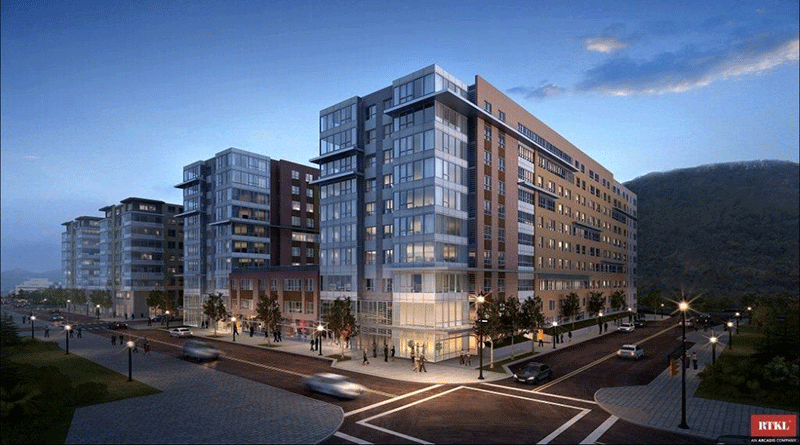 For planners, policymakers, environmentalists, smart growth enthusiasts and economists, the emergence of New Jersey’s “gold coast” at the end of the 20th Century was sweet music—a much hoped for urban revitalization movement that would change the landscape of the state. These lands along the Hudson River, contaminated by abandoned manufacturing, railroad and port operations, had been lying fallow directly opposite Manhattan for decades. Most of the 1980s and ‘90s, however, brought prosperity and increased housing demand, as well as new brownfields liability laws and technologies in land reclamation. This combination exploded the possibilities for development from Bayonne to the George Washington Bridge. Today, this stretch of the waterfront touts stunning new upscale rental and condominium complexes, adding needed ratables and middle class households to distressed old industrial municipalities.

One of the most dramatic of these sites is the 200-acre plus Port Imperial complex that straddles parts of Weehawken, West New York, and Guttenberg, paralleling the area between 33rd and 85th Streets in Manhattan. The impetus for this renaissance has been the arrival of considerable improvements in public transit—both light rail and ferry service—coupled with the possibilities made available through brownfield remediation. The extension of the Hudson Bergen Light Rail system started with weekend service to the new Port Imperial station in October 2005. By February 2006, the station was fully operational and other service improvements allowed passengers to travel the Jersey City waterfront without changing trains at Hoboken Terminal. In May 2006, the construction of the Port Imperial Intermodal Ferry Terminal was completed, providing a picturesque eight minute trip between Weehawken and midtown Manhattan, or 15 minute trip to Brookfield Place Terminal. The brownfield clean up required a Remedial Action Workplan, engineered by the firm of Paulus, Sokolowski and Sartor. This plan included capping of the site and the establishment of deed restrictions. Encapsulation includes building slabs, roadways and parking surfaces in developed areas, and an impervious cap in other areas. In landscaped areas, a filter fabric layer covered with 18 inches of clean fill was used.

Now along the Hudson are new residences that not only sport luxury amenities with striking views of Manhattan, but also offer easy access to employment and entertainment in New York City and northern New Jersey. The master plan for Port Imperial calls for nearly 6,000 new housing units, an Urban Center with 500,000 square feet of office space, a 300-room hotel and conference center and 45,000 square feet of retail stores and restaurants. The development of the property is split between Roseland Property Company and K. Hovnanian Companies whose project names conjure up visions of river life: Jacob’s Ferry and Bull’s Ferry, Vista Pointe at Imperial Walk, Riverbend, The Landings, Henley-on-Hudson and so on. Port Imperial rises from what was once derelict and contaminated rail yards. It provides world class living, working and leisure venues in a spectacular setting offered at a considerable discount from Manhattan prices.