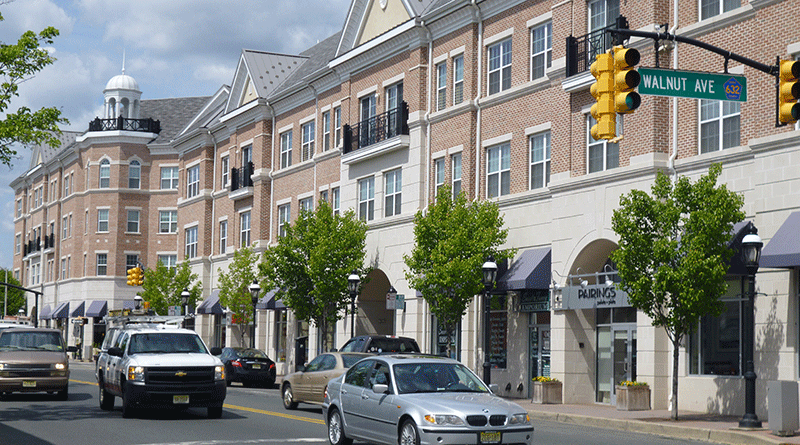 With the deep slump in New Jersey’s housing market, despite mortgage rates holding at 30-year lows, one bright spot remains—locations that are transit-rich. That was the analysis of Jeffrey Otteau, president of Otteau Valuation Group, Inc., a well-regarded real estate appraisal and research group, during a presentation at the 2007 NJ State League of Municipalities Conference.

According to Otteau, New Jersey is part of the national housing affordability crisis arising out of exaggerated home prices, spurred by low interest rates. Median home prices in the state have risen since the early 1970s from about $75,000 to nearly $400,000 in 2005. In 1999, a family earning the median income could more than afford to put down 20 percent and make their payments on a 30-year fixed rate loan, but that is not true today. Today, one out of every six residents spends more than half of their income on monthly housing expenses, and the average New Jersey resident suffers the second highest monthly housing costs in the nation.

The housing affordability gap between prices and personal resources has been aggravated by lagging personal income and the state’s loss of high paying jobs. Some indicators for the immediate future do not look promising, Otteau contended, such as a dimming employment picture, a poor business tax climate and accelerated outward migration of affluent residents.
Factors driving this jump in housing prices are numerous. One of them is that the urban housing market, particularly in Manhattan, has remained strong. Manhattan’s outsized housing prices, amounting to $1,100 per square foot, allows home sellers in the surrounding suburbs to exact premium prices from potential home buyers who are leaving Manhattan and considering New Jersey as a residential location. (This factor points to transit-rich locations, particularly those served by rail, holding, and likely remaining, as the strongest element in the state’s residential market.)

A second factor is the ever-decreasing availability of land in New Jersey. Land prices in the state are among the highest in the nation. The amount of land for home construction is constrained by state and federal environmental regulations, municipal development constraints and down-zoning, except for age-restricted units. A third factor is high construction costs. A fourth factor is above average costs, such as property taxes and insurance. NJ residents pay the highest per capita taxes in the United States. In addition, monthly housing costs in NJ are 53 percent higher than the national average.

Where the Housing Market is Growing

Affected by the strength of the Manhattan housing market, as well as a national trend showing distinct preferences among 20-somethings and baby boomers for live-work-play locations such as New Jersey, the one bright spot in this slumping sector is housing in transit-rich locations. While expensive suburban homes languish on the market, with 48 weeks of inventory, housing near locations with excellent rail connections to Manhattan is flourishing with less than a six-month supply of unsold homes. These markets include Glen Ridge and Montclair on the Montclair-Boonton Line; South Orange Village, Maplewood, Millburn, Summit and New Providence on the Morris & Essex Gladstone Branch; and Roselle Park, Cranford, Westfield and Fanwood, with stations on the Raritan Valley Line.

A reading of 100 means a family earning the state median family income (reported by the Census Bureau) can qualify for a mortgage on a typical median-priced existing single-family home, assuming a 20% down payment. An index above 100 signifies that a family earning the median income more than qualifies for a mortgage loan on a median-priced home. This index has been declining in New Jersey since 1999. In 2005, such a family could no longer afford to purchase a median priced home in the state.

Given the challenge of purchasing a home in the state, the housing market in New Jersey is becoming much more like that in Europe. The age of first time home buyers is rising as many postpone buying a home until their forties. Affordability has also constrained mobility—the average period of ownership is now 10 years and rising. To manage rising prices, 40-year mortgages are becoming more common and 50-year mortgages are on the horizon. The corollary of the home ownership market is the rental market. Rental demand is growing with an expanded and more affluent renter population as people with good salaries find that they still can’t get into the home ownership market. As a result, a luxury rental market is emerging in the state.

Housing built near rail offers a real solution to this squeeze. Higher density construction and smaller unit size helps to boost affordability. These locations primarily attract young professionals and aging baby boomers, households with few school-aged children. Smaller units, studios and one-bedroom apartments, are thus the most desirable. Living in a location with excellent transit allows residents to lower monthly costs by trading transportation costs for housing. This has been borne out in recent studies that have found that those living in transit-rich locations tend to own fewer vehicles and use their vehicles less. Mixed-use development near transit delivers lifestyles that consumers seek and spurs activity in our state’s downtowns.

Efforts to improve rail service reinforce this market. For example, the Trans-Hudson Express Tunnel (THE Tunnel) should serve to push the value of rail-served development higher at locations benefiting from improved service.