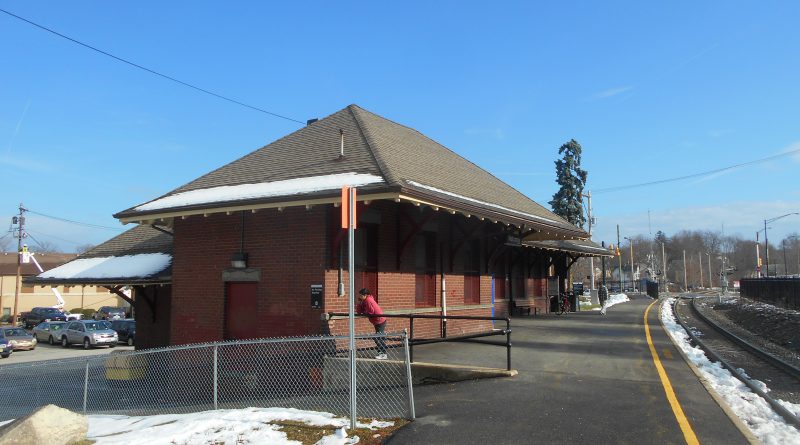 Transit-oriented development (TOD) projects often make major impacts on the overall character of a community due to their holistic, mixed-use nature. By triggering fundamental change in the residential, commercial, and civic character of a municipality, TOD projects affect a range of stakeholder groups, including existing residents, business owners, public officials and developers. In this context, it is vital to understand the needs and desires of these groups in order to build consensus among all involved parties.

NJ TRANSIT recognized the importance of consensus building early on, implementing the Transit-Friendly Communities for New Jersey Pilot Program in 1999. The team for this program consisted of a consortium of non-profit consultants, including the Regional Plan Association (RPA), Project for Public Spaces (PPS), New Jersey Future, and the Alan M. Voorhees Transportation Center of Rutgers University. The goal was to help competitively selected municipalities develop community-based visions for transit-friendly development. From 1999–2002, the program aided 11 municipalities in their visioning and consensus-building processes, including two designated Transit Villages: Matawan and Rutherford. The program has been recognized by Downtown New Jersey and the New Jersey Chapter of the APA for its successful efforts.

Also in 1999, NJ TRANSIT implemented the Transit-Friendly Planning Assistance program, which provides communities technical assistance to improve the transportation-land use connections in their station areas. “On-call” consultants are provided to municipalities to help them create transit-friendly vision plans to guide future development around existing or proposed transit facilities. The consultants help municipalities build local consensus behind the plans. Among the communities that have received technical assistance are South Orange, Riverside, Morristown, and Netcong.

The Netcong TOD project was a recent consensus-building effort assisted by the NJ TRANSIT program. RPA, a non-profit planning, urban design and advocacy organization, was engaged in June 2003 to help lead the community planning and design process. The first step was recognizing the borough’s main strengths: a traditional neighborhood development pattern organized around an existing transit station, an attractive Main Street, a supportive local government and residents, and a large amount of underutilized industrial land surrounding the station. Netcong also has a broad range of downtown commercial activity, including several cultural institutions and local restaurants which attract visitors. Finally, the commercial corridor is adjacent to Lake Musconetcong, which provides many recreational opportunities for residents and tourists alike.

Borough administrators and community leaders expressed their strong desire to accentuate these positive qualities and maintain the character of the borough, while taking advantage of the town’s underutilized potential. Throughout the planning and design efforts, Netcong conducted several community design workshops (facilitated by RPA) with local stakeholders to build consensus around a particular community-based redevelopment vision. At its core, this vision calls for the creation of a new neighborhood around the train station that is completely integrated with the existing Main Street corridor and the natural resources in the area. The visioning plan calls for a design approach that would minimally impact existing uses surrounding the station, while creating a new street and block network on the area occupied by vacant dirt lots and abandoned factories.

In Netcong, RPA applied its standard approach to consensus building. Rob Lane, RPA’s director of regional design programs, led the visioning process, bringing his experience in leading similar design workshops in the tri-state area, including Stamford, CT, Hastings-on-Hudson and East Harlem, NY, and Galloway Township and Somerville in New Jersey. The organization’s philosophy calls for broad-based inclusion of all members of the business and residential community who have a stake in the future development or redevelopment of an area.

In a recent interview, Lane described his approach to building consensus. One of the most important steps, he said, is to first determine the goals and objectives of the community, then work back to the site and see how these goals can materialize. Lane underscores the importance of transparency and openness in the planning process. Sharing all research, technical reports, market analyses and other studies with the community engages them in the process. He also noted the importance of providing information in several ways to stakeholders (e.g. photos, models, technical reports), because different individuals often communicate and comprehend facts and figures in very different ways.

To this end, Lane advocates the creation of several “tiers” of participation: decision-makers (mayors, council members); community leaders (business community, academics, neighborhood advocates); and the general public. The consensus building process is iterative, he noted, as stakeholders should clearly understand how various schemes or visions meet both community objectives and market demands. Finally, Lane emphasizes how the process is neither fast nor problem-free. Indeed, many consensus building efforts in which he has been involved have taken over a year to reach a conclusion.

The Netcong experience shows how consensus building can succeed—the borough recently designated Woodmont Properties to develop 201 residential units and 20,000 square feet of retail and office space, along with a community center and a central park, near the redesigned station plaza area.