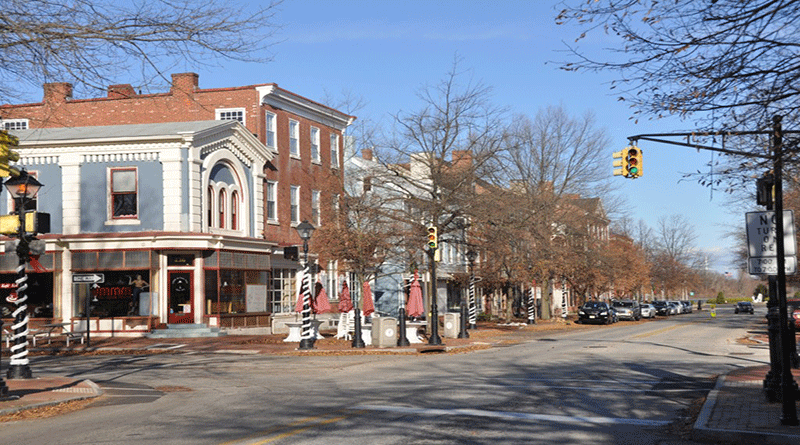 In March 2007, New Jersey named its 19th Transit Village, Burlington City. The Transit Village district encompasses the area in the half-mile circle around NJ TRANSIT’s RiverLINE Burlington Towne Centre Station. The River LINE connects the community to Trenton, (with transfer to the Northeast Corridor line or Amtrak) and Camden (with connection to Philadelphia on the PATCO line at the Walter Rand Transportation Center). The station has been open since March 2004. This Transit Village is the second named in Burlington County; Riverside was named in 2001.

With this designation, Burlington City received $100,000 in state funding and planning assistance to help the community redevelop properties near its downtown station. As a Transit Village, Burlington City will have direct access to the 11 state agencies that are represented on the Transit Village Task Force, as well as priority consideration in applications for state funding.

“Becoming a Transit Village offers us a great opportunity to obtain technical planning assistance and funding to assist the City in carrying out our plans to improve the area around our train station. We are quite thrilled to have been selected!” said Mayor Darlene Scocca.

This small town of nearly 10,000 residents is ready for growth. Scocca said there are several housing developments planned for Burlington City, which should bring hundreds of new residents to the downtown area. Having these projects in the works, Scocca noted, is one reason the city was successful in its bid to gain the designation.