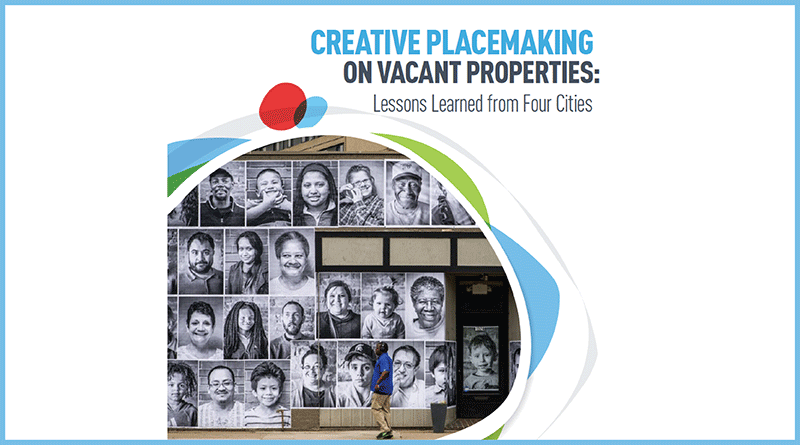 In 2018, the Center for Community Progress, a leading nonprofit resource for communities seeking to address the full cycle of property revitalization, produced “Creative Placemaking on Vacant Properties: Lessons Learned from Four Cities,” with Metris Arts Consulting, to show how creative placemaking can be used as a critical tool that supports equitable revitalization.

Metris defines creative placemaking as the process by which “…partners from public, private, non-profit and community sectors strategically shape the physical and social character of a neighborhood, town, city, or region around arts and cultural activities. It animates public and private spaces, rejuvenates structures and streetscapes, improves local business viability and public safety, and brings diverse people together to celebrate, inspire, and be inspired.”

The report offers guidance and case studies on creative placemaking work from the past two years from four communities: Kalamazoo, Michigan; Wilkinsburg, Pennsylvania; Newburgh, New York; and Macon, Georgia. The locations represent diverse geographies and different funding contexts, and yet share the significant involvement of local leadership and multiple stakeholders in revitalization efforts.  Here is a brief look at these locations: 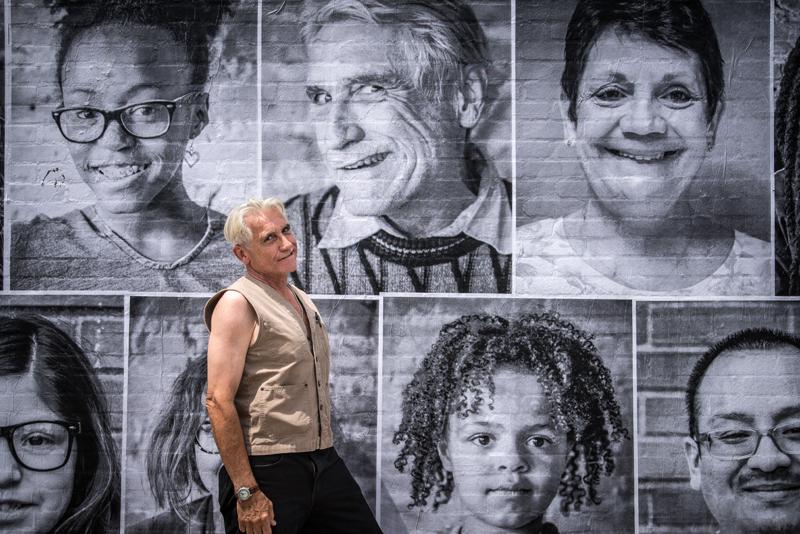 A city of 75,000, Kalamazoo lies between Chicago and Detroit. Like many cities, Kalamazoo was hit hard by the 2007 recession, and experienced many foreclosures and vacancies. In 2013, the Local Initiative Support Corporation (LISC), a local land bank, acquired vacant properties and used an existing asset, monthly Art Hops (a free evening of art exhibits and events held the first Friday of every month), to temporarily activate vacant spaces in the central business corridor of Washington Square. This move attracted arts-based businesses, including a guitar shop and belly dance studio, to locate there. The land bank even hosted a contest in which local food businesses competed to win occupancy of a built-out storefront and receive reduced rent for three years along with other business support.

One of the most visible changes is the “We Are Edison” installation, which features portraits of more than 100 neighborhood residents. This powerful community mural engages and unites the area’s diverse population, while strengthening relationships between the land bank and project partners such as El Concilio, a community based organization.

Wilkinsburg, which is a borough of fewer than 16,000 that borders Pittsburgh to the east, has a mostly African American population that currently stands at about half of its 1950 peak. Despite having assets like an historic train station (currently under renovation) and a thriving arts district, nearly one in five properties here has a vacancy, and there is 40% vacancy in the business district. To address vacant properties, a group of Carnegie Mellon University students organized what they are calling their “Vacant Home Tour.” The tour highlights vacant homes for borough residents and visitors through signboards and stories describing previous owners, what the homes used to look like, and structures that used to stand nearby.  For the second year of the tour, the Wilkinsburg Community Development Corporation provided tours of completed property rehabilitations, as well as a workshop, to help residents learn of resources that could help them improve their homes.  The tour has inspired local residents to learn about resources to acquire or fix up vacant properties. 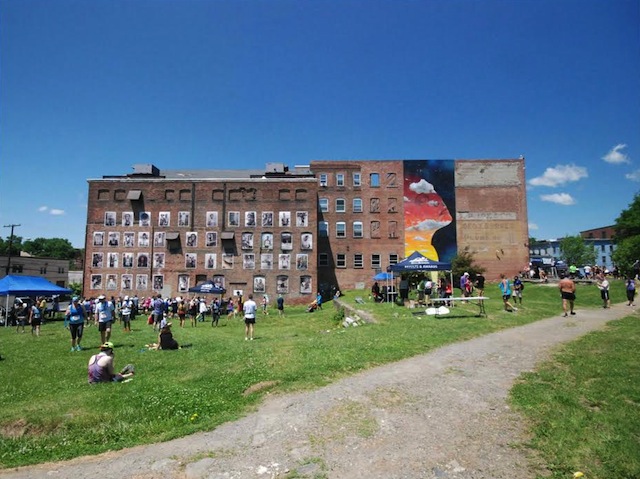 Sixty miles north of New York City, Newburgh has 30,000 people (mostly people of color and Latinos). The community was hard hit by the 2007 recession. Vacant properties hit a high of 780 in 2016 but have since decreased to 655. The Newburgh Community Land Bank has been active in acquiring and revitalizing vacant properties and has engaged artists through its Artist in Vacancy program to bring visual and performance installations to these properties. The nonprofit Safe Harbors of the Hudson has used both temporary and permanent placemaking on vacant properties. The nonprofit was able to purchase and successfully transform a vacant lot into a park with the help of the City’s planning department, a landscape architect, and many volunteers. They hope the park can function as the entrance to a restored theater, a focus of fundraising for the last 12 years. One of their biggest events is “Zip Zap Circus,” a circus for social change that works with disenfranchised youth. Safe Harbors of the Hudson has engaged the Latino community in park programming, specifically by soliciting their leadership in organizing salsa nights. 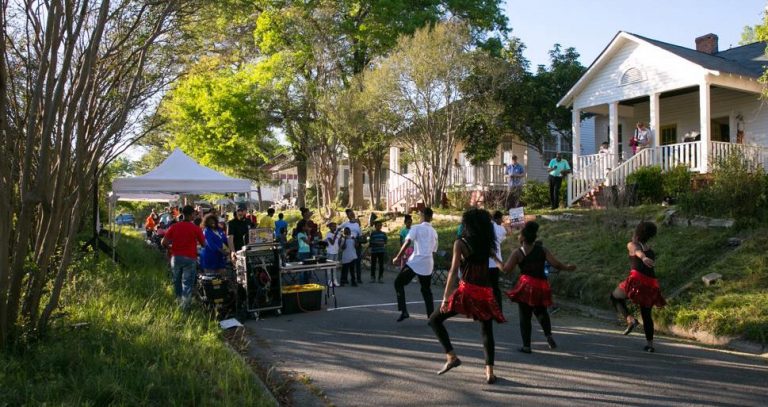 With a population near 90,000, Macon is about half African American and half white. After a local mill closed in 2015 and a highway created a separation between East Macon’s Mill Hill neighborhood and downtown, residents started leaving the city. More than 50% of homes now sit vacant. The Macon Bibb Urban Development Authority acquired many of these homes. Multiple organizations such as Macon Arts Alliance (MAA), Historic Macon, and others engaged in a community-planning process to establish an artist’s village in Mill Hill. The revitalization effort included rehabilitating vacant homes into live/work spaces for artists; a Community Arts Center was also completed this year. The MAA has now charged the center with programming the space and runs one free event per month. It has also discussed establishing a potential “Pink Zone,” a district with simplified zoning and building codes, i.e., where red tape is so light it appears pink. This proposed overlay district would allow residents to engage in retail activities and light manufacturing at home.

Through a series of learning exchanges, the Center for Community Progress heard common themes, challenges, and lessons from these communities’ experiences as they engaged in creative placemaking on vacant properties. Key takeaways focused on the importance of partnerships, ways to generate momentum, engagement of residents and other stakeholders, overcoming regulatory barriers, and creative means of funding projects.