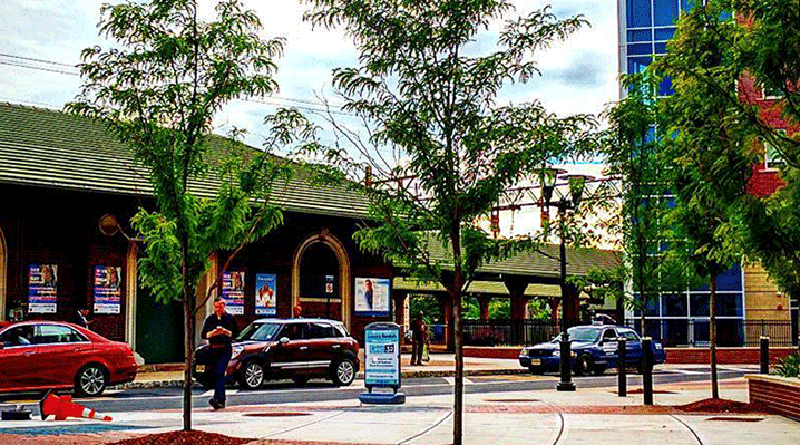 This year’s awardees are Pleasantville, Asbury Park, Orange, and Somerville. The grants, totaling $1 million, will be administered through the Transit Village Initiative, a multi-agency Smart Growth partnership, including NJDOT, NJ TRANSIT and seven other state agencies. The partnership creates incentives for municipalities to redevelop or revitalize areas around transit stations.

The City of Pleasantville in Atlantic County will receive $400,000, the largest award, for planned  streetscape improvements along South Main Street from Ansley Boulevard to Bayview Avenue. The City will use the funding to replace sidewalks; install LED lighting, brick crosswalks, ramps and bike racks; and install signage at the Pleasantville Bus Terminal, the facility at the core of the Transit Village.

The City of Asbury Park in Monmouth County will receive $325,000 to add wayfinding signage to areas around its train station, along Main Street, Memorial Drive, and Springwood Avenue. The City will host a series of public engagement working sessions to design branded signage for use throughout the city.

The City of Orange in Essex County will receive $195,000 to aid in the rehabilitation and renovation of the historic NJ TRANSIT Shelter House at Orange Station, located adjacent to Tony Galento Plaza. The project requires full environmental and structural investigation, asbestos and lead paint abatement, and several site improvements.

The Borough of Somerville in Somerset County will receive $80,000 to build signal and pedestrian improvements along Veterans Memorial Drive between Hamilton Street and the Somerville Train Station.

What About Our Schools?

July 25, 2008 Steph_Admin Comments Off on What About Our Schools?

Communicating the Benefits of Transit-Oriented Development

November 27, 2006 Steph_Admin Comments Off on Communicating the Benefits of Transit-Oriented Development