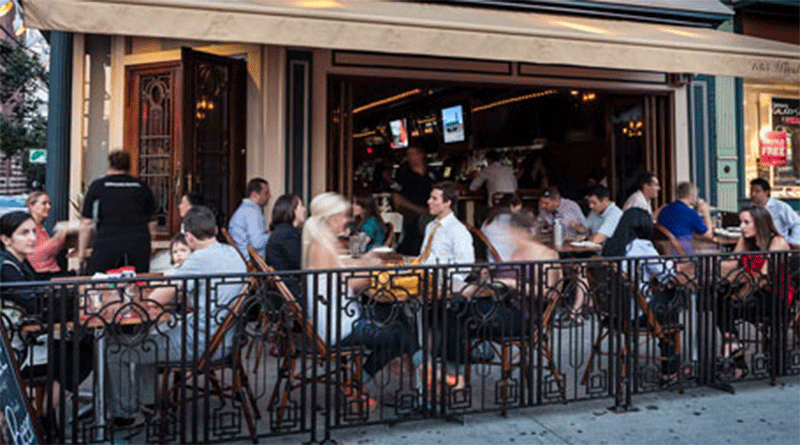 As political debates surrounding the future of America’s health care system persist, both the general public and the experts seem drawn toward even larger questions regarding health: what it is and how to achieve it.

One outcome of this debate is “health in all policies”, a phrase that increasingly permeates a wide range of professions and dominated the discussions during the Planning Healthy, Sustainable Communities symposium, held April 2012 in New Brunswick, New Jersey. Hosted by the Edward J. Bloustein School of Planning and Public Policy at Rutgers University, the purpose of the symposium was to make an explicit connection between health and the built environment.

“It’s all about where we live, what our workplace policies are; what these policies are in respect to zoning, land use, and transportation,” Janet Heroux, a physical activity specialist of the New Jersey Nutrition, Physical Activity, and Obesity Program, explained during an interview prior to the symposium. “That link, health in every policy, people don’t always get what ‘health’ is. They think of health and they think of immunizations or medicine. But our health care system has almost nothing to do with keeping people healthy and preventing disease.”

According to Caroline Fichtenberg, the director of the Center for Public Health Policy at the American Public Health Association, the US spent $2.57 trillion on health services in 2010. Of that, only 3 percent was spent on public health and prevention. During her presentation at the symposium, Fichtenberg discussed what factors contribute to our health. While 10 percent can be attributed to health care, 40 percent comes from behavioral patterns and 15 percent comes from social circumstances. Instead of fixating on treatment, Fichtenberg would like to see more investment in the underlying social determinants of health, such as income, employment, and education. Hence, the concept of health in all policies becomes a framework for rethinking decisions that affect the opportunities, the environments, and the behaviors of individuals and communities.

Recognizing that health must be part of the broader social framework, many initiatives have started that bring health and the built environment together. Others, however, have been in place for a number of years. Since the 1990s, the New Jersey-based Robert Wood Johnson Foundation (RWFJ) New Jersey Health Initiatives grant-making program has funded projects that approach health comprehensively. “We were talking about walkable, bikable communities back in 1998 [when] the Foundation started an active living portfolio,” Heroux said. “It was a deliberate attempt to bring together the built environment and transportation. True primary health prevention has everything to do with this.”

The idea of the built environment as a major contributor to individual and community health has gained momentum throughout New Jersey. One example is RPM Development Group’s proposed Galento Plaza Transit Village in the City of Orange. In 2010, RPM responded to a Request For Proposals (RFP) put out by the municipality. Assistant vice president of RPM, Joe Portelli, explained that in the RFP, Orange was “explicitly looking for a green building and pedestrian-friendly project with a mix of uses that would include multi-modes of transportation.”

The site, which is located at Tony Galento Plaza and 23 South Essex Avenue, directly across from the westbound NJ TRANSIT Orange rail station on the Morris and Essex line, includes 112 units of mixed income rental housing, 30 market rate ownership opportunities, and 6,000 square feet of commercial space that will serve the health and wellness needs of the community. The City of Orange anticipates two distinct phases for the project. Phase one will be the construction of the residential and retail space Portelli described and which is the City of Orange’s first large-scale market rate project in many decades. The second phase will consist of the construction of another 80 units of residential housing (including low and moderate income) and 10,000 square feet of retail space.

Although addressing the health of the community wasn’t explicitly written in the RFP, Portelli and his team immediately made the connection by including a health and wellness center in the plan. “The only hospital in town closed in 2004,” Portelli said. “As a result, people have to go to the suburbs or Newark for treatment.” The Galento Plaza Transit Village incorporates community health into planning directly through the provision of space for a health and wellness center and indirectly through urban designs that encourage pedestrian circulation, biking, and an overall multimodal environment.

“The anchor we expect to be is a health and wellness provider, which is more integrative medicine than direct treatment,” said Portelli. The health center will increase access to healthcare for low-income residents by offering services such as blood pressure, vision screening, and nutritional assessment as well as alternative therapies like acupuncture, yoga, and classes that range from exercise to maternity and geriatric care.

Portelli describes the approach as holistic. “We came up with the idea in collaboration with the City of Orange. There is a need for it in Orange and there is a demand for it.”

The location of the TOD, adjacent to the train station and with direct access to midtown Manhattan and Hoboken, is an important component of its community’s health strategy. According to a City-released statement, by introducing mixed-use developments that blend affordable housing with retail and public space, the City is likely to achieve “a walkable environment that encouraged pedestrian activity.”

Health in all policies is a framework that encourages all sectors to rethink what health is. Once Orange identified a need for a health component within the Galento Plaza Transit Village Project, the City invited Newark Beth Israel Medical Center to be a part of the discussion. By instigating such cross-sector dialogue, the City is more likely to create a physical environment that facilitates community-wide healthy behavior.

As Heroux explained, “If we are addressing human behavior, that’s done at the community level. What we focus on is not individuals’ behavior but organizational policy and the social and built environment, so that people can behave more healthily.” Although Heroux’s comment was in response to her work on obesity prevention, it speaks equally to Caroline Fitchenberg’s desire for greater investment in the social determinants of health as well as the City of Orange’s desire to “make a big difference for those who live and work here.”

Creating healthy, walkable communities well served by transit is a consequence of TOD – as it has been happening in places like Jersey City, New Brunswick, Rahway, Morristown, and many other places. As Debra Tantleff, developer of The Highlands at Morristown Station said, “Residents really have two reasons why they live in a TOD. First is a convenient commute. Second is access to an all-encompassing location where they can walk to dinner, entertainment, and social events. TOD allows you to come and go as you please, without having to depend on a car. Walking is just part of your everyday activities. What’s more healthy than that?”