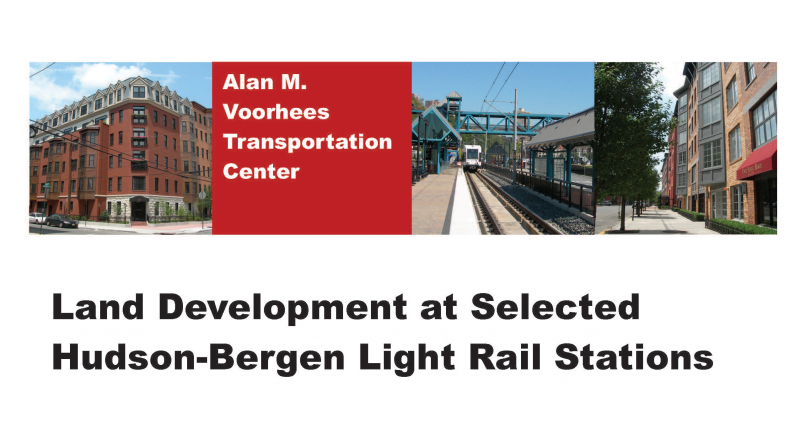 In June 2006, Robins and Wells published their first study examining the booming land development market spurred by the opening of NJ TRANSIT’s Hudson-Bergen Light Rail (HBLR), the 20.6-mile, 23-station transit route connecting six communities along the western edge of the Hudson River. In that study they documented development at a cluster of stations in Jersey City and one on Hoboken’s west side. This new study revisits two of the previously examined stations, the Essex Street-Jersey Avenue station cluster in Jersey City and Hoboken’s 9th Street station. In addition, the researchers expanded their investigation to document housing built or under construction near Bayonne’s 34th Street station, the Port Imperial station in Weehawken and the Bergenline Avenue station in Union City.

The study found more than 10,000 new housing units with a value of $5 billion were either completed or under construction since HBLR began operating in 2000. Even given the 2007-2008 housing bust, New Jersey’s “Gold Coast” continues to attract substantial interest from the development community and homebuyers.

August 10, 2020 Stephanie DiPetrillo Comments Off on The Week in TOD News August 1-7, 2020
Announcements