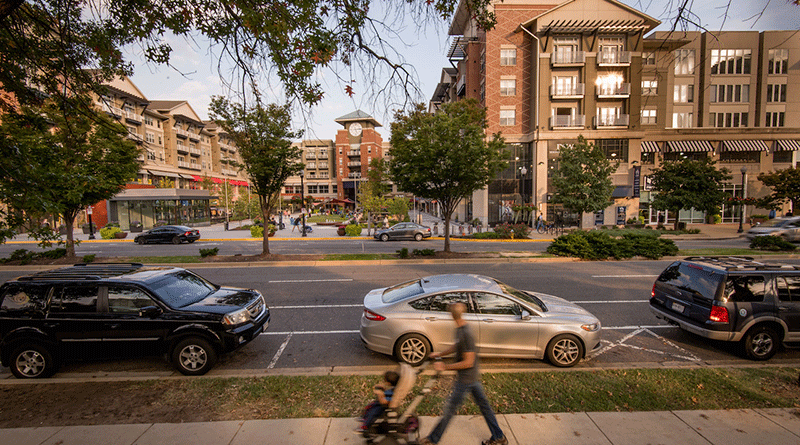 Opinion: On high taxes, dying malls and millennials leaving Jersey
By Carl Goldberg, Special to The Record, June 1, 2018
Carl Goldberg, co-chair for the Center for Real Estate at Rutgers University and a managing member of Canoe Brook Investors, outlines steps to advance redevelopment of existing assets. 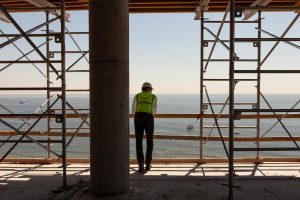 A Bet That Luxury Can Be a Part of Asbury Park’s Comeback Story
By Nick Corasaniti, The New York Times, June 1, 2018
An examination of the recent spate of building in the famed Jersey Shore town.

Former Orange hat factory transformed into mixed-use
By Elana Knopp, NJBIZ, June 6, 2018
In the City of Orange, Housing and Neighborhood Development Services (HANDS) recently completed the revitalization of Hat City Lofts, the adaptive reuse of the long-vacant Berg Hat Factory complex into a mixed use property. The property is in the Valley Arts District and is part of HANDS’ efforts to provide affordable housing to low and moderate-income families and space for small businesses. 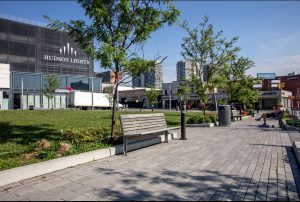 West Windsor Moves Forward with Transit Village Plan
By Anne Levin, Town Topics, June 6, 2018
Last month West Windsor Township reached a settlement agreement with AvalonBay Properties for a 25-acre site next to the Princeton Junction Station after nearly a decade since the adoption of its redevelopment plan

New Parks Sprout Around New York
By C.J. Hughes, The New York Times, June 8, 2018
Frequently mandated by zoning laws, developers are incorporating parks into the design of new building. These private-public hybrids provide open spaces that can be used freely by the public. Shown: A small park at Hudson Lights, a rental in Fort Lee, N.J., sits at the corner of Main and Hudson Streets.

“Unbundling” parking costs is a top way to promote transportation options
By Paul Mackie, Mobility Lab, May 31, 2018
Separating the cost to rent a parking space from housing costs may be one of the most effective ways for developers and property managers to support more sustainable transportation, according to Mobility Lab’s latest study on transportation demand management (TDM) programs in Arlington County, Virginia.

When Public Transportation Leads to Gentrification
By Jeff Turrentine, OnEarth/NRDC, June 1, 2018
Why transit-oriented development projects need to include affordable housing amid all those luxury condos and cafés.

M.T.A. Plan to Upgrade Subways Is Ambitious. But Is It Even Possible?
By Emma G. Fitzsimmons, The New York Times, June 11, 2018
Proposed plans to update signals on the New York City subway include an ambitious five-year timeline that addresses five lines concurrently. The plan will need state backing as well as service stoppages on nights and weekends. 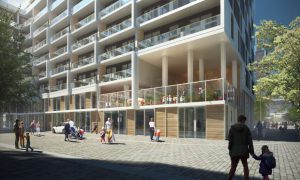 Toronto’s new wave of development looks for community, not just condos
By Patrick Sisson, Curbed, June 12, 2018
Growth in Canada’s largest city has brought challenges, like building out the city’s transportation infrastructure and coping with skyrocketing housing costs. Many see the solution to urban expansion is to scale down, and focus on community- and transit-oriented development. 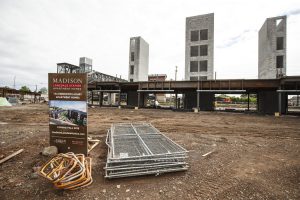 Lansdale exists because of the railroad. Now those tracks may be key to its future
By Jason Laughlin, The [Philadelphia] Inquirer, June 18, 2018
Lansdale, a Montgomery County borough of about 16,000, exists because of the railroad. When North Penn Railroad laid its tracks from the city to the Lehigh Valley, Doylestown insisted on a spur. In 1856 that junction opened in 1856 in what today is Lansdale. In the last decade, Lansdale has completed five transit-oriented developments near the station.

On Common Ground: Fair Housing and Social Equity
This issue of the quarterly publication of REALTORS focuses on several TOD-related topics including Redevelopment without Displacement and Universal Design & Inclusive Mobility. 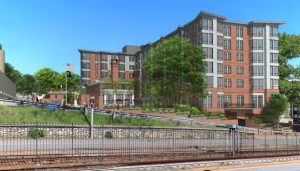 Ground Broken for 102-Unit Veterans Affordable Housing Project in Boston
By Boston Real Estate Times, June 18, 2018
The Residences at Brighton Marine will be a first-in-the-nation $46 million transit-oriented development geared toward veteran populations, offering 102 units of housing and on-site supportive services. Owned by Brighton Marine, a veteran network community, and WinnCompanies, one of the nation’s largest military housing managers, the project will be located on Brighton Marine’s campus on Commonwealth Avenue and will meet the needs of qualifying veterans and their families who cannot afford to live and work in Boston. 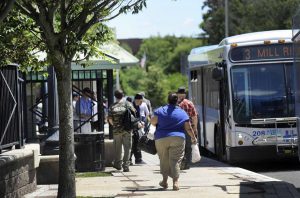 Downtown Danbury to get facelift
By Zach Murdock, NewsTimes, June 26, 2018
A plan to rebuild Danbury will start this year with $2 million in state funds for new crosswalks, street lamps, murals, trees and reconstructed sidewalks throughout the downtown core from the HARTransit transfer hub to the Metro-North train station and down Main Street. The work is phase one of the city’s new transit-oriented development plan, released this spring, that envisions a new $30 million Danbury Transit Center.