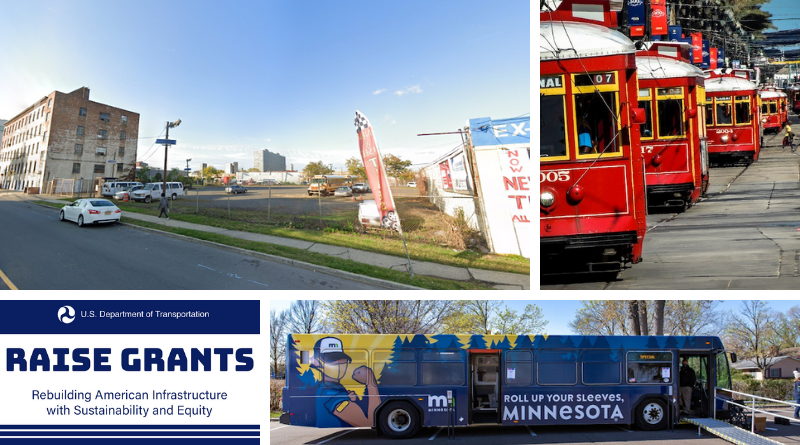 U.S. Department of Transportation (USDOT) Secretary Pete Buttigieg has appointed Dr. Robert C. Hampshire as the agency’s first Chief Science Officer in over 70 years. Dr. Hampshire said he looked forward to ensuring “our future transportation system is sustainable. It is important that USDOT incorporate scientific research to advance climate change initiatives that are fair and equitable to all.” USDOT will also reestablish its Center for Climate Change and Environmental Forecasting. This change comes as USDOT has announced a new competitive grant for TOD planning, prioritizing projects that improve air quality.

MINNESOTA—Repurposed Metro Transit Buses Will Become ‘Mobile Vaccination Units’
Bring Me The News, April 22, 2021
Minnesota Governor Tim Walz announced an initiative to repurpose Metro Transit buses into mobile vaccination units to bring vaccines to underserved communities. Each bus has the capacity to vaccinate 150 people per day and will be staffed with volunteers from Blue Cross and Blue Shield of Minnesota. As the vaccine supply increases, and appointments at major vaccine centers remain open, the State is hoping this innovative method will help underserved populations often lacking transportation to get vaccinated.

NEW YORK—Comptroller: Debt Could Leave MTA Capital Plan Nearly $3B Short, Impact Planned NYC Transit Improvements
Eric Bascome, Staten Island Advance, April 22, 2021
Thomas DiNapoli, the New York State Comptroller, recently said that the MTA did not have the funds necessary to complete its $54.8 billion capital plan to bring the system into a state of good repair. The MTA borrowed $2.9 billion to cover operating costs due to the pandemic, leading to the funding gap. DiNapoli suggested that the agency would have to find new sources of revenue, or experience a large increase in ridership, to be able to fund commuter rail and transit capital projects, which include signal modernization, new tracks and cars, accessibility improvements, and the second phase of the Second Avenue Subway.

We track global COVID data closely, and we know that 3x daily bus sterilization is “COVID theater.” Yet it’s important to our frontline staff who are traumatized showing up every day thru a pandemic. Both perception and health science matter, like with “safe” streets https://t.co/5umPE78Sqh

CALIFORNIA—COVID Drove Away BART and Caltrain Riders. Will Unnecessary ‘Deep Cleaning’ Bring Them Back?
Nico Savidge, The Mercury News, April 16, 2021
Despite amended CDC guidelines that state that the risk of catching COVID-19 from surfaces is extremely low, transit agencies, such as BART, continue to frequently disinfect their stations and rolling stock. What some critics are calling “hygiene theater” seems to be an expensive tactic to convince wary passengers that it is safe enough to return to transit. But these efforts come at a cost. For San Francisco’s Muni, the cost of cleaning is currently preventing the authority from expanding bus and light rail service. One former VTA Santa Clara Valley Transportation Authority commuter said that it was not concern about dirty surfaces, but the lack of space for social distancing that made her worry about taking the train to work.

RARITAN—More Use of Waterfront Part of Plan From Raritan Sustainable Economic Development Plan
Erin McGuiness, Tapinto.net, April 22, 2021
The Raritan Sustainable Economic Development Committee has prepared a Vision Plan to revitalize its downtown, investing in creating connectivity with the riverfront to draw in visitors, and encouraging small multifamily development to promote economic diversity. The plan also calls for Raritan to apply for a Transit Village designation in the area around the NJ TRANSIT station. 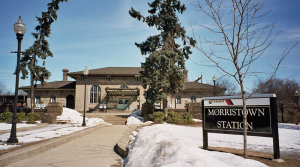 MORRISTOWN—New Project Might Come Near Morristown’s Headquarters Plaza
Jared Kofsky, Jersey Digs, April 22, 2021
Developer Scotto Holdings has petitioned the Morristown Planning Board to approve a three-story residential project with 15 housing units on a currently vacant parking lot a half-mile walk from the Morristown NJ TRANSIT Station. Morristown has experienced growth in multifamily and mixed-use development over the last two decades.

LONG BRANCH—Pedestrian Bridge Proposed at Long Branch Railroad Station with an Intermodal Transit Facility
The Link News, April 20, 2021
Long Branch Mayor John Pallone announced plans to upgrade the city’s NJ TRANSIT station. The goal is to transform it into an intermodal transportation center, facilitating easier connections to buses and potentially to trolleys in the future. The electrification of the North Jersey Coast Line in Long Branch divided the business district and cut off the area west of the station. This project, which includes a pedestrian bridge, would help to improve access  to the Long Branch Transit Village area.

NEWARK—212-Unit Development Could Come to Newark’s Sussex Avenue, Receive Tax Abatement
Jared Kofsky, Jersey Digs, April 20, 2021
The Newark Municipal Council is considering a proposal from developer Thomas-Carter Village Urban Renewal to build a mixed-use apartment building in the city’s University Heights neighborhood. The project would result in 212 housing units, of which 16 would be designated as affordable. The Council is also considering a 25-year payment in lieu of taxes (PILOT) tax abatement for the site. The property is within a half-mile walk of NJ TRANSIT service from Newark Broad Street Station, as well as Newark Light Rail’s Norfolk Street Station.

Why The Next Step for Antiracism is Transportation
Mouchka Heller, World Economic Forum, April 22, 2021
According to the World Economic Forum (WEF), transportation is a river of inequity that has been overlooked in the current conversation. The lack of a car and inadequate public transportation have many health and wellness consequences, and new micro-mobility innovations are often out of reach, as they require smartphones with cellular service to be accessed. To better understand the connections between mobility, equity and economic development, and to make informed public policy decisions, the WEF and the Boston Consulting Group are currently working on a model to visualize these changes.

Envisioning a Federal Program to Increase Transit Service
TransitCenter, April 19, 2021
What if the federal government were to give U.S. transit agencies $20 billion annually to support operating costs? Typically, federal grants cover capital projects, like system expansions or renovations, but TransitCenter looked at how sustained federal investment in service could expand access and equity. Service in smaller regions would receive the largest proportional gains, though bigger regions would benefit from expanded service hours. According to the modeled results, riders across the country would see an average 40 percent boost in transit service. 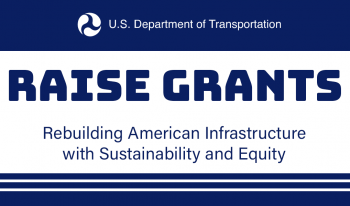 USDOT Grant Program Will Prioritize ‘Sustainability’ and ‘Equity’
Kea Wilson, Streetsblog, April 14, 2021
The USDOT announced the rebranding of its discretionary funding program, now known as Rebuilding America’s Infrastructure with Sustainability and Equity or RAISE. During the Trump era, the program went by the moniker BUILD (Better Utilizing Investments to Leverage Development) and primarily funded highway infrastructure. Despite the new name, concerns remain that funding will go disproportionately to rural communities, and could continue to be used for projects such as highway-widening “congestion-relief,” rather than equitable urban transit.

LOUISIANA—New Orleans City Leaders Want More ‘Transit-oriented’ Neighborhoods; Here’s What that Means
Jessica Williams, nola.com, April 21, 2021
New Orleans Regional Transit Authority (RTA) officials are using a bus route revamp to rethink land use along transit corridors. The intention is to better cluster housing (along with other amenities) next to high-frequency transit stops, connecting residents to employment centers. In the past, historic preservation rules and concerned neighborhood groups have stymied attempts at rule changes and redevelopment.

CONNECTICUT—West Hartford May Look to Attract Higher-Density Housing to Elmwood, Flatbush Avenue Stations Along CTfastrak
Don Stacom, Hartford Courante, April 21, 2021
The Town of West Hartford is considering revisions to its zoning that would incentivize transit-oriented development within a five-minute walk of two CTfastrak Bus Rapid Transit (BRT) stations. Because West Hartford lacks undeveloped land (unlike other nearby suburbs), it is looking for ways to strategically redevelop. In order to make a rezoning decision, the town is currently surveying residents.

ILLINOIS—West Loop Housing Boom Set To Expand North As City Committee OKs Lifting Ban In Long Off-Limits Fulton Market Stretch
Justin Laurence, Block Club Chicago, April 20, 2021
Chicago’s Committee on Zoning reversed a ban on residential development in the Fulton Market area of the West Loop, which would allow a wave of nearby growth to continue into the formerly industrial neighborhood. The Fulton Market Innovation District plan will guide the process, mandating that developers set aside 30 percent of built units as affordable housing. This ruling follows the approval of several lots for redevelopment, including a 19-story condo tower and a 12-story apartment building, in the Near West Side area.

NORTH CAROLINA—Raleigh Buys Land for Affordable Housing along Future, Bus Rapid Transit Line
Anna Johnson, The News & Observer, April 16, 2021
The City of Raleigh recently purchased a tract of land, currently the site of 24 duplex units, in order to build new affordable housing along a future BRT corridor. After helping to transition current residents to new housing, the City will rezone and redevelop the property as higher-capacity development for cost-burdened households.

SRI LANKA—Sri Lanka: Kandy to Redevelop Major Transit Terminal to Support Road Safety, Tourism, COVID Recovery
April 22, 2021
The World Bank will loan the Sri Lankan government $69.33 million for the Kandy Multimodal Transport Terminal Development Project, which will modernize the terminal and create more direct connections to other transit modes. Additionally, the expansion of the terminal will address concerns raised by the COVID-19 pandemic; more space will reduce crowding and the potential for virus transmission.

INDIA—Redevelopment of railway stations will change the landscape of Indian cities: Housing Secretary
Faizan Haidar, The Economic Times, April 20, 2021
The Indian Railways Stations Development Corporation (IRSDC) has created a standardized set of guidelines to aid station-area redevelopment in the country. The goal is to develop a set of standards for TOD around stations that reduces costs and encourages a mix of uses. The new guidelines are currently being tested at seven train stations across the country.

July 21, 2007 Steph_Admin Comments Off on DVRPC Plans for Philadelphia TOD