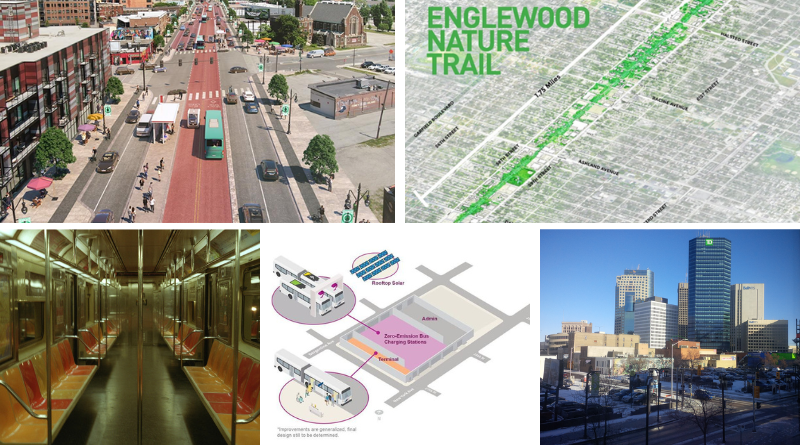 NEW YORK—The Pandemic Wasn’t Supposed to Hurt New York Transit This Much
Ana Ley, the New York Times, August 15, 2022
As ridership continues to lag for New York City’s transit systems, the ongoing legacy of the pandemic presents a threat to the Metropolitan Transportation Authority’s (MTA) budget. The MTA predicts that by 2025, it will face a $2.5 billion deficit after exhausting pandemic-era assistance from the federal government. The crisis is not unique to New York City, and leaders across the country look back on austerity measures during the Great Recession–such as reduced service–as what may await transit riders if other solutions cannot be found.

Farebox Shortfalls Soon to Create ‘Sizable’ Transit Budget Gaps
Daniel Vock, Route Fifty, August 11, 2022
The popularity of telework continues to stifle the rate at which riders are opting to return to transit as well as whether they choose to return as riders at all. Experts note that only 70 to 90 percent of pre-pandemic ridership may return in the short-to-medium term–though in practice, many American transit systems have struggled to reach even those benchmarks. Such declines in ridership will pose significant financial challenges for transit agencies that rely more heavily on fare revenue to support operations and will prompt them to reduce service, raise fares, or seek alternative sources of revenue.

DISTRICT OF COLUMBIA—Mayor Bowser Announces New Kids Ride Free SmarTrip Cards for the 2022-2023 School Year
Government of the District of Columbia, August 16, 2022
The nation’s capital has issued “Kids Ride Free SmarTrip cards” for its 5–21-year-old residents enrolled in primary and secondary school. The cards, valid for the 2022-2023 school academic year, will enable free travel on the district’s Metrobus, Metrorail, and the DC Circulator services. Beyond making children’s commutes to school and travel to school activities more affordable for D.C. families, the program will make it easier for young residents to explore and grow in their community.

MICHIGAN—Mobility Corridor Along Michigan Avenue in Detroit Lands $25M Grant
R.J. King, DBusiness, August 15, 2022
A $25 million Rebuilding American Infrastructure with Sustainability and Equity (RAISE) discretionary grant has been issued by the US Department of Transportation to create a mobility corridor in Detroit, MI. Awarded to the Michigan Department of Transportation and the City of Detroit, the grant will be used to construct two miles of shared use space of US-12/Michigan Avenue that will include non-motorized facilities, installation of new dedicated transit, and connected and autonomous vehicle lanes. The project seeks to improve transit services and pedestrian crossings, changes intended to explicitly benefit and “better connect residents who do not or cannot drive” due to socioeconomic disadvantage.

WASHINGTON—Bisected by Highways, a Spokane Neighborhood Shapes What’s Left
Brandon Block, Crosscut, August 8, 2022
For more than 50 years, East Central, one of Spokane’s most diverse neighborhoods, has experienced America’s ever-expanding highway infrastructure—a result of the I-90 corridor, which cuts through the area, and other connecting highways. Now Washington State is adding yet another route through the neighborhood, an extension of US 395 to I-90 known as the North Spokane Corridor Project. A new state law attempts to address, in a limited way, concerns raised by local community leaders. The measure establishes a pilot program that will offer property left unutilized by the highway expansion project for community development efforts such as affordable housing and parks.

CALIFORNIA—Unsafe Speeds and Reckless Driving: Deadly Windsor Hills Wreck ‘Is the Tip of the Iceberg’
Rachel Uranga, Los Angeles Times, August 19, 2022
A violent collision that took place in Windsor Hills shines light on the rise of auto crashes nationally and risky behaviors contributing to these crashes. It also highlights the higher rate of such crashes in low-income and predominantly minority neighborhoods. To increase safety, advocates and experts call for the use of speed cameras, traffic calming, and road diets to deter speeding drivers.

PENNSYLVANIA—Pittsburgh Regional Transit Looking to Add Stations to East Busway
Julia Felton, Trib Live, August 18, 2022
Pittsburgh Regional Transit (PRT), formerly known as the Port Authority of Allegheny County, announced its “Building on the East Busway” project—an initiative that will seek to identify opportunities for equitable transit-oriented development (eTOD) and plan three new stations at Baum-Centre, Larimer and Brushton. The East Busway connects to three large job centers and transported about 24,000 daily riders prior to the pandemic. In June 2020, PRT received a $682,500 Federal Transit Administration grant to study opportunities for TOD along the busway between Oakland and Wilkinsburg.

Podcast: Not Just Bikes and Strong Towns Discuss Public Transit in North America
Charles Marohn and Jason Slaughter, Strong Towns, August 15, 2022
Jason Slaughter, best known for his YouTube channel NotJustBikes, sits down with Strong Towns founder Charles Marohn, to discuss the disconnect between land use and transit in North America. Among the topics discussed, Slaughter and Marohn elaborate on the need for improved connectivity at transit facilities as well as for more transit options in places that already have the density needed to support such modes.

New Study Finds Households with Constrained Parking Drive Fewer Miles
Chris McCahill, State Smart Transportation Initiative, August 9, 2022
A team of researchers led by Kristina Currans at the University of Arizona found that members of households with access to one or fewer parking spots drove 21 percent less than others across varied urban layouts. The team also found that household vehicle miles travelled (VMT) increased by 17 miles per day for each additional vehicle available in the household. Among many modality studies of transportation access and VMT, the research is one of the first to focus on parking availability rather than simply modal availability.

CANADA—Mayoral Candidate Ouellette Pitches Tax for Surface Lots That Would Require a Change to Provincial Law
Sam Samson, CBC News, August 18, 2022
Winnipeg mayoral candidate Robert-Falcon Ouellette wants the city to tax downtown surface parking lots as if the sites were occupied by buildings—indirectly encouraging owners to redevelop the properties. Ouellette called the surface parking lots, which occupy nearly 20 percent of downtown real estate, a barrier to economic development. He added that the proposed tax change would raise an estimated Can $65.5 million in revenue, although it would require an amendment to the City of Winnipeg charter. Additionally, another mayoral hopeful, Glen Murray, outlined a plan for improving safety on Winnipeg Transit buses and at bus stops.

IRELAND—Large New Car-free Town Planned For West Dublin
Olivia Kelly, The Irish Times, August 17, 2022
West Dublin will be the site of the City Edge project, 700 hectares of industrial land along the Naas Road where 40,000 new homes will be built to “zero-parking” standards to encourage car-free living. The local authorities’ plan specifies that the apartment blocks will not have underground parking, reducing construction costs and encouraging affordable housing development. The first 3,500 homes to be completed by 2030 will include multistory car parks as a temporary measure until new public transport links are in place.

INDIA—Delay in ToD Policy: Karnataka May Lose Rs 150 Crore Central Fund
Chiranjeevi Kulkarni, Deccan Herald, August 15, 2022
Due to delay among various stakeholders, Karnataka, a state in southwest India, could lose about Rs 150 crore (nearly US$19 million) in federal funding allocated for the implementation of transit-oriented development. The state plans to use the funds to build a model metro station that integrates multimodal transportation and high-density housing. The draft ToD policy allows increased density within a two-kilometer radius of stations along the metro corridor. The state government attributed the lapse to a delay in consulting between project partners, including the municipal government and Bangalore Metro Rail Corporation Limited (BMRCL.)