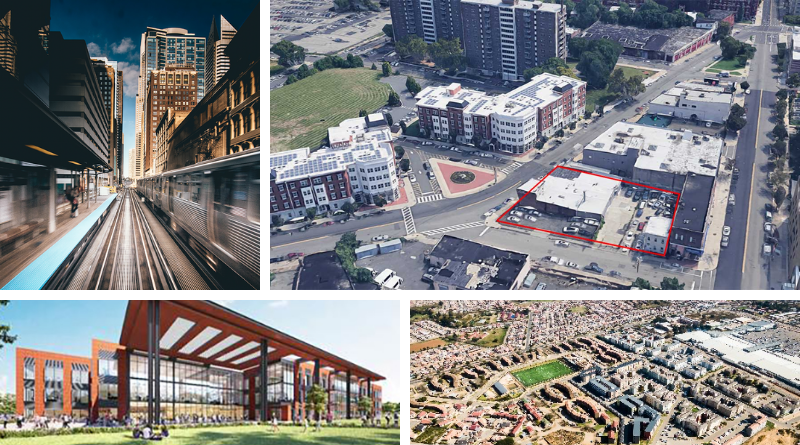 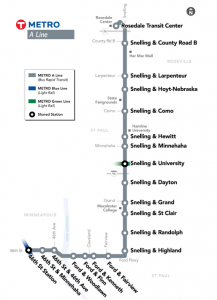 MINNESOTA—Metro Transit Bus, Light Rail Service to Return to Pre-Pandemic Levels Next Month
WCCO-TV, August 21, 2020
On September 12, Metro Transit will resume near-regular service on most of its transit service, including local bus routes, the bus rapid transit (BRT) lines Metro A and Metro C, and the Blue and Green light rail lines. The transit agency will implement these changes to better serve the community, though ridership remains only a fraction of that experienced last year. Ridership aboard buses is about half, and aboard the light rail is about a quarter, of pre-COVID levels. Express bus service will remain suspended. Riders will still be required to wear masks and are encouraged to pre-pay rides and use a Go-To card, the contactless smart card used throughout the Minneapolis/St.Paul transit system.

INDONESIA—Indonesia Puts $33 Billion Move of Capital City on Hold to Tackle Pandemic
Reuters, New York Times, August 19, 2020
Indonesia’s long-awaited move to relocate its capital from Jakarta to Borneo will take a backseat to efforts to quell the coronavirus outbreak, says master plan creator Suharso Monoarfa. Construction of the $33B project was slated to begin in 2021, but government officials are prioritizing the recovery of the nation’s health and economy, and will delay the groundbreaking until 2022 or 2023. This decision will also delay the construction and upgrades to infrastructure that will connect to the planned smart city; airports, seaports, and access roads which were to be completed before the move in 2024. Officials now worry if Indonesia will be able to afford this move after the country’s pandemic-induced economic crisis.

INDIA—Moving Urban India After the Covid-19 Pandemic
Ryan Christopher Sequeira, Hindustan Times, August 18, 2020
The coronavirus pandemic has had profound effects on travel habits and remote work opportunities in India. Sequeira dives into ways that India can adopt more sustainable strategies for urban transportation post-COVID with a focus on increasing accessibility and transit supply and pursuing long-term public health and environmental goals. Despite plans to pursue a national TOD plan in 2017, very few communities have seen developments to fruition. Sequeria presents the benefits of increased transit access and pedestrianization and envisions a radically transformed India as it moves away from auto-centricity.

15-Story Development Proposed in Newark’s University Heights
Jared Kofsky, Jersey Digs, August 13, 2020
The Newark Central Planning Board is scheduled to hear a proposal for a potential project at 18 Hoyt Street, in the city’s University Heights section. The proposal includes plans for more than 200 residential units and almost 2,500 sq. ft. of retail and commercial space. Should the application be approved, the 15-story development will stand just north of the New Jersey Institute of Technology campus in Newark, close to several bus stops and less than a quarter mile from the Warren Street/NJIT Light Rail Station.

COLORADO—KDC to Develop 1 MSF of Office Space at Peña Station NEXT Near Denver International Airport
Amy Works, RE Business Online, August 18, 2020
Developers KDC and L.C. Fulenwider will join forces to develop a master-planned, transit-oriented and mixed-use community just a 12-minute train ride to Denver International Airport and a 30-minute ride to downtown Denver. The Pena Station NEXT will have more than 800 multifamily housing units and 226 hotel rooms, as well as 1 million sq. ft. of office and retail space.

TEXAS—How This Old Gravel Mine May Become Fort Worth’s Hottest Transit-Oriented Development
Gordon Dickson, August 17, 2020
Developer Ken Newell and Fort Worth city leaders are working together to build Trinity Lakes, a proposed mixed-use neighborhood near an anticipated Trinity Railway Express commuter train station. Newell envisions multi-family town homes, retail shops, restaurants, and a grocery store for the lakeside development. Plans also call for a new network of streets to accommodate cars and to support active transportation through the development of bicycle lanes and pedestrian spaces. The City has so far raised $6.2M to construct a new sewer line and a road to connect Trinity Boulevard to the new train station.

CALIFORNIA—Hungry for Housing, Palo Alto Seeks to Lure Developers to San Antonio Road
Gennady Sheyner, Palo Alto Weekly, August 15, 2020
Following in the footsteps of neighboring city Mountain View, Palo Alto will be ramping up housing and commercial development on San Antonio Road, a major artery between the two cities. The city’s Planning and Transportation Commission recently recommended approval of a 102-unit mixed-use development and an order for environmental analysis of the 18-parcel stretch of land previously zoned for commercial use. If approved, the development could bring more than 1,800 sq. ft. of retail space and 16 units of affordable housing to the area. According to Ted O’Hanlon on behalf of 788 SAPA Land LLC, the site is near the Google campus and other companies in the North Bayshore area, within a mile of 10,000 jobs, and a Caltrain Station on San Antonio Road.

THAILAND—Thai Transport Agency Eyes Bt39-Billion Railway Project for Chonburi
The Nation/ANN, The Star, August 21, 2020
The Office of Transport and Traffic Policy and Planning (OTP) has recently begun a feasibility study on a railway system around Pattaya City, and anticipates construction of the Bt39-billion project will begin in 2023. The project seeks to promote the City of Pattaya as a regional center and connect Chonburi with the neighboring provinces of Chachoengsao, Chanthaburi, and Rayong. The real estate development area around Pattaya’s high-speed rail station will be divided into six zones: commercial areas; a local economy activity area that includes offices and retail stores; green and recreational areas; a commercial development area with shopping centers, retail shops and business start-ups; a Liveable [sic] City that will include residential areas as well as recreation areas, markets and green spaces; and a district for support services such as medical and education centers.

SOUTH AFRICA—Phase 6B and Phase 7 of the Jabulane TOD Forges Ahead
The City of Johannesburg, Press Release, August 19, 2020
​​The Johannesburg Development Agency (JDA), the City of Johannesburg’s infrastructure development agency, will continue work on the Jabulani Node, a transit-oriented development designed to revitalize the neighborhood. The project will be moving into Phase 6B and 7, the last two of the effort. The former will develop community and recreational facilities. Phase 7 will construct the Molapo Bridge, extend and upgrade an existing pedestrian bridge at Inhlazane Station, build a new pedestrian and vehicular bridge over a railway line and result in new approach roads and public environment upgrades. The Jabulani TOD is located adjacent to the main BRT route that runs through Soweto and connects with Johannesburg’s CBD.