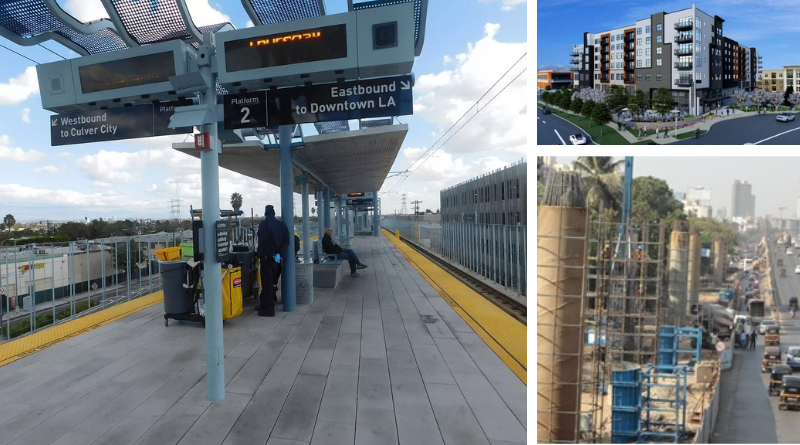 COLORADO—CDOT Kicks COVID Stimulus Money to Projects Across State; RTD Hopes to Reverse Some Layoffs
Jon Murray, The Denver Post, January 5, 2021
The second federal pandemic aid package has provided much-needed relief to Colorado’s transportation agencies. The financial boost has enabled the Colorado Department of Transportation (CDOT) to consider the resumption of several priority-list projects that had fallen prey to the pandemic including repaving portions of state and federal highways and constructing a new interchange at Powers Boulevard and Research Parkway in Colorado Springs. The funds will also enable the Regional Transportation District (RTD) to reduce layoffs and provide supplemental service on busier bus routes.

PENNSYLVANIA—The pandemic cost public transit dearly. Will Pittsburgh-area riders return in 2021?
Matt Petras, Public Source, January 5, 2021
Despite a strict capacity limit of 10-25 riders at a time per vehicle, Port Authority has seen an increase in ridership and service since the early days of the pandemic. Despite this, ridership is down 70-80 percent from pre-pandemic levels, and the agency expects a $66.6 million revenue drop this fiscal year. Activist group Pittsburghers for Public Transit (PPT) is pushing the agency to rework their routes and introduce fare programs to help lower-income riders who rely heavily on public transit. Per a report released by the group in September, 35 percent of transit riders in the area make less than $15,000 a year, and 70 percent are people of color—groups which are finding it challenging to afford public transportation during the pandemic.

PENNSYLVANIA—A Year Without a Commute for Many in the Philadelphia Region
Patricia Madej, The Philadelphia Inquirer, January 4, 2021
Perhaps the change stemming from the pandemic that has had the biggest impact on transit ridership has been the shift to telework. Moreover, whether or not people choose to come back to the workplace in a post-pandemic world may significantly impact public transit ridership revenues for years to come. Generally, commuters who biked or walked to work have expressed a greater desire to get back to the workplace than transit riders who faced longer commute times to work. Those who can afford to work from home appreciate the additional time they now have in the absence of long commutes. Stay-at-home orders and fear of public transit have reduced SEPTA ridership to about 65 percent of previous numbers aboard transit and 85 percent on regional rail.

NEW YORK—COVID Is Changing Capital Region Traffic — But Will It Last?
Jesse King, WAMC, January 6, 2021
Michael Franchini of the Capital District Transportation Committee highlights the changes in travel patterns that the pandemic has induced in the Albany region—be it a midday rush hour or a shift from public transit use to bicycling and/or walking. Transportation advocates have myriad ideas to make the most of this new-found inclination towards walking and biking by moving away from auto-centric street design. However, inadequate funding is a significant roadblock in the process, and the pandemic’s financial woes have only worsened an already dire situation.

Sweeney Bill to Enhance NJ Transit Service for Seniors & Disabled Becomes Law
EIN Presswire, January 8, 2021
Governor Phil Murphy signed into law a bill authored by Senate President Steve Sweeney to enhance transportation services for senior citizens and people with disability. The law, S-1936, requires the Department of Transportation to advertise the availability of the programs that serve the relevant groups, including information about costs, reduced fares, and hours of operation. The law will also require the Commissioner of Transportation to advertise which public transportation facilities are accessible to people with disability, including Access Link paratransit service operated by NJ TRANSIT.

Hoboken City Council Opposes Senators Stack and Sacco’s “Palisades Cliffs” Bill S3274 (and Parallel Assembly Bill A5712)
Insider NJ, January 7, 2021
The Hoboken City Council approved a resolution opposing proposed state legislation that would have allowed two neighboring mayors to use legislative powers to limit Hoboken’s control over its land use and impact its economic, housing, and public safety decisions. The proposed litigation—intended to protect the views enjoyed by residents who live in the neighborhoods above the cliffs—threatens the feasibility of plans that would affect economic development, jobs, affordable housing, and investments in Hoboken. Some at-risk plans include those that affect the region and state, including the redevelopment of NJ Transit’s Lackawanna Terminal and Hoboken Housing Authority’s main campus revitalization.

NJ Transit Board Approves Contract for Academy Replacement Covering Middlesex Bus Routes
Colleen Wilson, NorthJersey.com, January 6, 2021
The NJ TRANSIT board unanimously approved a nine-month contract with Community Transportation Inc. to provide bus service in Middlesex County until October. The agency extended the company’s contract rather than using a competitive bid process due to the urgency of providing service on Middlesex routes this month. This decision was reached after Governor Phil Murphy vetoed a contract with Academy Bus LLC when allegations emerged that the company defrauded NJ TRANSIT of $15 million over six years. Since last year, the agency has taken several steps, including updating its GPS tracking system, to ensure that private bus contractors complete trips on time. Additionally, the agency is hiring new contractors and individuals to supervise bus routes.

GEORGIA—Affordable Housing Fund Boosts MARTA TOD Program
Marybeth Lucza, Railway Age, January 7, 2021
Morgan Stanley and the National Equity Fund (NEF) will establish a $100 million fund to support the preservation of affordable housing in a one-mile radius of the Metropolitan Atlanta Rapid Transit Authority (MARTA) rail stations. Termed the Greater Atlanta Transit-Oriented Affordable Housing Preservation Fund, the program aims to incentivize and provide gap funding for owners and landlords of affordable units. In 2010, the MARTA Board adopted an affordable housing policy that requires 20 percent of residential units in MARTA TOD areas to be affordable to those earning 60-80 percent of the Area Median Income (AMI).

CALIFORNIA—Lendlease Buys $92M Site for $600M Transit-Oriented Scheme in LA
Global Construction Review, January 5, 2021
Australian developer Lendlease has acquired a 3.5-acre transit-oriented development site in Los Angeles. The site is next to the La Cienega/Jefferson light rail station, and the project will include 500,000 sq. ft. of multi-family residential, office, and retail spaces. The project is part of the developers’ plan to develop multi-family residential real estate in the US “gateway cities” of San Francisco, Los Angeles, Boston, Chicago, and New York. Construction will begin in 2023, with expected completion in 2025.

CANADA—Kirkland Centre Set for Transit-Oriented Remake
The REMI Network, January 6, 2021
RioCan Real Estate Investment Trust (REIT) and Broccolini Real Estate Group have come together to develop the Kirkland Centre in Montreal. The project will include 250,000 sq. ft. of office space, 135,000 sq. ft. of commercial space, and 2.5 million sq. ft. of residential development of varying density. The neighboring Kirkland Station on the Réseau express métropolitain (REM) light rail line will open in 2023-24. It will provide service from Montreal’s South Shore and West Island to Trudeau International Airport and downtown.

INDIA—Mumbai: MMRDA Starts Transit-Oriented Development Work at Metro Line 2A & 7 Stations
Sweety Adimulam, The Free Press Journal, January 6, 2021
The Mumbai Metropolitan Region Development Authority (MMRDA) has begun work on 30 TOD projects along Metro Line 2A and 7. The agency believes that the implementation of multi-modal integration will give commuters a seamless, safe, comfortable, fast, and modern first-and last-mile commute experience. As part of the plan, the project will include footpaths, cycle tracks, drop-off and pick-up bays for other modes of transport, landscaping, and beautification in the area of metro stations. The aim is to provide an improved travel experience to commuters and existing road users and an improved urban realm through placemaking initiatives.