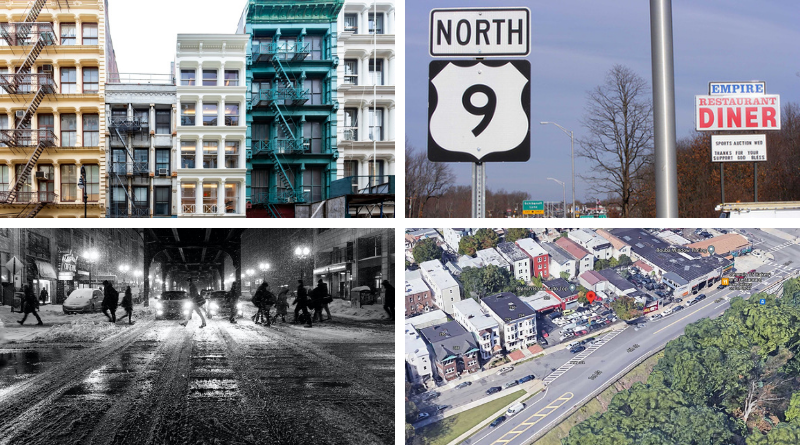 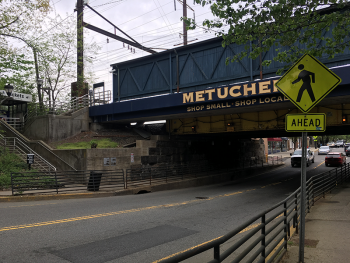 The State of New Jersey has awarded $3.8 million in FY2022 Transit Village grants to 14 municipalities in nine counties. The grants will be used to advance transit-oriented development projects. In the recent past, the program has typically allocated $1 million each year, making the FY2022 grant the largest funding awarded to the Transit Village Program in a single year. Grants range from $16,000 for bike safety improvements near Metuchen Station to $650,000 for the third phase of the village green pedestrian safety project in Summit.

COLORADO—After Years of Trying, RTD Still Struggles to Overcome Operator and Staffing Shortages
Jon Murray, The Denver Post (TNS), February 1, 2022
Over the past six years, a tightening operator shortage has become a growing crisis, and as a result, the Regional Transportation District is unable to run buses more often, extend service hours, or restore pandemic-suspended routes. According to a bus operations report filed this month, the operator hired 91 people in 2021, but 167 left the agency. Vacancies for bus drivers have increased from 134 to 174, or 18 percent, since late summer. Due to recovering ridership, Denver’s transit agency faces increasing pressure to add back services.

NEW YORK—Area Transit Agencies Seek Ways to Restore Ridership Post-Covid
Aaron Ginsburg, 6sqft.com, February 1, 2022
Many of the nation’s transit agencies continue to see reduced ridership. As an example, the MTA saw the highest ridership in the last month reach about 60.8 percent of pre-pandemic levels. Looking for ways to restore public transit ridership, the New York City-area transit agencies announced on Monday the fourth round of the Transit Tech Lab. The program aims to develop innovative solutions to improve the transit system’s resilience to extreme weather conditions as well as reduce its carbon footprint.

NEW JERSEY—COVID Surge Sidelined 125 NJ Transit Trains Last Month
Larry Higgs, NJ Advance Media for NJ.com, January 31, 2022
In late December, despite the need to cancel 125 trains as employees tested positive in the recent COVID surge and transit ridership dropped an average of 20 percent, NJ TRANSIT continued to operate 97 percent of all scheduled trips. The agency reported about 500 positive COVID cases, a number which currently stands at 250, reflecting the reduction in new positive cases in the state. Individual bus runs were canceled due to a lack of drivers, reflecting both drivers testing positive and the national shortage of those holding commercial driver’s licenses (CDL). NJ TRANSIT is currently offering bonuses to drivers who hold the necessary license and for those who have applied for a bus CDL.

OLD BRIDGE—NJ Transit, Old Bridge Could Benefit from Route 9 Development Study Over 21-mile Stretch
Susan Loyer, MyCentralJersey.com, January 31, 2022
A Federal Transit Administration grant of $470,000 was awarded to NJ TRANSIT, in partnership with Old Bridge Township, for a Transit-Oriented Development study of the Route 9 corridor in Middlesex County. The study will cover 21 miles of Route 9 and will focus on the area near several bus stops. The transit agency operates 10 bus routes within the study area, serves 80 bus stops with approximately 6,539 boardings per weekday (2019). One of the study’s main objectives is to provide a vision for redeveloping aging strip malls into transit-friendly developments.

SOUTH AMBOY—South Amboy to Receive $180,000 to Create a “Public Space” at the Train Station
John Mooney, TAPintoRaritan, February 2, 2022
140 North Broadway is set to be transformed into a vibrant public space thanks to a $180,000 grant from the state’s transit village program. City officials plan the construction of a fixed canopy, lighting, and access to electricity to support the hosting of events during the warmer months. The project follows renovations to the station and platforms, and construction of a pedestrian overpass, that were completed in 2010.

ILLINOIS—Chicago’s First Transit Rider’s Union Launches this Friday During Transit Equity Day Rally
John Greenfield, streetsblog.org, February 3, 2022
On Friday, February 4, with a focus on racial and economic equity, labor organizations, transportation advocacy groups, and environmental nonprofits will rally for transit justice at the Western Avenue Station of the Blue Line’s Forest Park branch. The event, which takes place on Transit Equity Day, Rosa Parks’ birthday, will also mark the launch of Chicago’s first transit riders union. Organizers are calling for changes such as systemwide transit station accessibility, and full electrification of buses and trains to lessen air pollution and climate change.  The rally will highlight a new transit equity report as well as a new Transit for All Coalition and the creation of a city-wide transit rider organization.

Aligning Federal Investments in Transportation with Land-Use Planning Could Create More Equitable and Sustainable Communities
Yohan Freemark, Urban.org, February 3, 2022
Decades of failure to plan for mobility and land use have potentially resulted in greater levels of economic inequality and per capita carbon emissions in the United States. Automobile dependency fuels inequality, as persons without access to a car have a harder time getting to work and to key government services. The U.S. Department of Transportation (DOT) recently announced $1.5 billion in funding to help local communities modernize their transportation infrastructure, providing an unprecedented opportunity to align transportation and land-use planning and, as a result, address inequality and improve sustainability.

FLORIDA—Officials to Vote on Banning Most Parking Waivers for New Development
Julia Echikson, commercialobserver.com, January 31, 2022
According to a public proposal, Miami city officials are considering eliminating parking waivers for new developments within transit-oriented developments and transit corridor areas. Currently, developers can reduce the size of a parking lot by 50 percent if they make a donation to a public transit fund or have the requirement completely waived if the building is smaller than 10,000 sq. ft. Developers typically seek waivers to make space for additional housing units, retail stores, and offices. In the proposed plan, these provisions would be eliminated, forcing developers to dedicate more space to parking than required currently.

MASSACHUSETTS—Beverly Creating New Design Standards for Potential Redevelopment Along Bass River
Jennie Oemig, wickedlocal.com, February 1, 2022
Beverly’s Planning Department is undertaking the review of its design guidelines for new developments. Beverly Planning Director, Darlene Wynne, stressed the need to allow developers to be creative in the projects they propose and noted that the effort coincides with the rezoning of the Bass River waterfront, which is intended to facilitate transit-oriented development (TOD) that address housing and economic development needs in an environmentally sustainable manner. However, according to the director of urban design and planning for the consulting firm Utile, Taskina Tareen, the area along the Bass River is the opposite of what a TOD area should look like.

VIRGINIA—City Council Adopts City Center Plan that Starts with Coliseum Demolition
Jonathan Spiers, Richmondbizsense.com, February 1, 2022
A plan for Richmond’s City Center is officially on the books, setting the framework for the redevelopment of the shuttered arena and other city-owned property in downtown. The plan aims to guide growth across roughly 20 blocks surrounding the 50-year-old Coliseum which is slated for demolition. Next steps will include an area-wide rezoning, and solicitations for the sale and redevelopment of the city-owned properties, which make up the majority of the 26-acre area.

INDIA—Budget 2022 | Finance Minister Aims for Land Record Digitisation, Focuses on Urban Settlements Near Transit Systems
VandanaRamnani, moneycontrol.com, February 2, 2022
The Indian finance minister announced on February 1 that states will be exhorted to adopt a unique land parcel identification number. Additionally, there were announcements made around the development of Tier 2 and 3 cities with a revamp of their building laws and the development of transit-oriented corridors in an effort to build urban capacity. The minister also said that a high-level panel will be set up for urban planning that will frame policies for sustainable urban development for India.

CANADA—Time Ticking on Transit-Oriented Communities ‘Bomb’ Dropped on Markham
Heidi Riedner, yorkregion.com, February 2, 2022
Last December, Infrastructure Ontario announced its plans for the Bridge and High Tech Stations along the Yonge North Subway Extension. The project will bring 34 high-rises, 24 of which will be 50 or more stories. The province posits that the transit-oriented communities (TOC) will reduce urban sprawl and create complete communities anchored by public transit. Some area residents and public officials are of the opinion that the Yonge subway extension will result in what they call “condo wasteland.”