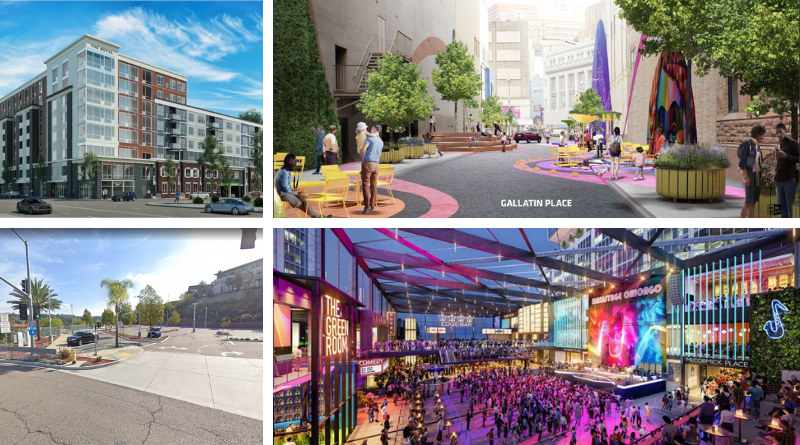 The Cleveland Planning Commission approved two community development and transit projects, which, in combination, provide a novel model for revitalizing distressed areas. The Clark-Fulton Together and 25 Connects plans offer a new vision for the Clark-Fulton neighborhood, served by a new Bus Rapid Transit line, and intended to capitalize on the ongoing transformation of Cleveland’s MetroHealth hospital campus into a “hospital in the park.” In the planning efforts, maintaining affordability is a chief concern, as the expanded hospital and new transit line have sparked worries about displacement. The plans include strategies to avert such changes by locating new affordable housing funding streams, creating a community land trust, and slowing the increase of assessed values near new, tax-abated construction.

Covid Means Remote Workers Can Live Anywhere. So Where’s ‘Anywhere’?
Eric Scigliano, Politico, October 21, 2021
So which is it? Urban decline or urban renaissance or both? Narratives and counter-narratives of COVID-induced remote work mostly tell stories of choice—contributing to some urban areas gaining residents during the height of the pandemic, and some losing population. But even in big cities experiencing population loss, this change could be attributed to the halt of immigration in 2020. One takeaway from Brookings Institution demographer William Frey is that “the pandemic has mostly reinforced and accelerated trends that were already underway, rather than creating new winners and losers in a grand reshuffle between metropolitan areas.”

Legacy Cities Can Think Big for Transformative Impact with ARP Funds
Lavea Brachman and Eli Byerly-Duke, Brookings Institution, October 12, 2021
The $130.4 billion American Rescue Plan bill made fiscal relief funds (FRFs) available for local governments hit hard by the COVID-19 pandemic. Postindustrial “legacy cities” like Buffalo, Dayton, and Detroit with “wish lists” for transformative projects are uniquely positioned to leverage the new funds. Priority for FRF funding is given to Qualified Census Tracts (QCT)—places where at least half of households have incomes less than or equal to 60 percent of Area Media Income (AMI), or a poverty rate of at least 25 percent. This requirement, paired with previously-unfunded revitalization plans and initiatives, makes legacy cities advantaged to quickly fund and implement critical projects.

NEWARK—$110M Bridge Connecting Downtown Newark and Ironbound Moving Forward
Jared Kofsky, Jersey Digs, October 22, 2021
The Newark Municipal Council is considering an ordinance to fund the development of a pedestrian overpass that would connect the Ironbound neighborhood and Mulberry Commons park, which are currently bisected by the Northeast Corridor railroad tracks. The $110 million project would be partially funded by a commuter parking tax, as well as a bond issuance.

BLOOMFIELD—Mixed-Use Project in Bloomfield Will Have 210 Rental Apartments
Eric Kiefer, Patch.com, October 21, 2021
CHA Partners have begun construction on The Royal at Bloomfield Station, a 372,000 sq. ft., mixed-use project. When completed, The Royal will comprise 210 rental apartments, 14 owner-occupied two-story brownstone units, and about 7,000 sq. ft. of retail space located near the NJ TRANSIT rail station in Bloomfield Town Center. The project will also include a municipally-owned parking garage with 304 spaces. The Royal represents the third and final phase in CHA’s redevelopment efforts, which resulted from a series of public-private partnership agreements with the Township of Bloomfield. Previous phases led to two projects: Bloomfield Station and Six Points at Bloomfield Station.

NETCONG—34 Bank, Luxury Community in Netcong, Leases All 126 Units in Less Than a Year
ROI-NJ, October 21, 2021
The developer of 34 Bank, a 126-unit luxury complex in Netcong, announced that the project was fully leased, less than a year after construction. The 34 Bank project is located within walking distance of Netcong’s Main Street and Netcong Station, which offers service on both the Morris & Essex and Montclair-Boonton lines.

WALLINGTON—‘Inclusionary’ Development with 275 Units Proposed for Wallington, Bergen County
Jared Kofsky, Jersey Digs, October 19, 2021
The Wallington Real Estate Investment Trust has applied to construct 227 market-rate and 48 affordable units near NJ TRANSIT’s Wesmont train station on the Bergen County Line. This project would be the first in the Borough of Wallington to be built near to the station; previous station area development has occurred to the east in Wood-Ridge. According to the development application, the Borough had previously rezoned the proposed property as part of its affordable housing settlement.

ILLINOIS—Chicago Awards Grants to Spur Development Near Transit in Disinvested Neighborhoods
Natalie Moore, WBEZ Chicago, October 20, 2021
Through its ETOD pilot program, the City of Chicago will award microgrants and technical assistance to 11 projects on its South and West sides, areas where the City is looking to promote equitable development. T his initiative has been spurred in part by a 2019 analysis that found that nearly 90 percent of transit-oriented development in Chicago occurred in the North and Northwest sides and downtown loop. Projects in the pilot include affordable housing, public art and placemaking efforts, and a community-owned corner store.

‘Mobility Justice’: How Cities Are Rethinking Public Transportation After COVID
Dan Zukowski, Grist, October 19, 2021
As the future of commuter-oriented rail networks remains in doubt, advocates discuss how to increase equity of access in transit systems by championing investments in bus networks. According to Yonah Freemark of the Urban Institute, in the last decade buses received less than eight percent of national public transportation funding.

NEW YORK—Downtown Brooklyn’s Greener, Car-Free Future Is Taking Root
John Surico, Bloomberg CityLab, October 21, 2021
Downtown Brooklyn, which boasts nine subway lines in its vicinity, has seen a wave of new development since a 2004 rezoning. Now a master plan from firms Bjarke Ingels Group and WXY looks to remake its car-centric streets—replacing them with a network of design interventions that slow auto traffic, and prioritize pedestrians, bicyclists, and transit.

VIRGINIA—Norfolk Is Offering Free Plans To Incentivize Missing Middle Development
Cinnamon Janzer, Next City, October 21, 2021
The City of Norfolk approved a “Missing Middle Pattern Book” that provides free architectural designs for various unit types that can be configured into duplex, triplex, multiplex, or townhouse structures and can be adapted for varied lot sizes. Missing middle housing is a set of building typologies that span the range between single-family homes and large multifamily developments. The construction of many of these housing types became scarce following the second World War. Missing middle housing can diversify an area’s housing stock, reduce housing costs, and enhance the housing ecosystem by providing, for example, smaller living arrangements for seniors or students.

CALIFORNIA—Affordable Housing Complex Proposed Near Rancho Bernardo Transit Station
Elizabeth Marie Himchak, San Diego Union Tribune, October 20, 2021
Affirmed Housing, which specializes in affordable, veteran, senior, and supportive housing, has proposed building a 100-unit apartment complex on an underutilized parking lot at the Rancho Bernardo Transit Station, a bus facility in San Diego. In 2019, the San Diego City Council adopted a policy that allows multifamily housing complexes in a transit priority area (within a half-mile of an existing or planned transit facility) to provide no parking. Plans for this project, which is in an early stage, are for 0.7 to 1 parking space per apartment.

ILLINOIS—Massive One Central Development Plans Call for Concert Venue, Retail and Restaurants Near Soldier Field
Lauren Zumbach, Chicago Tribune, October 18, 2021
The developer of the $20 billion One Central project, a mixed-use mega development near Soldier Field in Chicago, announced details on the transit center component of the project’s first phase. The center will connect Metra, Amtrak, and CTA trains with a new bus or tram route that will take riders to nearby destinations, such as Navy Pier and Millennium Park. The transit center will be located adjacent to 1.4 million sq. ft. of retail, restaurant, and entertainment amenities. At full build out, One Central will also comprise 9,050 residential units and 9.45 million sq. ft. of office space.

NEW ZEALAND—New Zealand Lawmakers Propose Countrywide ‘Medium Density Residential Standards’
James Brasuell, Planetizen, October 20, 2021
Lawmakers in New Zealand are considering proposals to allow by-right construction of buildings of up to three stories on most sites in cities. The bill will complement the Governments’ National Policy Statement on Urban Development (NPS-UD), which eliminates height limits of less than six stories and minimum parking requirements in designated urban areas. A PricewaterhouseCoopers analysis projected that the new policies would allow for the creation of between 48,200 and 105,500 new housing units in New Zealand within the decade.