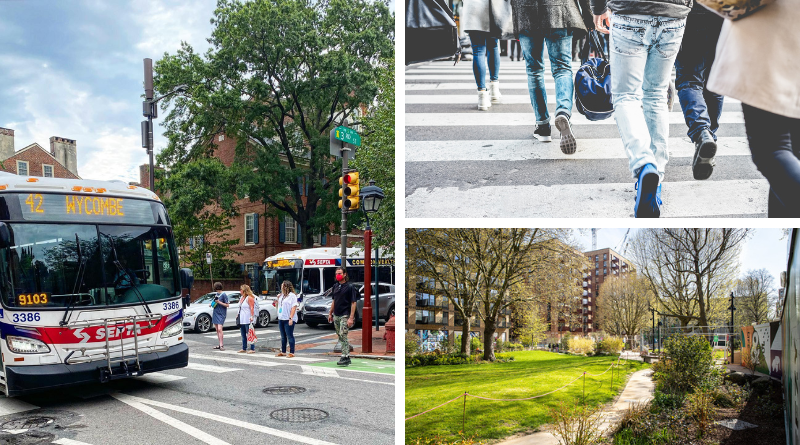 Thanks to the work of @laurafriedman43, we’re prioritizing people and the planet over cars. pic.twitter.com/nCURn94kqy

— Office of the Governor of California (@CAgovernor) September 22, 2022

On Thursday, Governor Gavin Newsom signed AB 2097, which eliminated parking requirements for new housing and businesses located with a half-mile of a public transit facility. Developers may still chose to build parking, but local jurisdictions can no longer require them to do so. The cost of parking can add to the price of housing. Requiring parking, through parking minimums can contribute to an oversupply of under-utilized spaces, increased car ownership, and traffic congestion.

CALIFORNIA—LA Looks to Beat New York Back to Pre-Pandemic Transit Ridership
Skylar Woodhouse, Bloomberg, September 23, 2022
Stephanie Wiggins, head of the Los Angeles County Metropolitan Transportation Authority (LA Metro), has set a ridership goal of returning to pre-pandemic levels by mid-2023, faster than other cities such as New York and Chicago. LA Metro ridership is currently about 70 percent of pre-pandemic levels; on buses, ridership stand at about 75 percent. The New York Metropolitan Transportation Authority (MTA) may not regain full pre-pandemic ridership until about 2035. The system’s weekday ridership is currently at about 60 percent of pre-Covid levels.

NEW YORK—Disabled New Yorkers Face Off with MTA over Dropped Mask Mandate
Candace Pedraza, The City, September 22, 2022
Advocates and people with disabilities spoke out at the New York Metropolitan Transit Authority’s (MTA) board meeting against a recent change that lifted the requirement to wear masks when riding agency vehicles. Representatives from the Brooklyn Center for Independence of the Disabled, the Center for Independence of the Disabled New York, and others criticisized the move and the way the agency messaged the new policy through its “You Do You” campaign. Riders can still elect to wear masks. “One-way masking” can be effective for people in enclosed spaces, though CDC guidance for immunocompromised and disabled people also depends on local case numbers and risk levels.

How did the COVID-19 pandemic change America, according to new Census data?
U.S. Census, September 21, 2022
The U.S. Census released analysis of the 2021 American Community Survey; data from 2020 were withheld due to low response rates. Between 2019 and 2021, the share of workers working from home more than tripled from 5.7 to 17.9 percent and length of commutes decreased. Over the last two years, households that spend over 35 percent of their income on rent increased by 2.6 percent. Also, 44 states experienced decreases in population aged 85 or older, attributed to pandemic-related fatalities.

NEW YORK—Is New York City Finally Returning to the Office?
Nicole Hong and Emma Goldberg, New York Times, September 16, 2022
On September 14th, the New York City metro-area exceeded 3.7 million daily riders for the first time since March 2020 when the U.S. experienced its first wave of COVID-19. Optimism regarding NYC ridership recovery is tempered by significant shifts in the workplaces of white collar workers. Despite efforts by the NYC mayor and business leaders to get employees back into offices—which could benefit transit ridership and local businesses—only 9 percent of city office workers have returned to five-day in-person workweek. Bicycle and automobile travel have also gained ground among commuting New Yorkers, further complicating a return to “normal” commute patterns in the Big Apple.

Not Everyone in N.J. Is Against NYC’s Congestion Pricing Plan
Larry Higgs, NJ.com, September 22, 2022
Much has been made about how plans for congestion pricing in midtown Manhattan will adversely affect commuters driving from New Jersey. Representatives from transit advocates to safe streets groups, however, voiced their support for the plan at a rally near Exchange Place PATH station in Jersey City, citing potential environmental and congestion benefits. One suggested way that the plan could be improved, however, is that some of the collected funds be used to support transit in New Jersey, as it will be for services in New York.
Note: A paid account may be required to access article.

Achieving Equitable Mobility
Daria van Engelen, Mass Transit, September 20, 2022
The relationship between fare-free transit and equitable transit service requires thinking about the demographics of transit riders and opportunity costs born by specific groups of riders. Transit riders tend to be more socioeconomically marginalized than the American population overall, so better service can promote more equitable mobility. Better service requires funding, however, and overlooking fares as a revenue source could limit service quality and extent. Achieving equitable mobility may also leverage modern advances in technology and transit equity policy such as fare capping (establishing a maximum charge to a rider for all daily, weekly or monthly trips) or provide contactless payment cards for the unbanked.

CALIFORNIA—Gov. Newsom Vetoes Bill to Fund Free Transit for California Students
Ryan Fonseca, LAist, September 15, 2022
A bill that would have provided Californian students from K-12 schools, Californian public universities, and community colleges with free public transit service was vetoed by the governor. Advocates lament the lost generational impact that the bill could have made if it had passed: young Californians could have counted on free public transportation and develop those travel patterns as they come into adulthood. More equitable access for young people would foster greater independence for the next generation of transit riders and help reach societal climate goals by reducing automobile trips. 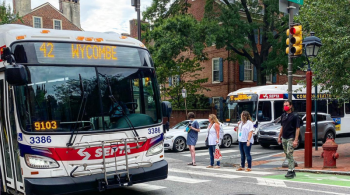 WASHINGTON—Light Rail Extensions Influencing Developments Up and Down the Eastside
John Stearns, 425 Business, September 20, 2022
The light rail extensions to Seattle’s East Side have come to define development in the area. Firms such as Amazon and Meta have chosen to situate new corporate campuses along the planned East Link Extension. Microsoft has long supported the expansion of the light rail and will benefit from two stations proximate to its main campus in Redmond. These developments show that light rail can spur office-based TOD in addition to residential uses and will allow for Puget Sound communities to keep pace with job growth.

MARYLAND—For the First Time, Southern Maryland’s Transit Dreams Are Showing Signs of Life
Bruce DePuyt, WTOP News, September 19, 2022
Having secured a $5 million earmark for federal funds to match state funding, Maryland legislators are now exploring the development of a “Southern Maryland Rapid Transit Project.” The project would serve area workers who commute to Washington, D.C.—73 percent of local adult workforce—and ultimately allow fewer commutes by cars. A 2017 study by the Maryland Transit Administration suggested adopting BRT and mixed-use TOD in the region. Advocates, however, are now reconsidering light rail given the new funding and the possible use of alignments along Routes 5 and 301.

What the Inflation Reduction Act Did, and Didn’t Do, for Sustainable Transportation
Yonah Freemark, Urban Institute, September 12, 2022
The Inflation Reduction Act (IRA) introduced many benefits to industry, infrastructure, and decarbonization, but its emphasis on the electrification of automotive vehicles falls short of realizing a sustainable transportation system. Given that transportation remains the nation’s largest source of emissions, the reductions accrued by switching to electric vehicles (EVs) are substantial but so are the climate burdens that will continue with their use due to sourcing energy from coal and oil powerplants. The IRA provides no direct incentives to individuals to ride transit, bike, or walk despite giving thousands in tax credits to EV purchasers. The IRA does offer capital funding for public transit projects, but achieving environmentally sustainable transportation would necessitate less preference towards EV technology over reliable infrastructure for biking, walking, or public transit.

UNITED KINGDOM—A Key to Controlling Emissions: More Buildings in a City’s Unused Spaces
Peter Wilson, The New York Times, September 19, 2022
Elephant Park, formerly the site of a 1,200-unit public housing project on three-acres, will soon be a new neighborhood comprising 2,924 apartments and townhouses. Nearly 2,000 units have already been built and those living there have access to amenities such as new grocery stores and other shops as well as rail and Underground stations. Though questions of gentrification remain, some are looking at such infill projects as part of the solution to fighting climate change.

CANADA—Developer Paying for Transit for Users of Surrey Complex in Pilot Study
Ian Holliday, CTV News Vancouver, September 16, 2022
PCI Developments, the company behind the mixed-used development at the King George SkyTrain Station in Surrey, will provide pre-loaded Compass Cards valued at CAN$150 each to 250 residents and workers as part of a study to assess the effect of subsidized transit. Such transit subsidies are an option for developers to meet sustainability requirements in some municipalities but there exists little data on the impact of such subsidies.