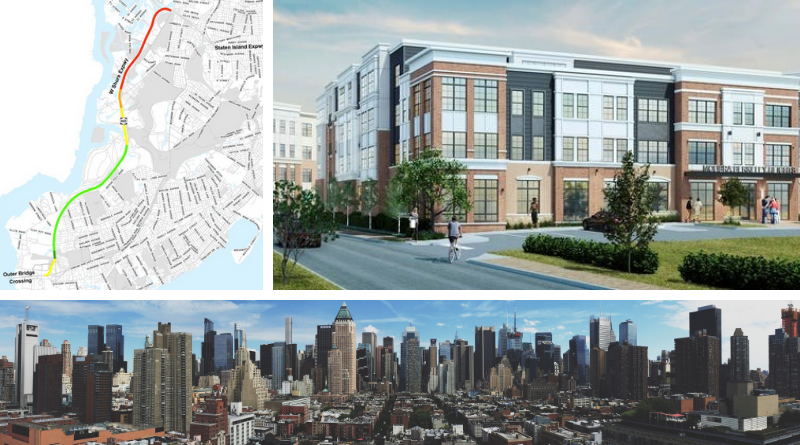 The Uncertain Future of Corporate HQs
Richard Florida, Harvard Business Review, September 18, 2020
With the advent of COVID-19, many have proclaimed the death of the office—and of urban life, for that matter. And while the prevalence of working from home appears to have staying power, the past provides clues to the future of work and cities, and crises can accelerate trends already at play. Florida, University of Toronto professor and the author of books on the “Creative Class,” explores economic, political, and social trends—the pandemic, housing costs, gentrification, racial and economic justice—that are likely to impact corporate locations and the nature of work. Among the trends explored is corporations acting as “serious and invested” community partners, such as Prudential Insurance in Newark, New Jersey—Florida’s birthplace. 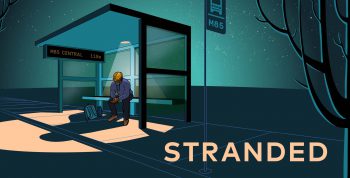 Stranded by Transit Cuts: What We’ll Lose Without More COVID Emergency Aid
TransitCenter, September 30, 2020
A new report from TransitCenter and the Center for Neighborhood Technology examines the effect of service cuts in 10 regions that could result if transit agencies are denied additional emergency funding. Stranded summarizes the impact of severe service cuts in Chicago, Atlanta, Boston, Denver, Miami, Cincinnati, New York, Philadelphia, Seattle, and Los Angeles and finds that more than 3 million people and 1.4 million jobs would lose access to frequent transit. The analysis looks at the potential impacts of budget shortfalls—not specific transit agency proposals. Those who would be most affected by this loss of service include Black and Hispanic residents, second- and third-shift workers, people with disability and those people who are transit-dependent. 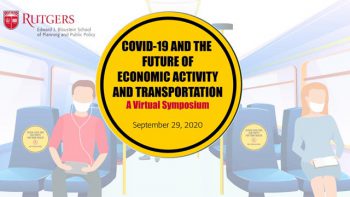 NEW JERSEY—COVID-19 and the Future of Economic Activity and Transportation
Edward J. Bloustein School, Rutgers University, September 29, 2020
On September 29, the Bloustein School’s Alan M. Voorhees Transportation Center at Rutgers University convened a day-long virtual symposium to share information and gather input from sector leaders regarding COVID-19 responses and their thoughts on the post- pandemic world. The discussion focused on the future of work, housing, commercial real estate, tourism, hospitality, retail and entertainment in the New Jersey and New York metro region. The event, which was planned in close consultation with NJ TRANSIT, brought together 25 local, national and international experts in conversations about the ongoing pandemic, economic recovery and the future of transportation and mobility in the region. Recordings of the event are available.

Berkeley Heights Approves 173-Unit Apartment Building with Affordable Units
Mike Deak, Bridgewater Courier News, September 30, 2020
Berkeley Heights Borough recently approved the development of 173 apartments to be built at the end of Lone Pine Drive (article misstates location). The Modera Berkeley Heights, to be developed by Mill Creek Residential of Jersey City, will include 26 affordable units. The site abuts the NJ TRANSIT right-of-way and is located less than a half mile from the Berkeley Heights Station.

Next Month, All Newark Airport Shuttle Buses Will Be Green and Clean
Larry Higgs, NJ Advance Media for NJ.com, September 24, 2020
The Port Authority of New York and New Jersey recently announced that it will complete conversion of its fleet of diesel shuttle buses to battery-powered electric buses three months ahead of schedule. The agency maintains a fleet of 36 vehicles in service at the airports. The bus conversions are part of the agency’s commitment to convert half of its fleet of light-duty vehicles to electrics. NJ TRANSIT is also working towards the electrification of its fleet, with an eight-bus test in Camden, approval of a contract to upgrade a bus garage with bus charging infrastructure, and additional electric bus studies in Hamilton, Maplewood, and Jersey City.

NEW YORK—MTA Hits Brakes on High-Speed Busways for Transit-Starved Staten Island
Clifford Michel, The City, September 27, 2020
The New York MTA has recently put its plans for two bus rapid routes (BRT) on indefinite hold due to the agency’s devastating budget shortfall. In September, the MTA was scheduled to release a draft environmental impact statement for the North Shore Bus Rapid Transit project, a route that would connect old railroad lines, elevated viaducts, and dedicated bus lanes in West and North Shore neighborhoods. A second project is the West Shore Alternative Analysis, which examines options for serving Staten Island’s West and South shores. In April, the agency was to choose between a route that would link the South Shore to Newark Airport and one that would connect to Bayonne, NJ.

MASSACHUSETTS—Photos: Green Line Extension Marks Halfway Point to Completion
Christian MilNeil, StreetsBlog Mass, October 2, 2020
If all goes according to plan, the MBTA’s extension of the Green Line to the northwest into Somerville and Medford should be completed and opened by the end of 2021. This month marks the halfway point in the project, which will add six new stations along two new branches, as well as the relocation and reconstruction of Lechmere Station in East Cambridge. This photo essay documents work along the extension as well as nearby development, such as plans for transit-oriented development near Gilman Square Station in Somerville.

MICHIGAN—Detroit Creates $48M Fund to Help Developers Build More Affordable Housing
Nushrat Rahman, Detroit Free Press, September 29, 2020
Detroit Mayor Mike Duggan recently announced the establishment a new fund to address housing instability in the city. The Detroit Housing for the Future Fund would offer developers low-interest loans, private grants, and other financial tools to preserve and create affordable housing. The new fund is a public-private partnership with an initial investment of $48 million and a goal of $75 million. Commitments have come from JPMorgan Chase ($15M); Flagstar Bank, Citizens Bank and First Independence Bank ($15.5M); and the Kresge Foundation ($10M). The funds will be used to finance housing for residents whose income is at or below 60 percent of the area median income (AMI). The fund will provide several forms of financing, including pre-development grants, assistance with capital needs, low-interest loans and "developers of color" grants for Black developers and people of color. The Fund is part of the City's 2018 plan to preserve 10,000 existing units and develop 2,000 new units.

The Secret to Building a Smart City That’s Antiracist
Eliza McCullough, The Fast Company, September 28, 2020
The smart city model—and its ubiquitous information—to a large degree relies on individuals freely sharing personal data in exchange for access. Most efforts claim to apply these efforts uniformly across all urban residents, but all too often the technologies used—drones, AI, etc.—result in hyper-surveillance of communities of color. Moreover, smart city expansion is sought, in part, to spur investment and redevelopment, which in turn can accelerate gentrification and displacement of the very communities from which information is extracted. According to McCullough, an associate at PolicyLink, one way to address these concerns is to promote collaboration with people of color and other marginalized groups through active engagement and shared resources to address their specific needs.

INDIA—How Can Delhi Provide Affordable Housing Near Transit to Its Poor
Shantanu Gupta, DownToEarth, October 1, 2020
Rural-to-urban migration brings millions of lower-income individuals looking for work and financial security to Delhi each year. Many find themselves housed in slums and squatter settlements known as “Jhuggi Jhopdi clusters,” located far from workplaces and affordable transportation options. The megacity faces a mounting housing shortage and may need to build and upgrade about 4.8 million houses by 2022 to house a third of its population that lives in this sub-standard housing. The question remains, however, whether this housing will be built “in situ” (as called for in the Master Plan for Delhi 2021) or near existing public transportation assets.