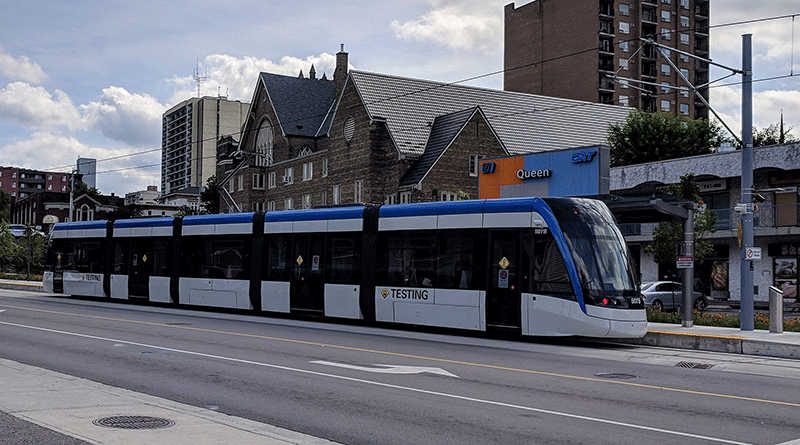 NJ Transit to Offer Weekend Service at Avenel for First Time in 34 Years
NJBiz Staff, NJBiz, September 6, 2019
Beginning September 8th, NJ TRANSIT will add a full schedule of weekend service and expand weekday service by over 40 percent at Avenel Station. The station has not offered weekend service since April 1985. NJ TRANSIT President and Chief Executive Officer Kevin Corbett stated that the expansion of service will spur economic growth in and around Woodbridge while simultaneously improving the quality of life for hundreds of Avenel riders who utilize that station on a daily basis.

As It Plans New NYC Bus Terminal, Port Authority Gets Earful from Commuters
Brenda Flanagan, NJTV News, September 6, 2019
The Port Authority of New York and New Jersey (PANYNJ) is considering three potential designs to replace their bus terminal on 8th Avenue at 40th Street in midtown Manhattan. The bus terminal sees a total of 260,000 daily passenger trips, with an anticipated increase of 30 percent in the next two decades. PANYNJ expects to complete the terminal replacement by 2030 with the possibility of breaking ground by 2022. PANYNJ is accepting comments on the new terminal from commuters and others by email through September 18th.

WalletHub Study Ranks Jersey City 6th Best City in Nation for Public Transportation
Insider NJ, September 10, 2019
WalletHub, a personal-finance website, recently publicized its report on 2019’s Cities with the Best & Worst Public Transportation. WalletHub’s study compared 100 cities across 17 key metrics ranging from share of commuters who use public transit and average age of the fleet to peak hours spent in congestion and number of injuries in order to determine the most transit-friendly places in the US. The study ranks Jersey City, NJ as the 6th best city for public transportation, ahead of New York, NY ranked as the 7th best city for public transportation.

People Assume Transit Causes Displacement. Does It Really?
Ely Portillo, Plan Charlotte, May 14, 2019
Research out of the University of North Carolina Charlotte’s Department of Geography and Earth Sciences indicates that the effects of transit on neighborhoods is more complex and context-specific than the common narrative surrounding transit and gentrification-driven displacement. Their study of transit-adjacent neighborhoods, on average, did not find a broad-based displacement effect in the US over a 43-year window. The study is expected to conclude in the summer of 2020.

Federal Transit Agency Approves Honolulu Rapid Rail Plan
Associated Press News, September 6, 2019
According to US Senator Brian Schatz, the Federal Transit Administration has approved the rail recovery plan submitted earlier this year by the Honolulu Authority for Rapid Transportation. The rail recovery plan presents Honolulu’s workable proposal for the completion of the 20-mile rail line. The rail line, originally slated to be completed next year, is now expected to be completed in 2026 for a total cost of $9.2 billion.

Why Urbanism Is Good for Children and Teens
Dan Reed, Greater Greater Washington, September 9, 2019
Urban neighborhoods are attracting young adults and senior citizens but, despite popular assumptions, good urbanism can also be beneficial for kids and teenagers as well. Sociologist Ray Oldenburg writes that teenagers are a litmus test for a neighborhood’s “vitality” in his book “The Great, Good Place,” noting that suburbs provide teenagers with limited opportunities for social interaction with their peers or to act independently.

New Building with 217 Apartments Coming to Main Street Near Medical Campus
Jonathan D. Epstein, The Buffalo News, September 11, 2019
Cedarland Development Group and Utah developer Blackfish Investments have partnered to bring a new residential project to the City of Buffalo, NY. The $35 million project, the Grid, will be located on the same block as a Metro Rail station. The Grid is being designed as a TOD project featuring architectural lighting designed to mimic the street pattern along Main Street, simultaneously indicating where the Metro Rail train is moving along its route.

Tactical Transit Report Just Released
Street Plans, September 11, 2019
The Transportation Research Board of The National Academics of Sciences, Engineering, and Medicine has just released Street Plans’ newest research report, Fast-Tracked: A Tactical Transit Study. The transit study focuses on how North American cities are turning to the Quick-Build methodology to expand transit options, improve service and increase ridership through a comprehensive look into projects that utilize low-cost materials and fast-tracked timelines to expand transit. The projects identified in the study demonstrate improved transit speed, access, and ridership priced at a fraction of the cost and time in comparison to conventional projects.

Map Revels [sic] Massive Expansion of Sydney Metro Network With 39 New Stations
Benedict Brook, News.com.au, September 9, 2019
A proposed four-line Metro network for Sydney could incorporate 39 new stations as part of a multibillion-dollar network to provide cross-city rail connections. Sydney’s west, north shore and eastern suburbs would benefit from 17 entirely new stops. The remainder of the 39 stations would interchange with existing transport hubs. Construction is slated to begin by 2022; however, the project could take up to four decades to complete.

New Rental Apartment With Retail Space Planned For Mississauga
Ashley Newport, Insauga, September 9, 2019
Boardwalk and RioCan have recently revealed plans for a mixed-use development project that could bring an estimated 470 residential rental units to Mississauga. The project will be located along the new Hurontario LRT line at 60 Bristol Road East within the Hurontario Street Intensification Corridor. The City of Mississauga’s future development growth will be largely directed to “intensification,” mixed-use corridors that will support frequent transit service on the Hurontario LRT line.

Public Transit Investment Spurs Renewal In Downtown Core
Jennifer Lewington, The Globe and Mail, September 10, 2019
Waterloo Region’s $818-million light rail train (LRT) system, the Ion, has proven extremely popular since opening this past June. Commissioner of Planning, Development and Legislative Service for the Region of Waterloo Rod Regier has noted that in the eight years leading up to the opening of the Ion, the private sector has invested over three times what it cost to build the system. The Ion is designed to limit sprawl, intensify downtown development and create a convenient location for the region’s younger demographic to live and work in proximity to necessary amenities.