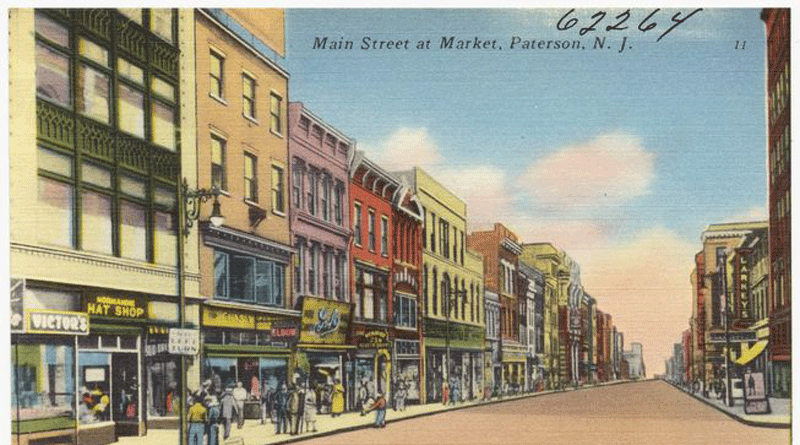 Newark to Amazon: We’re the socially responsible choice for new headquarters
By Joan Verdon, North Jersey Record, October 2, 2018
Could doing good sway the decision for Amazon HQ2 in favor of Newark? According to supporters of Newark’s bid, Amazon could dramatically improve its social responsibility ranking as a “just” corporation from 55th to 9th by locating in this NJ city and applying its existing practices. 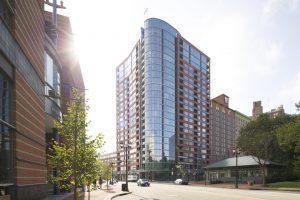 Newark’s first luxury high-rise in 50 years opened Wednesday. It’s called One Theater Square. The project stands adjacent to the New Jersey Performing Arts Center and offers 245 studio, one- and two-bedroom units, with 24 set aside as affordable housing. The project was developed before the establishment of the city’s new inclusionary zoning ordinance that requires developers seeking a variance from the city or a tax abatement to set aside 20 percent affordable housing units. The project received support from the NJ Urban Transit Hub Tax Credit program and from the city.

Bayonne, N.J.: Grit Gives Way to Luxury, and Skee-Ball
By C.J. Hughes, NY Times, October 3, 2018
Some in once-booming Bayonne would like to replicate Jersey City’s status as a bedroom community of New York City. Served by the Hudson-Bergen Light Rail, the community is showing signs of improvement. There is a new ferry to Manhattan, improved infrastructure, new business on Broadway, and 6,000 new apartments that are either open, under construction, or in the works. 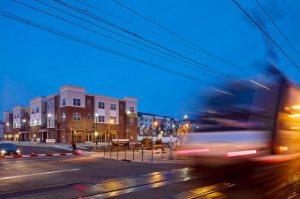 These apartments were designed for New York City commuters
By Steve Strunsky, NJ Advance Media, October 5, 2018
Completion of the final stage of the Link at Aberdeen Station, a 227-unit rental development, is underway. NJ TRANSIT sold 1.7 acres of land near its Matawan-Aberdeen Station on the North Jersey Coast Line to the township to support the project, but retains rights of way that allow access to its tracks. The station area was designated as a NJ Transit Village in 2003. 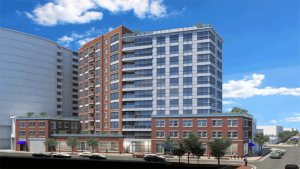 A ‘transit-oriented’ success story
By Bill Smith, Evanston Now, September 29, 2018
The Centrum Evanston project might have been seen as an experiment by some in the community north of Chicago. Approved in 2015, the 101-unit, 12-story building, located near the Davis Street Station, provides just a dozen parking spaces on site and leases 101 spaces from the city at the Maple Avenue garage two blocks north. The building was completed last October and was fully leased by June.  Roughly half the tenants live car-free, and roughly 40 of the spaces reserved for tenants at the garage are regularly used.

Governor Brown signs bill to ease development around BART stations
By John Woolfolk, San Jose Mercury News, October 1, 2018
Supporters said Assembly Bill 2923 would speed up housing development where it’s most needed and often most contentious. The bill calls for BART to develop 20,000 homes throughout the system by 2040, with 35 percent offered at below market rate.

Long-vacant downtown Haverhill building gets new life
By Mike LaBella, Eagle Tribune, October 1, 2018
The Haverhill, MA project will feature 24 market-rate loft apartments and 3,500 square feet of retail space. Developer David Traggorth of Traggorth Companies of Boston said it was important to create housing in gateway cities such as Haverhill; he also emphasized that housing should be close to a transportation hub. Gateway cities are midsized urban centers that anchor regional economies. Many face economic challenges despite their numerous assets and unrealized potential. The Massachusetts legislature has defined 26 cities as gateway cities. 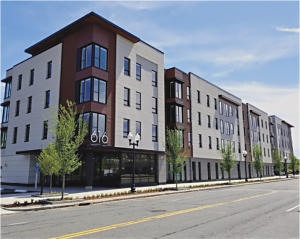 West Hartford’s multifamily development mushrooms
By Gregory Seay, HartfordBusiness.com, October 1, 2018
West Hartford, CT is the scene of a wave of multifamily construction. Fueling the boom is demand for newer, amenity-laden housing catering to millennials, and access to a CTfastrak station. The community is also prized for its high quality schools and proximity to downtown Hartford. 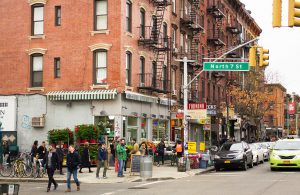 No subway, no worries: Developers offer incentives to lure tenants off train lines
By Cait Etherington, 6sqft.com, October 3, 2018|
Subway access has long been a key factor for most New Yorkers when they enter the housing market. There are signs, however, that subway access may no longer matter as much as it did. Developers are pouring money into projects located off the subway line and are offering tenants transportation incentives such as bikeshare memberships, rideshare gift cards, and free shuttle rides.

Lose the Loop? Gold Line officials torn over downtown rapid-transit bus route
By Bob Shaw, Pioneer Press, October 3, 2018
Opposition from two Ramsey County, MN commissioners has put into doubt a proposed two-mile extension of the rapid-transit bus line through downtown St. Paul. Loop proponents say the extension is necessary to boost ridership in order to qualify for federal funding and to compete with comparable cities like Portland, OR and Charlottesville, VA. 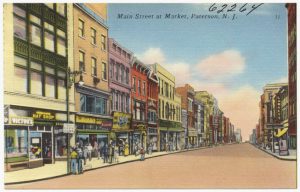 What makes a city a good place to get old?
By Lloyd Alter, Mother Nature Network, October 2, 2018
Plans using “smart growth” features may make it easier for everyone to get around. In Creating Places to Age in New Jersey, NJ Future’s Tim Evans recommends fixing what we already have to make our housing supplies more aging-friendly via zoning to allow for apartment buildings, townhouses, accessory apartments and other housing types to appeal to older residents.
Disclosure: Tim Evans is a member of the NJTOD.org editorial board.

Portland moves to preserve affordable homes near new MAX line
By The Oregonian/OregonLive, October 4, 2018
To address concerns that a new proposed light-rail line would lead to gentrification, Portland, OR has released its plan to buy up low-rent housing along the planned route and bank land for future affordable housing developments. The city would create an urban renewal district comprising hundreds of acres in southwest Portland to fund the plan. Urban renewal districts can issue debt to pay for projects within their boundaries. If approved, the new district could make available between $47 and $119 million, with at least 45 percent of the funds going toward housing projects, and the remaining portion supporting the light-rail line.