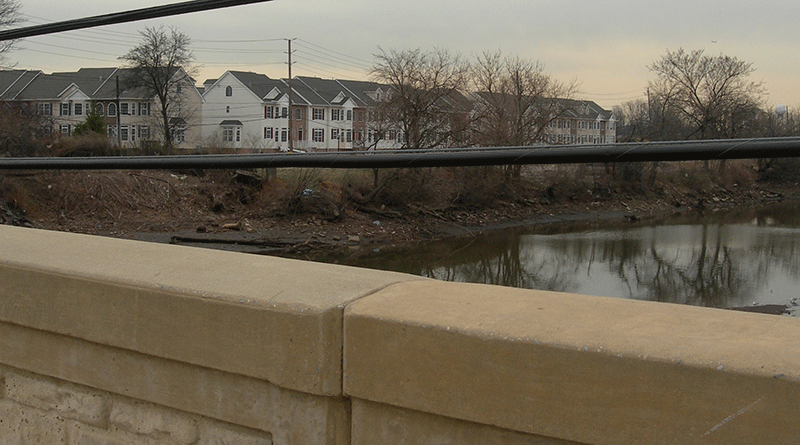 Since Rahway was featured in our first issue, a lot has been happening in this Transit Village as it continues toward its redevelopment goals. 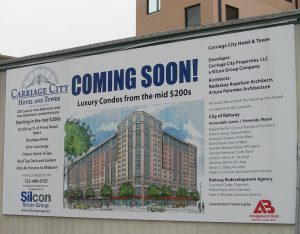 Riverwalk at Rahway is an 86-unit townhouse project on nine acres along the east side of the Rahway River. It is a five-minute walk to the NJ TRANSIT train station along the Northeast Corridor. Three buildings have been completed with 20 units sold or under contract. The sales agent for the developer, Diversified Communities, reported that buyers clearly value the easy access to the train. Prices currently range from $400,000 for a 1,455 square foot unit to $550,000 for 2,300 square feet. Diversified has just purchased an adjacent hotel site along Route 1 & 9 and plans to extend Riverwalk to include stacked flats at this location. Part of the site along the Rahway River will become Riverwalk Park and will feature a restored natural habitat, a walking/bike path and a boathouse for non-motorized watercraft.

Building permits are about to be issued for a 15-story mixed-use project opposite the train station, to be known as Carriage City. The building, being developed by Silicon Group, will feature 20,000 square feet of retail and office space, 102 extended-stay hotel rooms, and 200 one- and two-bedroom residential condominiums.

Dornoch Holdings, LLC, of Morristown, New Jersey, now has three ongoing developments in Rahway after purchasing $12 million worth of properties in the Central Business District.

The first is a 36-unit residential project at Main and Monroe Streets, with 6,000 square feet of retail space at grade and parking for residents underground. Construction is expected to begin soon.

The third project is the redevelopment of the Hamilton Laundry site, near the Union County Arts Center, into artist lofts and studio space, a restaurant and comedy club, plus market-rate housing. Gardens, landscaped open space and courtyards, and a bridge across the river are proposed as part of this plan. The city is currently engaged in asbestos removal on the site.

Heartstone Development, LLC, of East Hanover will soon be building 150 rental units two blocks west of the train station once acquisition of properties now on the site is complete. Heartstone is also the developer of River Place—a 136-unit market-rate apartment complex on the corner of Dock and Lewis Streets completed in 2004, becoming the largest privately-funded residential housing development to be built in the Central Business District in 25 years.

Landmark Communities, LLC, of Princeton and Keasbey, New Jersey, is now clearing the site for its $20 million Park Square project that will feature 159 units of market-rate rental housing.